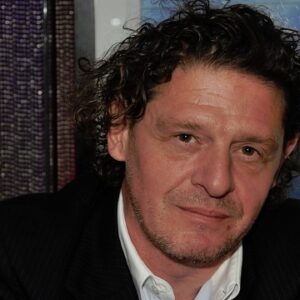 Marco Pierre White is a well-known British chef and restaurateur who has been labeled the UK restaurant scene’s first celebrity chef. White, dubbed the “Godfather of Modern Cooking,” was the youngest chef to win three Michelin stars and still retains the record. He was also the first British chef to get the prestigious award. White was a torchbearer who revolutionized the face of British food. No one had ever mentioned cuisine from the British Isles before him. He not only revolutionized the concept but also elevated British cuisine to the forefront. He became a British cooking celebrity, and a new generation of aspiring chefs and restaurateurs look up to him for inspiration, referring to him as their “countertop muse.” Mario Batali, Gordon Ramsay, Curtis Stone, and Shannon Bennett are just a few of the famous and well-known chefs he has taught. However, after a seventeen-year career in cooking, White discovered that his earnings were insufficient. As a result, on December 23, 1999, he retired as a chef and made his final supper as a professional chef. White has continued to work as a restaurateur since then. He’s also made a number of appearances on cooking shows and reality competitions.

In Leeds, England, on December 11, 1961, Marco Pierre White was born parents to English chef Frank White and Maria Rosa Gallina. He was the third of the couple’s four sons.

White, who was a student at Allerton High School, dropped out without receiving a diploma in order to pursue a career as a chef. He began his career as an apprentice at the Hotel St George in Harrogate, then moved on to the Box Tree in Ilkley.

The Career of Marco

Marco Pierre White left for London at the age of 16 with only a backpack full of books and clothes and very little money. He worked as a commis at Le Gavroche in London under Albert and Michel Roux.

White began working in the kitchen at the Six Bells public house in Kings Road with assistant Mario Batali after receiving training from some of the top chefs in the world.

White became the Head Chef and Co-Owner of Harvey’s in his mid-twenties, with a culinary staff that included the then-unknown Gordon Ramsay. He received his first Michelin star in 1987.

White received his second Michelin star in 1988, just a year after receiving his first, and his third start not long after. At the age of 33, White became the youngest chef in the world to receive three Michelin stars, as well as the first British chef to do so.

On December 23, 1999, White made his last supper as a professional chef for a paying customer at Oak Room. His 17-year career as a chef came to an end with him.

Despite his achievements, renown, and recognition, White believed that his career did not give him appropriate rewards.

He didn’t appreciate being assessed by individuals and food critics who he considered to be less knowledgeable than he was. As a result, he was forced to give up his Michelin stars.

Marco Pierre White went into the restaurant business once he retired. He formed White Star Line Ltd. with Jimmy Lahoud’s help. They ran the business together for several years before parting ways in 2007.

White was the Head Chef on ITV’s ‘Hell’s Kitchen’ television series in the same year. White’s television career was also marred by controversy and criticism. Despite this, he returned to the ITV screen to host the fourth series of ‘Hell’s Kitchen.’

Along with his television career, he wrote a book called ‘Marco Pierre White in Hell’s Kitchen,’ which was released in August 2007.

The two restaurants, renamed London Steakhouse Co, are the only eateries in the world in which White is a major shareholder.

White hosted the American version of ‘The Chopping Block,’ an Australian food competition series, in 2009. Due to low ratings, the NBC series was canceled after only three episodes. ‘The Chopping Block’ has returned to finish its season after a three-month sabbatical.

Since 2011, White has been a key member of ‘MasterChef Australia.’ In 2011, he appeared as a guest judge on an episode of the show. In 2013, he served as the chief judge in a competition for professional cooks. He also served as co-host of the show alongside Matt Peterson.

In 2012, White wrote a new show for Channel 5 called ‘Marco Pierre White’s Kitchen Wars,’ in which the UK’s best restaurant partnerships compete for a spot in a specially-designed studio restaurant, where each of the top couples is given their own kitchen and set of guests to wow.

Aside from ‘MasterChef Australia,’ White was a houseguest on the UK version of ‘Celebrity Big Brother,’ when he was tasked with organizing a cookery task. He’s also appeared on ‘MasterChef South Africa’ and ‘MasterChef New Zealand,’ among other shows.

White is a well-known author in addition to being a chef. He’s written a number of publications, including the popular cookbook ‘White Heat,’ an autobiography ‘White Slave,’ and a collection of recipes called ‘Wild Food from Land and Sea.’

In 2017, he will host the first season of ‘Hell’s Kitchen Australia’ for the Seven Network.

Marco When Pierre White became the executive chef at Harvey’s, he reached the pinnacle of his culinary career. White began on a trip with a bunch of brilliant kitchen crew who spun magic on the plate throughout each of his stints in the kitchen.

White received the first of his three Michelin stars in 1987, establishing himself as a world-renowned chef. The other two arrived nearly soon, propelling his celebrity to new heights.

Apart from cooking, White’s writing career was rewarded with the publication of his landmark cookbook ‘White Heat,’ which transformed the face of British cuisine. Through his inventive technique and magical touch, he altered the way the world viewed British food.

Marco Pierre White’s most notable feat happened when he was 33 years old, and he is widely regarded as one of the top chefs in the world. He was the youngest chef in the world to receive three Michelin stars. In addition, he was the first British chef to get the prestigious honor.

White has had three marriages. In 1988, he married Alex McArthur for the first time. He has a daughter named Letitia with her. Within two years, the relationship had deteriorated, and the two were on the verge of breaking up.

Following his divorce from McArthur, White developed an interest in model Lisa Butcher. They met in a London nightclub and instantly clicked. They were engaged within three weeks of their first meeting and married in August 1992 at the Brompton Oratory.

White’s relationship with Matilde Conejero, on the other hand, quickly became bad.
White fathered two sons with Conejero and married her in April 2000 at Belvedere. However, relations between the two were tense.

Conejero filed for divorce due to his claimed extramarital activities. Despite the fact that the divorce proceedings were dropped in 2011, White and Conejero split up again in October 2012.

Marco Pierre White has a net worth of $40 million as a celebrity chef, restaurant, and television personality in the United Kingdom.

When Gordon Ramsay was an apprentice under White, it is alleged that the latter made him cry.
When one of White’s chefs complained that the kitchen was too hot, White chopped the back of the chef’s jacket and trousers off to allow more air in. From then on, the chef operated in this manner.