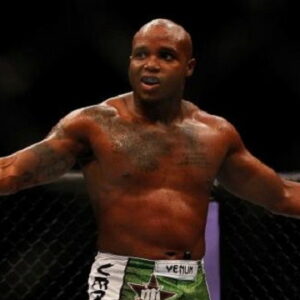 American mixed martial artist Marcus Clyde Brimage, commonly known as The Bama Beast, began competing professionally in 2007. The Ultimate Fighting Championship (UFC) signed Marcus in 2011, and he participated in the program for four years. Prior to his release in 2015, he competed initially in the Featherweight division before switching to the Bantamweight division. The southpaw first gained notoriety when competing as an amateur, where he amassed a 10-0 record, before switching to the professional ranks. He was signed by The Ultimate Fighter early in his professional career. He was unable to participate in the show, nevertheless, because of his wounds. Despite all the difficulties he encountered, Marcus Brimage persisted and eventually had a successful career with the UFC. His professional record is 7 wins, 7 defeats, and 3 knockout victories. His most recent victory as a professional came in 2014 when he defeated Jumabieke Tuerxun of China via headbutt knockout. Additionally, he has triumphed over opponents like Jim Hettes, Stephen Bass, and Kyle Bradley.

Marcus Brimage was inspired as a young child by an episode of the Japanese anime television program “Dragon Ball Z.” After viewing one of Quinton Jackson’s highlight videos in high school, he was also motivated by the player.

After some time, he began working out at a nearby Muay Thai gym where he met Chris Connelly, with whom he later co-founded Spartan Fitness. Marcus soon began competing as an amateur and within a year amassed a record of ten victories without suffering a loss.

Marcus Brimage made his professional debut in 2007 and competed in Georgia Fighting Championships. He faced Jason Kwast and won the fight by unanimous decision. He met Bryan Goldsby on January 19, 2008, and won the match by knockout in the second round.

Within the first minute and twenty-seven seconds of the match against Joey Camacho at the “Iron Ring” show a month later, he suffered his first professional defeat. He sustained injuries during the bout, which made him unable to participate in any more fights for two years.

On July 31, 2010, he returned and defeated Kyle Bradley by knockout. Marcus joined The Ultimate Fighter 14 in 2011, following specialized training with the “American Top Team” in Coconut Creek, Florida. He was unable to play due to injuries though, which kept him on the sidelines.

Marcus made his biggest move in December 2011 when he joined the Ultimate Fighting Championship. On December 3, that same year, he made his debut in the Featherweight division and defeated Stephen Bass by unanimous decision.

He won by split and unanimous decisions over Maximo Blanco and Jim Hettes in his next two fights in 2012, respectively. On April 6, 2013, Marcus suffered his first UFC loss when Connor McGregor knocked him out one minute into the opening round of their fight.

In July 2014, he suffered a split decision loss against Russell Doane in a bantamweight contest. On November 15, 2014, Erik Perez was supposed to fight him at UFC 180; however, the fight was postponed after Perez withdrew due to a shoulder issue.

As a result, on November 8, 2014, at UFC Fight Night 55, Brimage faced off against Jumabieke Tuerxun. Jumabieke was defeated by Marcus with a knockout head kick. After the fight, he competed twice more in the UFC in 2015, losing both matches via knockout to Cody Garbrandt and Jimmie Rivera. The UFC fired Marcus Brimage on October 16, 2015.

Marcus Brimage fought Leonardo Morales on June 25, 2016, in Viva Nicaragua Canal 13 – MMA War, and Soo Chul Kim on March 12, 2016, in Road Fighting Championship 29. He was defeated in both matches by a unanimous decision.

On April 6, 1985, Marcus Brimage was born in Colorado Springs. After completing high school, he attended Wallace State Community College. He eventually earned a bachelor’s degree in criminal justice from Faulkner University. Before deciding to pursue a career in martial arts, Marcus played football while still in college. He is a private person, so the media is not aware of the specifics of his romantic relationships.

One of the wealthiest and most well-known MMA fighters is Marcus Brimage. Marcus Brimage’s net worth is estimated to be $1.5 million based on our research of Wikipedia, Forbes, and Business Insider.