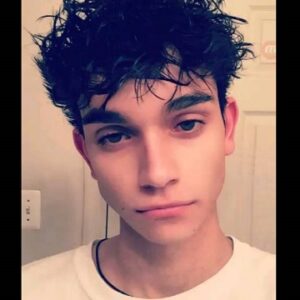 Marcus Dobre is a performer, dancer, Viner, YouTuber, and social media sensation from the United States. He and his identical twin brother Lucas are the stars of the enormously successful YouTube channel ‘Lucas and Marcus,’ which has racked up 254 million views and nearly 3 million followers. The Dobre brothers’ content is distinctive, artistic, and full of inventiveness, as they were born entertainers and athletes. They began as Viners, and their Vine uploads now have 949 million loops. Marcus and Lucas are both amazing dancers, and their well-choreographed routines have gained them millions of fans across the world. They’re part of ‘Team 10,’ a “squad of young like-minded individuals who teamed together to take over Hollywood.” YouTube sensation Jake Paul, singer-songwriter AJ Mitchell, Tessa Brooks, and Tristan Tales are among the squad’s other members. They all live in the same house in Los Angeles. Marcus’ success on YouTube has also migrated to other social media sites. On Instagram, Twitter, and even Facebook, he has been verified. On Instagram, he has 2 million followers, and 240K people follow him on Twitter. His page has 962K likes and 958K followers on Facebook. His admirers are dubbed ‘Dobrearmy’ by him and his brother.

Professional dancers, the Dobre brothers are. Their mother Aurelia Dobre, a former artistic gymnast, world champion, and silver medalist at the 1988 Summer Olympics, has trained them since they were children. Marcus and his brother created the account ‘Twinbotz’ on Vine. At first, they did not obtain the recognition they had hoped for. They pondered quitting because it was taking up too much of their time. They decided to persevere for a little longer, and within a few months, things began to improve as their older uploads became more popular. They met Paul, who was a successful Viner at the time, at this event. The brothers made a video in September 2014 dedicated to fellow Viners Lycia Faith and SelfieC. The twin boys’ account gained a lot of attention as a result of this video.

In a world where any youngster with a camera has the potential to become a celebrity, it’s nice to come across someone like Marcus, who possesses both natural talent and the tenacity and dedication to turn that talent into a career-building skill. While many of Marcus and his brother’s social media posts include various challenges, pranks, and Q&As, videos of their flawless dancing routines propelled them to international recognition. Hip hop and modern music are their specialties. They frequently perform in public venues, such as grocery stores, malls, plazas, and even airports, attracting large crowds!

Marcus Dobre has an estimated net worth of $22 million.