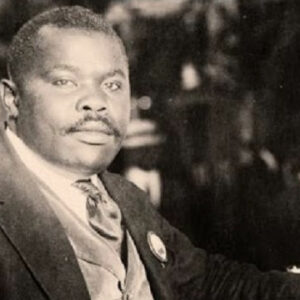 Marcus Garvey was a Jamaican political activist, entrepreneur, and orator. Since his adolescent years, the severe treatment he suffered from his white pals on the basis of race has had a profound effect on his mentality. As an editor in Costa Rica, he frequently wrote on the plight of migrant laborers in plantation regions. He founded the Universal Negro Improvement Association, which sought to unify people of African descent in order to form their own nation. He also authored “The Negro Race and Its Problems” to spread his motivational message to the black community. Together with UNIA, he founded the Black Star Line, a shipping firm, in order to implement his theory of economic empowerment of blacks, also known as Garveyism. Its establishment might be viewed as a new beginning for black economic liberty. As the UNIA’s provisional president of Africa, he discussed with the Ku Klux Klan his plan for the deportation of African Americans. Aside from that, he harshly criticized Jim Crow legislation and the denial of voting rights to black people. He attempted to convince the Liberian government to offer black Americans land to relocate there. His idea unfortunately failed.

After several years, he quit school and began working as a printer’s apprentice. In 1903, he traveled around Kingston and Jamaica. In 1907, he was chosen Vice President by the compositor’s branch of the printers’ union.

His participation in a printer’s strike for improved wages from 1908 to 1909 was essential in fostering his interest in political participation.

After a number of years, he traveled to several places in Central America. While residing in Costa Rica in 1911, he was the editor of the daily newspaper “La Nacionale.” Towards the end of that year, he relocated to Colon, Panama, where he edited a biweekly newspaper.

Between 1912 and 1914, he resided in London. He attended Birkbeck College there. Concurrently, he worked for the publication “African Times and Orient Review.”
At the time, he delivered speeches at Speakers’ Corner in Hyde Park. In 1914, following his return to Jamaica, he founded the Universal Negro Improvement Association (UNIA).

In 1916, he traveled to the United States to give a speech and gather funding for the establishment of a school in Jamaica. During this time, he met a number of black leaders there.

The next year, he established the first UNIA division in Harlem, New York, where he advocated for the economic, social, and political freedom of African-Americans. In 1918, he published “Negro World” in an effort to effectively transmit his message regarding the independence of black people.

Marcus and UNIA established the Black Star Line, a shipping firm, in 1919 for the purpose of establishing trade and economic activities of Africans residing in North America, South America, Canada, Africa, and the Caribbean.
In addition, his formation of the Negros Factories Association in the same year aimed to develop marketable goods in strategic Western and African locations.

At the International Convention of UNIA in New York City in August 1920, he presented an enlightening address about the rich heritage of African culture. This year, he was voted as the UNIA’s interim president of Africa.
The first volume of “Philosophy and Opinions of Marcus Garvey” was published in the same year. In 1922, he was accused of mail fraud related to the Black Star Line’s commercial activities.

In 1923, he was imprisoned for five years. In addition, his appeal was dismissed. In 1927, after his discharge, he was transported to Jamaica. In Jamaica, he stayed active in numerous political endeavors.

In 1928, he traveled to Geneva with the goal of presenting the Petition of the Negro Race, which details the international mistreatment of blacks. The next year, he founded the People’s Political Party in Jamaica to preserve workers’ rights and provide educational opportunities for the underprivileged.

In the same year, he was elected councillor by the Allman Town Division of the Kingston and St. Andrew Corporation. In 1931, he founded the Edelweiss Amusement Company, which assisted various Jamaican performers in gaining recognition.

In 1932, he began publishing “The New Jamaican,” an evening newspaper. Due to financial difficulties, he was unable to continue publishing the newspaper.
In 1935, he relocated to London and became active in different Ethiopian and West Indian activities. In the same year, he published “The Tragedy of White Injustice.”

In 1938, he initiated the establishment of the School of African Philosophy to educate UNIA’s leaders. Simultaneously, he worked for the magazine “The Black Man.”

He divorced his former secretary Amy Ashwood after three years of marriage. In 1922, he tied the knot with Amy Jacques for the second time. Two children were born to the couple: Marcus Mosiah Garvey III and Julius.

In London, he passed away after suffering from two strokes. During the Civil Rights movement of the 1950s and 1960s, his message of encouragement to black people played a key role.

When he was young, this renowned political activist experienced obstacles such as prejudice. When he was a teenager, the white children with whom he had played since boyhood began to avoid him.