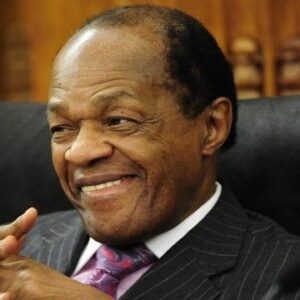 Marion Barry became one of those foot soldiers and a part of a new revolution at a time when African-Americans were not allowed to express their views on racism and equality. Any hint of resistance was typically met with violence, lynching, beatings, and occasionally even cold-blooded murder. Barry joined Dr. Martin Luther King and his followers in aggressively confronting dogmatists and racists across America. He is most known for his involvement in the civil rights movement and is currently a successful American politician for the Democratic Party. He joined the “Student Nonviolent Coordinating Committee” (SNCC) as a founding member while pursuing his doctorate at Tennessee University and went on to serve as its national chairman and president. Prior to receiving a six-month prison sentence for a narcotics offense, Barry was elected mayor of the District of Columbia for his efforts for the betterment of his community. Barry has embodied all that is good and bad about American urban politics after serving for more than 20 years as a business organizer, a school board association, and mayor.

The third of ten children, Marion Barry was born in Itta Bena, Mississippi. When he was just four years old, his father passed away, and a year later, his mother moved to Memphis, Tennessee, and got remarried.
Barry worked a variety of occupations starting at a very young age to help support his family, including selling newspapers, picking cotton, working as a waiter, and working in a department store.

He went to LeMoyne College after finishing high school, where he received his degree in 1958. He graduated from Fisk University with an M.S. in organic chemistry, and he belonged to the fraternity Alpha Phi Alpha.

He joined the American civil rights movement after receiving his degree from Fisk University and was chosen to lead the “Student Nonviolent Coordinating Committee” as its president.
He was the lone African-American in his cohort while pursuing a doctoral program in chemistry at the University of Tennessee in Knoxville.

He relocated to Washington, D.C., in 1965 and actively participated in organizing street demonstrations against the increase in bus fares. Around this time, he realized that defending the rights of his fellow African-American brothers was his actual calling, and he quickly started working for their advancement.
He left the SNCC in 1967 and co-founded Pride, Inc. with his wife to offer job training to the black unemployed.

Following the riots in Washington, D.C. in 1968, Barry organized supplies for his fellow African-Americans. By joining the board of the city’s Economic Development Committee, he also began to spark a change in how black people in Washington, D.C. were perceived.

He declared his campaign for an at-large seat on the school board in 1971, and with 58% of the vote, he won. He organized the school’s finances after being elected to the board the following year and pushed for a bigger budget for higher education.

Barry was elected to the first-ever elected city council of Washington in 1974. While serving on the council, he was nominated to lead the District of Columbia Committee, a position he held until 1979.
On March 9, 1977, Hanafi extremist Muslims shot him. After quickly recovering, he lost the 1978 election but prevailed over Arthur Fletcher in the Democratic primary for mayor.

During the first four years of his administration, he improved the city’s sanitation, steadied its finances, and opened up summer jobs for graduates. Although the US government experienced a surplus during his first term, crime and unemployment increased sharply.

He sought for a second term in 1982 and was elected with more than 58% of the vote. During this time, he resolved the financial issues and made a significant improvements to lower the city’s crime statistics. The city’s finances were in deficit by $110 million the next year, which caused him some difficulty.

His health started to deteriorate owing to cocaine and alcohol use after he was elected to a third term as mayor in 1986. On January 18, 1990, the FBI arrested him as part of a sting operation after six years of a police investigation into him on suspicion of illegal drug possession. He chose not to run for mayor again as a result of this public humiliation, which was carried live on television.

When he was freed from jail in 1992, he immediately filed the necessary paperwork to compete for the Ward 8 city council seat in the ensuing election.

On May 21, 1994, Barry formally declared his intention to run for mayor. He defeated his opponent once more, garnering 70% of the vote, and was legally re-elected as the mayor of Washington, D.C., serving a fourth term from 1995 to 1999.

Antony A. Williams, the municipal CFO, eventually succeeded him after he declined to run for a fifth term.
He began working as a consultant for an investment banking firm after he resigned his position as mayor. Shortly after that, he announced that he would be running in the Democratic primary for the Ward 8 council seat, which he ultimately won. He successfully served for four years before deciding to run for re-election in 2008.

As the mayor of Washington, D.C., Marion Barry ran an energetic campaign to reduce government waste, lower infant mortality, offer housing and jobs to the city’s poor, and also to open up employment opportunities for all African-American graduates. During his time as mayor, he saw to insure that Washington’s finances were restored.

In 1972, Marion Barry wed Mary Treadwell, a co-founder of “Pride, Inc.” Five years after their marriage, they divorced.
In 1978, he wed Effi Slaughter; they were divorced in 1993. Christopher Barry is the only child of the couple.

One of the wealthiest and most well-liked politicians in Marion. Our study of Marion Barry’s net worth from sources including Wikipedia, Forbes, and Business Insider indicates that it is around $1.5 million.

This American Democratic politician, who is also the mayor of Washington, D.C., was accused of stalking in 2009.