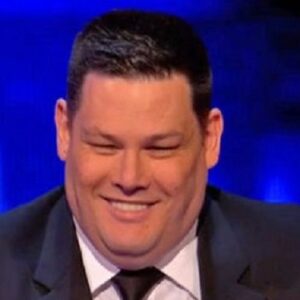 In the UK, Mark Andrew Labbett is a well-known television personality best known for his role as Chaser on the game show “The Chase” on ITV. In addition to his initial appearance in the program in 2009, he has since contributed to the American version of the program as the only Chaser in 2013 and the Australian version as one of the five Chasers since 2016. The National Lottery People’s Quiz, Are You an Egghead, Countdown, SUDO-Q, Who Wants to Be a Millionaire, Only Connect in, and University Challenge have all included Labbett, a frequent contestant in quiz competitions and television game shows. The American, dubbed “The Beast,” who finished 81st in the 2012 World Quizzing Championships, has also made appearances on programs including “Mastermind” and “Sugar Free Farm.” Known for having high levels of intelligence and smarts, Labbett is an inspiration to many people, especially young ones. Thousands of people follow him on Twitter as well.

The first places Mark Labbett worked as a substitute teacher were secondary schools like Cove School in Farnborough, where he taught math and physical education. Then he started to like quizzing. He and his team participated in the Jumbo Quiz in April 2001, where they earned a weekend getaway to Paris. At the moment, Labbett works for the quiz company Redtooth as a question writer.

In terms of his television performances, Labbett made his debut in 1999 on the game show “Mastermind.” He returned to “Mastermind” and another game show, “Countdown,” the following year. He took part in the Channel 5 “BrainTeaser” in 2004 and earned £500 there. He won £1,500 on the game program “SUDO-Q” a year later. During that time, Labbett also took home £32,000 from “Who Wants to Be a Millionaire”?

He then led his Welsh quiz team to the European Quizzing Championships with a fifth-place finish. The British player later won BBC Four’s “Only Connect” in 2009 with his team. Labbett joined the Chasers for ITV’s “The Chase” that same year. In August 2013, he then participated in this game show’s American edition as the single chaser. He took part in the ITV series “Sugar Free Farm” three years later. The National Lottery People’s Quiz, Are You an Egghead?, and University Challenge are some of Labbett’s previous TV performances. Along with UK Chaser Anne Hegerty, he is one of the five Chasers on the Australian version of the game program “The Chase.”

In Tiverton, Devon, England, on August 15, 1965, Mark Andrew Labbett was born to Carolyn and Jon Labbett. Paul and Philip, his two younger brothers, are Paul’s names. He attended Exeter College in Oxford, where he earned his master’s in mathematics. Later, the University of Exeter awarded Labbett a Postgraduate Certificate in Education in secondary education. He also studied at the University of Glamorgan, now known as the University of South Wales, where he earned his CPE and LPC in law.
In October 2014, Labbett wed Katie, a distant relative who is 27 years his junior. The couple currently has a son.

The British television personality Mark Labbett has a $2 million net worth. Mark Labbett, who was born in Tiverton, Devon, England, in 1965, has a number of degrees, including a master’s are in mathematics from Oxford University and a law degree from the University of Glamorgan. As a teacher, he soon realized how much he loved quizzing.