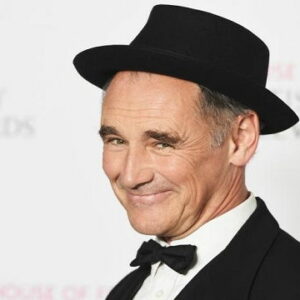 Mark Rylance is an English actor, theatre director, and playwright who has won an Academy Award. He began his career as a stage actor and is renowned for his interpretations of Shakespearean characters. In the years following his stage debut in the early 1980s, he appeared in a number of plays, including “Macbeth” and “Much Ado About Nothing.” He made his debut on the big screen in the film Hearts of Fire. His notable works include starring roles in films such as “Angels & Insects” and “Intimacy.” He earned the Academy Award for his performance in the film “Bridge of Spies.” In addition to being one of the most significant works of his career, his performance in the film earned him a BAFTA. In addition to his work in theater and film, he is a supporter of numerous organizations, including the London International Festival of Theatre and the charity Peace Direct. In 2016, TIME magazine named him one of the most influential persons in the world. Christopher Nolan directed his most recent picture, “Dunkirk,” in which he portrayed a character.

David Mark Rylance Waters was born on January 18, 1960, in Ashford, Kent, England. Anne and David Waters were both English instructors. Susannah, his sister, is an opera singer and author, and Jonathan, his brother, is a wine professional.

In 1962, his family moved to America. His father also taught at the University School of Milwaukee, where Rylance attended.

Mark Rylance began working with the Glasgow Citizens’ Theatre in 1980, following completion of his schooling at the Royal Academy of Dramatic Art and the Chrysalis Theatre School.
Soon after, he began playing in London with the Royal Shakespeare Company. In his early career, he appeared in “A Midsummer Night’s Dream” (1986), “Hamlet” (1989), and “Romeo and Juliet” (1989).

He made his debut on the big screen in the 1987 picture Hearts of Fire. He had the lead part in the 1991 film The Grass Arena. His performance earned him the Radio Times Award for Best Newcomer. The following year, he received the Olivier Award for Best Actor for his performance in a production of “Much Ado About Nothing” by William Shakespeare.

In 1995, he played the lead part in “Angels and Insects,” a film nominated for an Academy Award. The film directed by Philip Haas centered on the lives of a competent naturalist. 2001’s “Intimacy” marked his subsequent appearance on screen.

Although he did not act in many films throughout the 2000s, he won the British Academy Television Award for his leading performance in “The Government Inspector,” a 2005 TV film based on the biography of Welsh scientist David Kelly.

In 2008, Rylance earned the Tony Award for his portrayal in Boeing Boeing. His performance as Johnny Byron in the play Jerusalem earned him the award for Best Actor from the Critics’ Circle Theatre. In 2010 and 2011, he received his second Tony Award and Olivier Award for the same role. In 2011, he also played supporting roles in the films Anonymous and Blitz.

In 2015, he was nominated for an Emmy for his starring role in the miniseries Wolf Hall. It is an adaptation of the historical books Wolf Hall and Brings Up the Bodies. In the same year, he played key roles in the films “Bridge of Spies” and “The Gunman.”

He also performed a supporting role in the film “Bridge of Spies” by Steven Spielberg. The picture garnered positive reviews. His portrayal earned him multiple honors, including the Academy Award for Best Supporting Actor.
Next, he appeared in “The BFG” (2016) by Steven Spielberg and “Dunkirk” (2016) by Christopher Nolan (2017).

Mark Rylance received the Academy Award for his performance in the 2015 historical drama picture “Bridge of Spies.” Steven Spielberg, a renowned director, directed the picture. In addition to Rylance, Tom Hanks, Amy Ryan, Sebastian Koch, and Alan Alda starred in the picture. It was a critical and commercial smash hit. The film was nominated for six Academy Awards and won one.

The 2016 fantasy film “The BFG” directed by Steven Spielberg featured him in the starring role. Ruby Barnhill, Penelope Wilton, Jemaine Clement, and Rebecca Hall also appeared in the film. On a budget of $140 million, the film grossed $183 million at a total cost of $140 million. The critical reception was average. Among the accolades for which the film was nominated as the “British Academy Film and Television Award.”

Recent work includes his supporting part in the 2017 film “Dunkirk.” The film also stars Fionn Whitehead, Tom Glynn-Carney, Jack Lowden, Harry Styles, Aneurin Barnard, James D’Arcy, and Barry Keoghan. It was directed by Christopher Nolan. It was a commercial triumph, with revenues exceeding five times its budget. Some commentators have referred to it as the greatest war film in cinematic history.

The greatest accomplishment of Mark Rylance was winning the Academy Award in 2016 for his portrayal in the historical drama picture “Bridge of Spies.” His performance in the film earned him the “British Academy Film Award.”

He is also the recipient of a number of additional accolades, including the ‘Laurence Oliver Award’ and the ‘Boston Society of Film Critics Award.

Since 1989, Mark Rylance has been married to English director Claire van Kampen. This marriage made him the stepfather to two daughters. In 2012, one of them passed away.

Rylance is a patron of multiple organizations, including the London International Festival of Theatre and the nonprofit group Peace Direct. Additionally, he supports a number of groups, including Survival International, which advocates for indigenous rights.

The English actor, director, and playwright Mark Rylance has a net worth of $10 million. Mark Rylance was born in January 1960 in Ashford, Kent, England. From 1995 to 2005, he served as the first artistic director of Shakespeare’s Globe in London. As an actor, Rylance is best known for his 2014-2015 role as Flop in the television series Bing.

The first artistic director of Shakespeare’s Globe was Mark Rylance.
He planned to participate in the opening ceremony of the 2012 Summer Olympics. However, he canceled it due to the untimely death of his daughter.