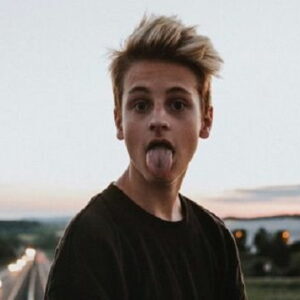 Mark Thomas is widely regarded as one of the most daring and confrontational comedians of the last two decades, who has never shied away from blending comedy with political activity. As a performer, he frequently employs comedy, theater, and opera to up the ante and raise political awareness among audiences. His many battles with politicians have contributed to his image as a strong individual and a powerful comedian/political activist. One of his interviews about tax cheating for inherited property even resulted in a legal change in the United Kingdom. His interest in politics arose from his work for the Labour Movement shortly after the miners’ strike, as it did for many politicians of his time. He engages in investigative journalism, human rights movements, and activism through his many broadcasts. Listeners and TV viewers eagerly anticipate his impassioned, sharp, and cynical political insights on his shows. Although he confronts his opponents with a certain bit of bravado, his sincerity makes him one of the most endearing and enjoyable troublemakers and political activists on television. Scroll down to read the biography below to discover more about this person.

Mark Thomas was born in South London to a midwife mother and a self-employed builder father.
He attended the Macaulay Church of England Primary School till 1974, after which he attended Christ’s Hospital School to complete his O-levels and A-levels.

In 1981, he enrolled at Bretton Hall College and earned a Bachelor of Arts in Theatre Arts.

This gifted comic began his career in construction with his father and began doing stand-up comedy in 1985, as well as writing material for famed Irish comedian Dave Allen.

He worked as a regular presenter at the Comedy Store in Leicester Square in the 1980s and did regular student gigs at cultural festivals, on TV, and on the radio. By 1989, he was a regular on Radio One’s ‘The Mary Whitehouse Experience.’

He co-hosted the chat show ‘Loose Talk’ with Kevin Day in 1991 and launched the Cutting Edge comedy show in 1990.

On February 23, 1996, his own television show, ‘The Mark Thomas Comedy Product,’ launched on Channel 4. He frequently interviewed or confronted politicians, as well as highlighting major world concerns, using his distinctive style and strange sense of humour.

He explored how the rich dodge inheritance tax by placing their assets accessible for public viewing as part of the show’s reports in 1998. As a result, Gordon Brown, the then-Chancellor of the Exchequer, amended taxation legislation in the following budget.

From 2001 until 2007, he frequently wrote pieces to the columns of the political journal ‘New Statesman.’

In addition to writing pieces, Thomas wrote ‘As Used on the Famous Nelson Mandela,’ a 2006 examination of the International Arms Trade.

In 2008, he published ‘Belching Out the Devil,’ an expose of the Coca-Cola Company.

‘It’s the Stupid Economy,’ ‘Extreme Rambling-Walking the Wall,’ and ‘Bravo Figaro’ are among his other works. ‘Bravo Figaro,’ his latest radio endeavor, is a solo stand-up program that is now airing on BBC Radio 4.

He asked audiences to suggest and vote for their own foolish or serious proposals as part of his ‘It’s the Stupid Economy’ UK tour in 2009. They were published in 2010 under the title ‘Mark Thomas Presents The People’s Manifesto,’ and broadcast on BBC Radio 4 from 2009 to 2010.

Mark Thomas once pursued MP Nicholas Soames for tax evasion by lawfully requesting permission to inspect his belongings. After his study into the practice of evading inheritance tax, Gordon Brown, the then-Chancellor, changed the legislation. This is thought to be one of Thomas’ most significant contributions to society through his works.

In 2002, he received the ‘Kurdish National Congress Medal of Honour’ for his struggle against the construction of a dam in Turkey.

In 2004, he was awarded the renowned ‘International Service Award for the Global Defense of Human Rights.’

For the ‘Most Number of Political Demonstrations in 24 Hours,’ this gifted activist was inducted into ‘The Guinness Book of Records.’ He held this record between 2006 and 2010.

Mark Thomas is married to Jenny, a television producer, and they have two children, Charlie and Izzy.

Mark Thomas is one of the wealthiest Instagram stars and one of the most popular. Mark Thomas’ net worth is estimated to be $1.5 million, according to Wikipedia, Forbes, and Business Insider.

The happiest moment of his life, according to this prominent comedian and political activist, occurred a minute after his wedding, when the registrar asked his new bride how she felt, and she replied, “Trapped!”