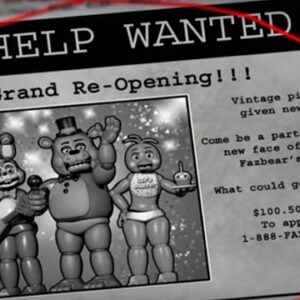 Mark Edward Fischbach, better known by his nickname Markiplier, is a well-known American YouTube star, entertainer, social media personality, and ‘Let’s Play’ star. His YouTube channel,’markiplierGAME,’ where he posts action video games, independent games, and gameplay commentary videos, has helped him gain a lot of attention. He is well known for his various playthroughs of horror and indie games such as “Slender: The Eight Pages,” “Five Nights at Freddy’s,” “Garry’s Mod,” and “Amnesia: The Dark Descent” and its sequel, among others. Wilford Warfstache, his most well-known alter ego or ‘the other self,’ was born out of one of his sketch comedy videos, in which he frequently partnered with Cyndago. Warfstache has become a representative of his YouTube channel, which is currently ranked as the 22nd most subscribed channel on the video-sharing platform, with over 19 million subscribers. His massive fan base can be seen on Instagram, where he has over 6.4 million followers, and on Twitter, where he has over 11 million followers. In 2015, he came in sixth place on a list of the 20 most influential celebrities among teenagers in the United States.

On May 26, 2012, this well-known YouTuber, who formerly hoped to be a voice actress, created a channel called ‘Markiplier’ on the video-sharing website. He began by playing the video game ‘Amnesia: The Dark Descent,’ and then moved on to other series such as ‘Dead Space,’ and ‘Penumbra.’ However, his AdSense account was suspended by YouTube at this time, forcing him to create a new channel. His new YouTube channel, dubbed ‘MarkiplierGAME,’ is currently one of the most popular on the platform.

He worked with the YouTube channel ‘Cyndago,’ which was founded in December 2012 by fellow YouTubers Daniel Kyre and Ryan Magee and later joined by Matt Watson from Maker Studios. The channel, which shut down after Kyre’s unexpected death in September 2015, was recognized for its music videos and, more importantly, for its comedic and sarcastic sketches. Fischbach was featured in many of the channel’s original tracks. ‘MarkiplierGAME’ grew in popularity over time, and by October 2015, his channel had surpassed 10 million followers. He joined the board of directors of ‘Red Giant Entertainment,’ a comic book publisher and transmedia entertainment company, in November 2014. At the 2015 South by Southwest (SXSW) Gaming Awards, he remained a co-host alongside voice actress Janet Varney.

He has worked with a variety of people during his career, including fellow YouTubers PewDiePie, Jacksepticeye, and LordMinion777, as well as celebrities Jimmy Kimmel and Jack Black. He also dabbled in acting, portraying himself in the Alex Winter-directed American science fiction comedy film ‘Smosh: The Movie’ (2015) and various television and web programs such as ‘Table Flip’ (2013, 2014), ‘Grumpcade’ (2015), and ‘Gamer’s Guide to Pretty Much Everything’ (2016). Fischbach was also featured in the YouTube Rewind 2015 video series. The response to three films he broadcast from his hospital bed in March 2015 about an emergency surgery he needed to clear a blockage in his bowel, an unexpected exigency that arose when he was visiting his hometown, demonstrates his popularity. Over 5 million people watched the videos comprising his announcement and updates on the procedure!

What Is It That Makes Markiplier So Unique?

This YouTuber is known for his undying love and care for his countless fans, displaying various emotions like as contempt, fury, screaming, shouting, and even crying while gaming. He discusses and connects with the community on a variety of topics through his vlogs. He regularly attends conventions such as ComicCon, VidCon, and PAX, where he participates in meet & greets and other activities. Through the ‘Make-A-Wish Foundation,’ he also meets his admirers. Fischbach’s more humane side shines through in his gaming attempts to raise funds for charities such as the ‘Depression and Bipolar Support Alliance,’ ‘Cincinnati Children’s Hospital Medical Center,’ and ‘Best Friends Animal Society.’ He claims that as of July 2016, he and his countless viewers had raised $1,118,645.14 for charity.

He was born on an air force installation in O’ahu, Hawaii, on June 28, 1989. His father was a military man. He dropped out of a biological engineering course at the University of Cincinnati in order to pursue a career as a YouTuber.