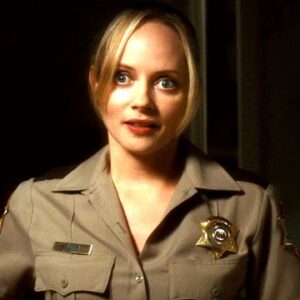 Marley Shelton is a well-known television and film actress from the United States. She is the daughter of producer-director Christopher Shelton, and one may assume that given her family history, she was interested in acting from a young age. This isn’t the case, and Marley didn’t realize she wanted to be an actress until she was in her late teens! In the drama film ‘Grand Canyon,’ Shelton made her cinematic debut. She has continued to demonstrate her flexibility as an actress in a number of films and television shows since then, including ‘Nixon,’ ‘Never Been Kissed,’ ‘Up to No Good,’ and ‘A Friend to Die For,’ to mention a few. The American beauty has amassed millions of followers around the world as a result of her services to the world of show business. Shelton has a large number of followers on social media as well. Apart from her acting abilities, the actress’s attractive appearance has made her a public favorite.

Marley Shelton made her cinematic debut in 1991 with the role of ‘Amanda’ in the film ‘Grand Canyon.’ She has previously starred in one episode of the TV show ‘The Family Man.’ In 1992, she starred in the television film ‘Up to No Good,’ as well as a number of shows such as ‘Family Matters,’ ‘Bodies of Evidence,’ ‘Crossroads,’ ‘Camp Wilder,’ and ‘Great Scott.’ After appearing in the 1993 film ‘The Sandlot,’ the American actress’s name rose to new heights the following year. During that year, she also appeared in the TV movie ‘Ambush in Waco: In the Line of Duty’ and the sitcom ‘Angel Falls.’ Shelton then starred in the films ‘Hercules in the Underworld’ and ‘A Friend to Die For’ and ‘Take Me Home Again,’ as well as TV shows.

Her first notable film role was in the fantasy comedy ‘Pleasantville,’ which she starred in in 1998. Despite the fact that this film did not have a large audience in theaters, it earned a lot of positive feedback from critics. Marley Shelton appeared in many films between 1999 and 2001, including ‘Never Been Kissed,’ ‘The Bachelor,’ ‘Lured Innocence,’ ‘Valentine,’ ‘Sugar and Spice,’ ‘Bubble Boy,’ and ‘On the Borderline.’ Following a career in studio films, the actress appeared in a number of independent films in the early 2000s.

‘Just a Kiss’ was her first film, released in 2002, followed by ‘Dallas 362’, ‘Uptown Girls’, and ‘Grand Theft Parsons’ in 2003. Later, in 2005, Shelton made a brief but memorable appearance in the film ‘Sin City.’ After that, she gained more fame for her role as ‘Dr. Dakota Block’ in the horror thriller ‘Grindhouse.’ Following that, in 2008, the American beauty landed her first full-time TV job in CBS’s ‘Eleventh Hour.’ Shelton’s reputation and fame soared as a result of her portrayal, and she was offered a part in the comedy film ‘Women in Trouble’ the following year, followed by the sequel ‘Elektra Luxx.’ The actress has a leading role in the television series ‘The Lottery’ in 2014. The following year, she starred in the US$22 million psychological thriller ‘Solace.’

Marley Shelton was born in Los Angeles, California, on April 12, 1974. Carol Shelton, her mother, is a teacher and singer, and Christopher Shelton, her father, is a filmmaker and producer. Her sisters Erin, Koren, and Samantha Shelton are all members of her family. The actress went to Eagle Rock High School and eventually graduated from the University of California, Los Angeles with a degree in Film and Theatre. In 2001, Shelton married producer Beau Flynn. West Flynn and Ruby Jeanne Flynn are her two daughters from her marriage to him.

1) Marley Shelton was a high school cheerleader. In her senior year, she was given the title of “prom queen.”
2) She studied acting with Kathleen King, an actor.
3) Shelton’s prom date in high school was actor Nicholas Brendon, who was also her boyfriend at the time. To impress her, the actor purchased her a hundred roses.

Estimated Net Worth of Marley Shelton

Marley Shelton’s net worth and salary are as follows: Marley Shelton has a net worth of $1.4 million as a movie actress. Marley Shelton was born on April 12, 1974, in Los Angeles, California. In 1993, she starred in The Sandlot, and in 1998, she starred in Pleasantville. She appears in the film Never Been Kissed the next year. She started filming a supporting part for the action picture Rampage in 2017, which is set to be released in 2018.