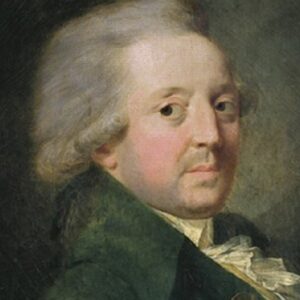 Marquis de Condorcet was a French mathematician, philosopher, and political thinker whose works reflected the ideals of the Age of Enlightenment. He proposed the Condorcet method, which is an election procedure for selecting the candidate who would win in all pairs against all other candidates. He held liberal political ideas and felt that everyone, regardless of race or gender, should have equal rights. His works and writings are still relevant today. He was a well-liked and respected figure in 18th-century France. He was an educated guy who knew several notable men of his time, including Leonhard Euler, Jacques Turgot, and Benjamin Franklin. He was a protégé of Jean Le Rond d’Alembert, a brilliant mathematician and philosopher, and went on to become a well-known mathematician in his own right. Over time, he narrowed his interests to philosophy and politics. He became a human rights activist, speaking out in favor of equal rights for blacks and women. He was enthralled by the French Revolution, in which he actively participated, and believed that political, economic, and social reforms were required to transform France. His political efforts, on the other hand, led to his detention, and he was later discovered dead in prison under strange circumstances.

He was born in Ribemont, France, on September 17, 1943. He was reared by his religious mother after his father died while he was very young.

He studied at the Jesuit College in Reims before enrolling in the College de Navarre in Paris. He was extremely brilliant and intelligent, with a strong interest in mathematics.

He was taken in as a protege by the eminent mathematician Jean le Rond d’Alembert as a teenager after impressing him with his analytical ability. In 1765, he published his first mathematical paper, ‘Essai sur le calcul integral.’ This paper was well-received, and it cemented his reputation as a talented mathematician.

In February 1769, he was elected to the Academie royale des Sciences (French Royal Academy of Sciences). A few years later, in 1772, he published an integral calculus paper that was well received by the scientific community.

He became well-known not only as a mathematician, but also as a philosopher and political thinker throughout time. He was a well-known character who was acquainted with a number of notable figures of the time.

In 1774, he was appointed Inspector General of the Paris Mint, a position he held until 1791. This was a watershed moment for him, as he began to prioritize philosophy and politics over pure mathematics.

He was an abolitionist who felt that all people, regardless of color or gender, should have access to free education. He was an active member of the Society of the Friends of the Blacks in the 1780s.

In 1785, Condorcet published Essai sur l’application de l’analyse a la probabilite des choices rendues a la pluralite des voix, which is regarded one of his most important works.

He proved Condorcet’s jury theorem, a political science theorem concerning the relative chance of a group of people reaching the right judgment. He is also recognized for developing the Condorcet technique of choosing a candidate for elections.

In 1786, he published ‘Vie de M. Turgot,’ a biography of his friend, the French economist Jacques Turgot, and in 1789, he released ‘Vie de Voltaire.’ Even now, these two biographies are extensively read.

Condorcet was an enthusiastic campaigner for social, political, and economic reforms when the French Revolution began in 1789. In 1791, he was elected to the Assembly as a representative from Paris, and later became the secretary of the Assembly.

He was a pioneering feminist who fought for women’s rights. In 1790, he published ‘De l’admission des femmes au right de cite’ (“For the Admission of Women to Citizenship Rights”).

In France, the 1790s were a time of immense political turbulence. Condorcet was labeled a traitor and an arrest warrant was issued in his name when a politician, Marie-Jean Herault de Sechelles, distorted several of Condorcet’s political principles.

He went into hiding to avoid being discovered, and while he was in hiding, he had the full support of his wife and friends. During this time, he wrote “Esquisse d’un tableau historique des progres de l’esprit humain” (Sketch for a Historical Picture of the Progress of the Human Spirit), which was released after his death.

In 1786, he courted and married Sophie de Grouchy, a gorgeous woman of the day. His wife was more than 20 years younger than he was. The couple had a strong marriage and had one daughter together. They remained close till his death. She never married again.

After an arrest warrant was issued for him in October 1793, he went into hiding. He attempted to flee after months of concealment, but was apprehended and imprisoned. On March 28, 1794, he was discovered dead two days later, and the reason of his death was never revealed.

Marquis’s main source of income is as a Sociologist. He has a $1 million net worth.