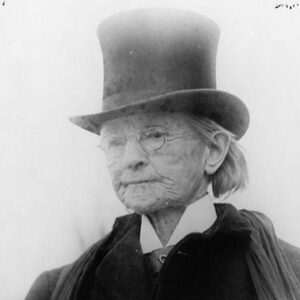 Mary Edwards Walker was an American feminist, a possible spy, a women’s rights campaigner, an abolitionist, and a war prisoner. She is the only woman to have been awarded the ‘Medal of Honor,’ the highest honor bestowed by the ‘United States Armed Forces. In an era when womanhood was primarily connected with marriage and motherhood, she married while wearing a man’s coat and trousers; preserved her name, and later divorced. She frequently questioned conventional medical procedures, particularly the extensive use of amputation. She volunteered and served as a surgeon during the American Civil War during a period when sectarian physicians and women were deemed unqualified for the ‘Union Army Examining Board.’ Mary Walker was mistaken for a spy and kidnapped by Confederate forces and transferred to Richmond, Virginia, as a prisoner of war after crossing enemy lines to administer to injured people. She was later released in return for the release of another prisoner. By the end of the war, she was actively involved in the women’s suffrage campaign as an advocate and defender through her writings and lectures. She advocated for women’s dress refinement and wore men’s clothing at talks on women’s rights.

Mary Walker was born on 26 November 1832 in Oswego, New York, the fifth daughter of Alva Walker and Vesta Whitcomb Walker. She was conceived.

She earned her initial schooling at the Falley Seminary in Fulton, New York. As a kid, she worked on the family farm, where she wore men’s clothing since she believed women’s gowns were too confining for work. She worked as a school teacher in order to earn a scholarship to pursue a degree in medicine.

In 1855, as the only female student in her class, she graduated from Syracuse Medical College as a ‘Doctor of Medicine.’

After earning her medical degree, she traveled to Columbus, Ohio, to begin private practice, but returned to Oswego shortly thereafter. Soon afterward, she married fellow physician Albert Miller, and the two relocated to Rome, New York, to begin a joint practice. The collaborative practice did not succeed because female physicians were not respected or trusted during that age.

Mary Walker briefly attended ‘Bowen Collegiate Institute’ in Hopkinton, Iowa, in 1860. Later, the institute was renamed ‘Lenox College.’ She joined the school’s debate society, which was previously comprised entirely of male students, and was eventually suspended from school for refusing to withdraw from society.

In 1861, she volunteered to serve in the ‘Union Army’ during the American Civil War, despite the fact that women were deemed unqualified to serve on the ‘Union Army Examining Board’ at the time. Initially, she was only permitted to serve as a nurse and worked in the ‘First Battle of Bull Run’ at Manassas and at the ‘Patent Office Hospital’ in Washington, D.C.

She worked as an unpaid surgeon at the ‘Battle of Fredericksburg’ and ‘Chattanooga,’ close to the Union front lines.
Between the wars, she earned a second medical degree from the ‘New York Hygio-Therapeutic College.’ She also worked in tent hospitals in the Warrenton and Fredericksburg battle zones.

She desired to work as a spy and voiced her intention in September 1862 in a letter to the War Department that was not accepted. In September 1863, the ‘Army of the Cumberland’ recruited her as a ‘Contract Acting Assistant Surgeon (civilian)’. She also served as an assistant surgeon with the ’52nd Ohio Infantry.’ She was the first female surgeon in the United States Army.

Mary Walker frequently crossed enemy lines to assist people who were hurt. On 10th April 1864, during one of these pursuits, she was apprehended and imprisoned by Confederate forces and transported to Richmond, Virginia, as a prisoner of war. On August 12th, she was exchanged for a Confederate surgeon from Tennessee.

In September 1864, she continued to serve in the ‘Battle of Atlanta.’ At Kentucky, she worked as a superintendent in a female jail in Louisville. She was the head of an orphanage in Tennessee.

Mary Walker got afflicted with partial muscular atrophy while incarcerated and withdrew from government duty in June 1865. On June 13, 1865, she was awarded an $8.50 per month disability pension. The monthly pension was increased to $20 in 1899.

At the war’s conclusion, she became an outspoken champion for the women’s suffrage cause. She was elected president of the ‘National Dress Reform Association’ in 1866.

She was arrested multiple times for wearing men’s clothing, which she claimed was within a person’s freedom to choose whatever dress he or she saw appropriate.

Collect funds to endow a chair for a woman professor at Howard University’s medical school as a member of Washington’s major woman’s suffrage bureau.

‘Hit’ and ‘Unmasked, or the Science of Immortality’ are two of her works.
On June 10, 1982, a postage stamp commemorating her birth was published in her honor.

Following the war, she pushed for a variety of causes through her writings and talks, including women’s rights, health care, the women’s suffrage movement, and women’s dress reform. She remained a warrior for the cause of women’s suffrage until her death.

One year after her death, in 1920, the ‘Nineteenth Amendment to the United States Constitution was ratified, ensuring women the right to vote.

President Andrew Johnson presented her with the ‘Medal of Honor for Meritorious Service’ in 1865 for her contribution throughout the war. She is the only female recipient of this honor to date.

The honor was canceled in 1917, despite the fact that she never surrendered it and continued to wear it throughout. President Jimmy Carter restored it posthumously in 1977.

Mary is one of the wealthiest physicians and is ranked among the most popular physicians. Mary Edwards Walker’s net worth is estimated to be $1.5 million, based on our analysis of Wikipedia, Forbes, and Business Insider.