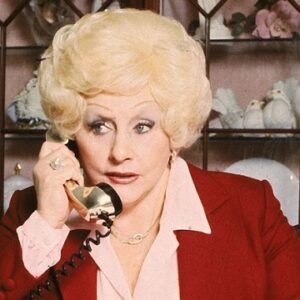 Mary Kay Ash, the founder of Mary Kay Cosmetics, Inc., was a well-known American businesswoman. Her business strategy was based on Christian principles. She instructed her employees to prioritize God, family, and job in that order. She urged women to embrace their strengths as mothers and wives while also excelling at work. She had to take care of her ailing father when she was seven years old, as well as all home responsibilities like as buying, cooking, and cleaning. “You can do it, Mary Kay, you can do it,” her mother would often tell her. She later accomplished the seemingly impossible when, at the age of 45, she founded her own company after being passed over for promotion by male coworkers on several occasions. It began in 1963 with a $5,000 investment, five foundation items, and nine salespeople. It made a profit within a few months and proceeded to develop year after year, opening manufacturing facilities in the United States, Switzerland, and China. By the time Mrs Ash died around the turn of the century, the company had grown to over 800,000 ‘consultants,’ selling $1.2 billion in products all over the world. Forbes Magazine named her one of “America’s 100 Best Companies to Work For” because she was the one who established the mission to provide equal opportunity for women in a world dominated by males.

Mary Kay was born Mary Kathlyn Wagner on May 12, 1918 in Hot Wells, Harris County, Texas. Within two years after her birth, her family relocated to Houston’s Sixth Ward, where she spent her formative years.

Her father, Edward Alexander Wagner, was a TB patient. Mary Kay was transported to a tuberculosis sanatorium when he was about three years old, where he stayed for four years. Despite the treatment, he remained disabled for the rest of his life.

Lula Vember Hastings, her mother, was the one who usually looked after them. She worked as a manager at a restaurant from 5 a.m. to 9 p.m., seven days a week, as a qualified nurse. Despite this, she was never fairly compensated as a female worker.

Mary Kay was the youngest of four children born to her parents. By the time their father returned from the sanatorium, her two sisters, Dealia Koch and Daisy Wagner, and brother, Cecil Dewitt Wagner, had all left the house. As a result, it fell to Mary Kay, a seven-year-old girl, to look after him.

She was also given the responsibility of running the household, which included cleaning, buying, and cooking for herself and her ailing father. When she came into anything she couldn’t handle, she’d call her mother and get instructions over the phone.

“You can do it, Mary Kay, you can do it,” her mother would often say when telling her what to do. That particular comment stayed with her for the rest of her life, and she would subsequently repeat it to her subordinates in order to stimulate them.

Mary Kay started her schooling at Dow Elementary School and eventually transferred to Reagan High School, where she graduated in 1934. She excelled in school and as an orator, winning numerous awards. Despite her desire for a university degree, she realized her family would never be able to finance it.

Mary Kay Roger married J. Ben Roger in 1935 and had three children with him. Roger was not a responsible father and the marriage was not pleasant. Mary Kay began selling child psychology books door to door to support her family, getting commission on the purchases.

After a few work changes, she eventually joined Stanley Home Products in 1939. She was expected to show off the company’s wares during parties held at people’s homes. She was a little woman, and lugging big household items was difficult for her, but she did not flinch.

Roger joined the army and departed when the United States entered the Second World War. Mary Kay continued to work as a salesperson to support her family. She had saved enough money by the conclusion of the war to attend the University of Houston.

Roger returned home to ask for a divorce in 1946, while Mary Kay was in her first semester. Mary Kay felt humiliated and depressed despite the fact that the marriage was not pleasant.

Despite her rheumatoid arthritis symptoms worsening, Mary Kay immersed herself in her work, winning numerous awards. Stanley, on the other hand, refused to consider her name for advancement just because she was a woman. Disgusted, she quit her job and moved to Dallas to work for World Gift in 1952.

She performed admirably in this position as well. She single-handedly increased the company’s turnover by more than 50% in a year. She rose through the ranks of the corporation to become the national training director. However, she was soon compelled to depart.

When it came time for her to be promoted again in 1963, a man she had trained was promoted ahead of her at double her salary. Mary Kay left her work in disgust, meaning to publish a book to aid women in business, after realizing she had once again become a victim of gender discrimination.

Mary Kay, a businesswoman, has recently begun writing on her new book. Sitting at her kitchen workstation, she began by making two lists: one of the positive aspects she had observed in the firms she had worked for, and the other of the aspects that needed to be changed.

While going through the list, she realized she had just laid the groundwork for a successful business that would provide women employees an equal chance at personal and financial success. She has now decided to start her own business.

Mary Kay understood she would have to tread carefully because she only had $5,000 in her life savings. She reached out to Ova Spoonemore, whom she had met at a Stanley Home Products party.

J. W. Heath, Ova’s father, was an Arkansas tanner. He’d come up with a skin-care formula that kept his hands smooth and wrinkle-free. Mary Kay paid $500 to Ova for the formula and used the rest of her savings to start a direct-selling business.

It was also determined that while Mary Kay would handle sales, George Hallenbeck, her fiancé, would handle the financial side of the business. However, he died of a heart attack only a month after the wedding, and the company was scheduled to debut the following month.

Mary Kay carried through with her plans, encouraging her 20-year-old son, Richard, to shoulder the financial burden. ‘Beauty By Mary Kay’ finally opened its doors in a 500 square foot Dallas boutique on Friday, September 13, 1963. Her older son joined the company eight months later.

Mary Kay’s engagement in the administration set ‘Beauty By Mary Kay’ apart from the competition. Women were almost non-existent in administration at other organizations, such as Avon, where they made up the sales crew. Mary Kay, on the other hand, was not only the company’s chairperson, but was also involved in every aspect of life.
She was, above all, a woman to the core. Pink was the color she chose for her product. People perceived her as a God-fearing mother of three children who was also determined to help other women who were underpaid and unhappy at the time rise in their careers.

Mary Kay had a policy of equal remuneration for equal effort and referred to her saleswomen as ‘consultants.’ She received a commission on their sales and moved up the ladder if any of them recruited new consultants. They were all her ‘daughters,’ whom she passionately mentored.

The company turned a profit after only a few months, and by the end of the fiscal year, it had sold $198,000 worth of cosmetics. Mary Kay hosted her first sales convention, which she dubbed a “seminar,” in 1964.
The conference was more of a festival, held in a warehouse decked with balloons. Her ‘daughters’ were fed chicken and Jell-O salad that she had prepared herself. It eventually became an annual event with three days of splendor, comparable to the Academy Awards.

The company, now known as Mary Kay Cosmetics, grew at a double-digit rate for the first ten years. It became public in 1968, initially on the over-the-counter market and then, starting in 1976, on the New York Stock Exchange.
By 1979, the company’s revenue had surpassed $100 million. It doubled that sum in the next ten years as it continued to grow. Meanwhile, as the stock price plummeted in 1985, Mary Kay repurchased her firm with a $450 million leveraged buyout.

Mary Kay, by then Mrs. Ash, began writing her autobiography, ‘Mary Kay: The Success Story of America’s Most Dynamic Businesswoman,’ in addition to leading the company. It sold over a million copies and was translated into various languages when it was first published in 1981.

Mrs. Ash had three other credits in addition to ‘Mary Kay.’ ‘Mary Kay on People Management,’ ‘Mary Kay: You Can Have It All,’ and ‘Miracle Happens,’ to name a few (2003).

Mrs. Ash was the chairman of Mary Kay Cosmetics until 1987. She then stood down as Chairman Emeritus of the company and remained active in it until 1996, when she suffered a stroke. The company had grown to the point that it was included on the Forbes 500 by that time.

Mary Kay Ash was the recipient of various distinctions and awards. The Horatio Alger Distinguished American Citizen Award (1978), Dale Carnegie Leadership Award (1977), Golden Plate Award by the American Academy of Achievement (1980), and others were among the most notable.
She was honored into the Junior Achievement United States Business Hall of Fame in 1996.

Lifetime Television named her the “Most Outstanding Woman in Business in the Twentieth Century” in 1999.
Legal Services of North Texas presented her with the “Equal Justice Award” in 2001.

Mary Kay married J. Ben Rogers, a gas station attendant who was also a member of a local band, in 1935. In 1946, the marriage ended in divorce. The couple had three children, all of whom eventually became involved in the family business.

Richard Raymond Rogers, her youngest son, joined the company upon its foundation, while J. Ben Rogers Jr. joined eight months later. Marylyn Reed, her daughter, joined Mary Kay Cosmetics as one of the directors in 1981.
She married George Arthur Hallenbeck, a chemist, two months before Mary Kay Cosmetics was created in 1963.

However, he died of a heart attack less than a month after the wedding.
Melville Jerome Ash, a retired salesman, married her in 1966. The couple had a lovely marriage that lasted until his death from lung cancer on July 7, 1980.

Mary Kay suffered a stroke in February 1996, rendering her housebound and unable to communicate. She did this for more than five years until dying of natural causes at her home in Dallas, Texas, on November 22, 2001. The Sparkman-Hillcrest Memorial Park Cemetery was where she was laid to rest.
She founded the Mary Kay Charitable Foundation in 1996. It continues to promote cancer research and strive to eliminate domestic violence in her honor.

Mary Kay Ash had a personal wealth of $98 million at the time of her death, with more than two-thirds of it in business stock.

Mary Kay Ash was a devout Christian who made God her top focus in life. ‘God first, family second, career third,’ she lived by her entire life. Pink was her favorite color. Not only did she choose the color pink for product packaging, but she also lived in a large pink estate and drove a pink Cadillac. She later leased pink Cadillacs, Toyotas, and Mercedes to the company’s best employees.