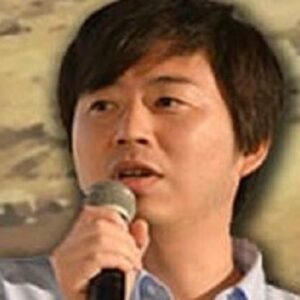 Japanese manga artist Masashi Kishimoto is well recognized for developing the well-known manga series “Naruto.” One of the most well-known manga series ever is “Naruto,” which has made history. Masashi was an avid lover of anime and manga since he was in elementary school. He was born in Okayama, Japan. He was a huge fan of the manga and television series “Dragon Ball.” His primary source of inspiration for becoming a manga artist was its creator, Akira Toriyama. Akira and Ghost in the Shell, two brilliant animated movies, also served as inspiration for Masashi. He chose to major in the arts at university. He began submitting his works to periodicals while still in college, and in 1995, he sent the “Karakuri” pilot to “Shueisha,” where it was published. He received a number of awards for his work. However, a wildly unsuccessful phase came after this. His one-shot adaptation of “Naruto” was released in 1997. The first episode of “Naruto” in serial form aired in 1999. It was in use for 15 years before being discontinued in 2014. It became one of the most popular manga ever after selling millions of copies in Japan and other nations. Masashi became one of the most well-known manga authors of all time after several additional iterations of “Naruto” were published in the years that followed.

Masashi Kishimoto was born in Okayama, Japan, on November 8, 1974. Masashi was addicted to three things as a kid: baseball, basketball, and “Dragon Ball.” The most successful and well-known Japanese animation of all time, “Dragon Ball,” is something he and his twin brother would frequently spend hours in front of the TV viewing. He became enthralled with the manga genre of art while still in elementary school.

From the manga he read and the anime he watched, he began to draw his favorite characters. He quickly became attracted to comics and neglected his schoolwork. He began performing poorly in class. He started idolizing Akira Toriyama, the creator, and designer of his favorite “Dragon Ball” characters, as he was approaching his adolescence.

He began to stray from comics while still in high school and began spending plenty of time playing basketball and baseball. The moment he saw the poster for the animated movie “Akira,” everything changed. He was so taken by the poster’s design that he made the decision to start writing manga.

Masashi attempted to create Chanbara manga during his first year at the “Kyushu Sangyo University,” which was a lesser-known subgenre. The genre was centered around historical sword fighting. But when he read the well-known Chanbara manga “Blade of the Immortal,” he began to doubt himself. He believed he lacked the talent to produce something that good.

In his second year of college, Masashi began submitting his ideas to publications since he felt that his writing was more appropriate for adult readers. When he first met Tetsuya Nishio, a designer, he understood that his creations were ideal for shnen manga, which was largely targeted at teenage boys.

Masashi Kishimoto’s career began in the middle of the 1990s when he sent the manga “Karakuripilot “‘s to the publishing house “Shueisha.” Masashi was given recognition by the corporation in 1996 with a mention in their monthly “Hop Step Award” as a result of its popularity. Masashi spent the following few years working on a number of fruitless initiatives, including “Asian Punk” and “Michikusa.” A one-shot edition of his creation “Naruto” appeared in “Akamaru Jump Summer” in 1997.

After experiencing numerous failures, he lost hope until he was contracted to make minor improvements to “Karakuri” for “Weekly Shnen Jump.” It was disapproved by reader polls. Masashi became more conscientious of the caliber of his work as a result. He also worked on the unsuccessful projects “Yaky” and “Mario” before deciding to try his hand at the shnen genre once again with “Magic Mushroom.” He was instructed to cease working on the project in the midst and create a serialized version of “Naruto” instead.

The serialized edition of “Naruto” was released in September 1999 and immediately became popular. The show centered on the adventures of “Naruto,” an orphan youngster who attended a ninja academy, and chronicled his life. The plot revolves around his friendship with “Sasuke,” a youngster with a troubled past, and their years spent attending school together. The readers responded well to the series, which led to its enormous success.

The manga series established itself as a trend-setter before it concluded in November 2014. In Japan, it sold more than 113 million copies, while in the US, it sold more than 95 million. Masashi found the manga’s popularity in the US to be fairly encouraging and claimed that it proved Americans had good taste because they could relate to the ninja world, which was completely foreign to them.

Eiichiro Oda, the author of “One Piece” and one of the most inventive and well-known manga artists of the modern period, read “Naruto” and acknowledged Masashi as a competition. Masashi, who saw Oda as a tremendous admirer, expressed his gratitude to the man for recognizing him as his adversary.
Later, the manga was adapted into the “Naruto” and “Naruto Shippuden” anime series. These also gained a ton of popularity in America and Japan.

Masashi dabbled with other lucrative endeavors than “Naruto.” He created a character for the well-known fighting game Tekken 6. Positive reviews of his character design for “Lars Alexandersson” were received. Later, the character appeared in “Naruto Shippuden: Ultimate Ninja Storm 2” as a crossover character.

Masashi’s connection to the original “Naruto” manga persisted even after it was finished. Later, it was revealed that Masashi would publish a short spin-off series titled “Naruto: The Seventh Hokage and the Scarlet Spring” in 2015. Additionally, Masashi played a significant role in the creation of the movies “The Last: Naruto the Movie” and “Boruto: Naruto the Movie.” When he was requested to carry on the “Naruto” legacy after the films were released, he said that he had had enough of the franchise and that he was too physically worn out to do so.

He revealed that he was creating a new manga with science-fiction elements in August 2015. The science fiction manga series “Akira” and “Ghost in the Shell” had served as some of his primary sources of inspiration when he was younger. Masashi announced that he would distribute it digitally and intended to improve upon “Naruto” in terms of quality. It was revealed before the end of 2017 that he would begin his new series in 2018.

Seishi Kishimoto, Masashi Kishimoto’s twin brother, is a musician. The two brothers shared a childhood spent reading manga and watching anime. The author of “O-Parts Hunter” and “Sukedachi 09,” Seishi also went on to have success as a manga artist.

The main character of the manga “Naruto,” “Naruto Uzumaki,” is depicted as having a ramen addiction. Masashi was inspired by his personal experiences to create this character because he also enjoys ramen. Masashi’s favorite ramen shop, which truly exists in the “Kyushu Sankyo University,” where he studied the arts, served as the inspiration for Naruto’s favorite ramen establishment.

Masashi has been wed since 2003, but because of his demanding job schedule, he has never been able to spend enough time with her. Their son was born.

The estimated net worth of Masashi Kishimoto is about $1 million.