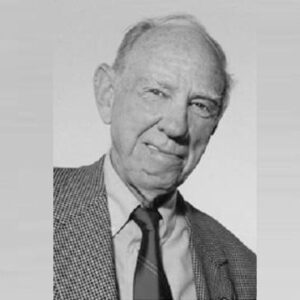 Mason Cooke Andrews was born in Norfolk, and he was a very good person. With a well-planned schedule for his life, he was able to do most of what he had planned for the community’s well-being and growth. Andrews’s amazing commitment to helping people out was even stronger than his interest in education and medicine. People say that sometimes he would only think about what would be best for Norfolk. Mason C. Andrews was the one who turned this waterfront area into a busy place for shopping and entertainment. His work as a doctor, his views as a civil activist, and his behavior as a councilman were all very well-liked and earned him the respect of the people around him. Keep scrolling to find out more about his background and timeline.

Andrews C. Mason was born in Virginia on April 19, 1919, in the city of Norfolk. Andrews went to Maury High School and then went to Princeton to get a Bachelor’s degree in Chemistry. He went to Johns Hopkins University to get his Master’s degree and then went on to specialize in obstetrics and gynecology.

Andrews Service to the Community

Andrews C. Mason started helping his community at the beginning of the 1950s. He worked for the Norfolk Chamber of Commerce and the Health Welfare and Recreation Planning Council. While he was President of the Norfolk County Medical Society, he also put together a group of people from both parties to study what a medical school in the area would need.

This study helped persuade the Virginia General Assembly to approve a new medical school, and in 1964, the Eastern Virginia Medical Center authority was formed. Andrews was the chairman of the authority from 1964 to 1970. Under his direction, a medical center complex was built. This was built in a place where slums had been for a long time.

When a baby was made through in-vitro fertilization in the United States in 1981, it got a lot of attention. In 1983, this led to the creation of the Jones Institute for Reproductive Medicine. From 1974 to 2000, Andrews worked with the Norfolk City Council. From 1992 to 1994, he was also the mayor of the city.

During this time, he made a lot of important contributions that helped get the downtown waterfront fixed up. His work for the city was very important, and the Mac Arthur Center Mall and the Norfolk campus of Tidewater Community College are both projects he worked on. In 2000, when there was re-election for the city, Mason Andrews chose not to run.

Andrews continued to help his hometown for about 26 years as a member of the city council. During this time, he focused most of his efforts on making the city better. Even though he had been to the births of more than 5,000 babies in Norfolk, his first test-tube success, the birth of Elizabeth Carr, was always special to him.

Elizabeth Carr was born on December 28, 1981. She was the first baby in America to be made in a lab. It was called the start of a new technological era, and it gave hope to the thousands of women who were having a hard time getting pregnant.

Andrews C. Mason married Sabine Alston Goodman, and the two girls Jean and Mason were born to them. Andrews was 87 years old when he died on October 13, 2006. He had been in the hospital for pulmonary fibrosis.

Andrew Mason is a businessman from the United States who is worth $200 million. Andrew Mason became wealthy and famous when he helped start the company Groupon, which makes daily deal coupons.