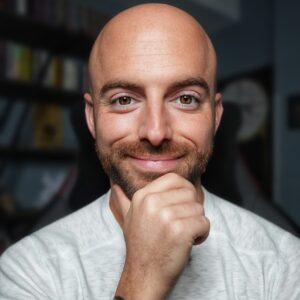 Matthew Santoro is a famous Canadian YouTuber that reveals surprising information about the globe. It ranges from ‘10 CRAZIEST Things Found in Living People!’ to ‘10 MOST DISGUSTING Things Found in Fast Matthew has a unique perspective on life’s insignificant details. After a few minutes of his videos, you’ll be thinking hard. In his videos, he does not compel you to think a specific way, but rather he makes his point in a very acceptable manner. He also has a vlogging channel on YouTube. He had a popular gaming channel named ‘Santoro Gaming’ until 2016, when he deactivated it for unknown reasons. His main channel ‘MatthewSantoro’ has over 5.7 million subscribers and millions of views, proving that Santoro is a star in the making on YouTube.

Matthew Santoro, an accountant from Brock University in Ontario, Canada, never meant to be a full-time YouTuber. In 2010, he started a YouTube channel but only posted videos when he had time. In 2012, the aspiring YouTuber lost his job. He discussed it in his video ‘I Lost My Job Today.’ Santoro began focusing on his YouTube account after he lost his job. He focused his energies in the correct path and never looked back. Slowly, the world’s young began to notice his talent, and he quickly accumulated over 5.7 million loyal YouTube fans. Santoro has over 607K Twitter followers, 600K Facebook fans, and 311K Instagram followers.

Why Is Matthew Santoro Unique?

Matthew Santoro is one of the few YouTubers who can make ‘amazing facts’ videos on anything. His Top 10 lists are so famous that his channel has a magnetic pull. The number of individuals that follow him on social media proves it. He can convey complicated concepts in the simplest terms. Santoro’s videos are largely about current events and issues affecting today’s youth. He also has a great relationship with his fans and makes videos based on their requests.

Mr. Santoro is the energetic host of the May 28, 2015 series ‘Food for Thought’. Our very own YouTuber co-hosted the massive ‘Global Citizen 2015 Earth Day’ with Yousef Saleh Erakat, Soledad O’Brien, and Will.i.am. Matthew is also a brilliant writer who in 2015 signed with the prestigious Penguin Books. MIND=BLOWN was published in August 2016.

Matthew was born in Welland, Ontario, on July 16, 1985. He enjoys the popular rapper Drake and the Hip-Hop culture. He moved to Los Angeles in early 2017. Santoro has kept his Canadian citizenship despite having a US green card.

Matthew Santoro, a popular YouTuber with over 6.3 million subscribers, gets a lot of money from internet advertisements. He was an accountant before focusing on his YouTube channel. He has an MBA from Brock University. In 2022, his net worth is expected to be over $3 million.