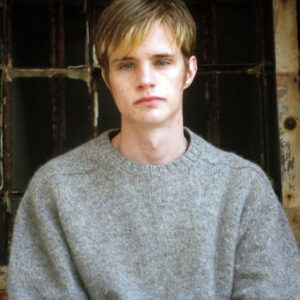 Matthew Shepard was an American university student at the University of Wyoming who was doomed from the start. Aaron McKinney and Russell Henderson, two of his university classmates, viciously tortured him. It was purportedly a hate crime motivated by Shepard’s sexuality, and the fatal injuries he sustained led to his premature death. As a result of the tragedy, ‘hate crime’ legislation at both the state and federal levels has received national and worldwide attention. In October 2009, the ‘Matthew Shepard and James Byrd, Jr. Hate Crimes Prevention Act,’ often known as the ‘Shepard/Byrd Act’ or the ‘Matthew Shepard Act,’ was signed into law. President Barack Obama signed the Act into law permanently on October 28, 2009. Following the terrible incident, Judy Shepard (Matthew’s mother) became an active participant in political movements and a prominent LGBT rights campaigner. In December 1998, she and her husband, Dennis Shepard, founded the Matthew Shepard Foundation.

Crest Hill Elementary School, Dean Morgan Junior High School, and Natrona Country High School were where Matthew received his education. As a child, he was gentle, sensitive, and shy. Despite his pleasant personality, he was frequently ridiculed because of his diminutive stature and lack of physical ability.

When his father was relocated to Dhahran, Saudi Arabia, he moved there in his junior year of high school. He graduated from the American School in Switzerland in May 1995, where he studied German and Italian. He was passionate about theatre, music, and fashion. He became interested in politics as well.

Matthew Shepard studied liberal arts at Catawba College in Salisbury, North Carolina, and got interested in pursuing a career in theatre there. He didn’t tell his mother he was gay until after high school, despite the fact that he had known for a long time. He later moved to Raleigh, North Carolina, before returning to Casper to attend community college.

During his time in Casper, he met Romaine Patterson (a lesbian) and eventually became close friends with her. Matthew became engaged with numerous part-time jobs in Denver, Colorado, where they both settled.

He went on a trip to Morocco in February 1995, where he was assaulted. Some local thugs assaulted, raped, and mugged him. Despite the requisite therapy, he was unable to move on from the horrific violence he had witnessed, and he endured recurrent nightmares and panic episodes as a result. Due to his continuing sadness, he was even suspected of drug use.

In 1998, he relocated to Laramie, Wyoming, because he felt safer in a small community with less exposure. During that period, he attended the University of Wyoming, which was also his parents’ alma mater. He was an active member of the LGBT (lesbian, gay, bisexual, and transgender) alliance at the university.

Murder and its Consequences

Matthew Shepard was a happy, active individual who enjoyed taking on new challenges. He interacted with numerous individuals and readily bonded with them because of his warm and approachable character. He was a firm believer in equality and advocated for it whenever he had the opportunity.

He was decent, kind, and considerate of the ups and downs of life. He was an excellent conversationalist with a strong desire to assist those in need.

Shepard met Aaron McKinney and Russell Henderson at a bar during his stay in Laramie, and the boys saw him as an easy target. After making arrangements to rob Matthew, the two of them persuaded him to accompany them in a car ride to a distant, isolated place on the tragic day of October 7, 1998.

They bound him to a split-rail fence and beat him savagely with a pistol, breaking his face and shattering his head. He was left to die in the near-freezing early hours, bleeding profusely. He was discovered approximately 18 hours later by Aaron Kreifels, a bicycle who had mistook him for a scarecrow.

Matthew Shepard was taken to the Poudre Valley Hospital in Fort Collins, Colorado, while still alive. He’d had serious head injuries, a damaged brain stem, and hypothermia. He was in a coma for four days before passing away on October 12, 1998.

The bloodstained revolver, as well as Shepard’s wallet and shoes, were discovered in McKinney’s truck not long after his death, and the two offenders were arrested and charged with kidnapping, felony, and first-degree murder. Both Aaron McKinney and Russell Henderson were eventually sentenced to two consecutive life sentences following multiple court proceedings.

The terrible episode sparked widespread outrage across the country and around the world, as well as a lot of media coverage. Shepard’s death had a long and loud reverberation, and it is today seen as a watershed moment in the never-ending fight for justice against anti-gay discrimination and hatred.

Several years later, on October 28, 2009, the Shepard/Byrd Act was passed into law, allowing the Department of Justice to investigate and, if necessary, prosecute any future bias-motivated violence against LGBT victims.

Shepard’s parents established the Matthew Shepard Foundation to eradicate prejudice and welcome everyone with dignity, regardless of their differences, in order to promote a loving and fair world. Shepard’s narrative has been depicted in a play called “The Laramie Project,” as well as in songs, documentaries, and feature films.