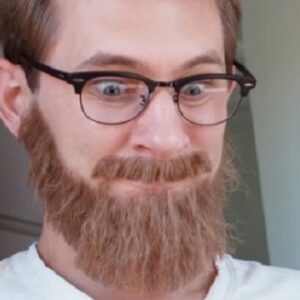 Matthew Fredrick, also known online as “Matthias,” is a well-known American singer, filmmaker, and YouTube sensation. For his main YouTube channel, “Matthias,” and a number of other channels he appears in, like “Team Edge,” “Battle Universe,” and others, he primarily produces list-based comic entertainment. “Googly Eyes!” as well as “Team Edge Gaming.” Additionally, he frequently appears on the channels owned by his brother Joey and his wife Amanda, “Amanda Faye” and “J-Fred,” respectively. He co-owns the YouTube channel “Matt & Amanda” with his wife. In addition to these channels, he frequently works with other well-known YouTube stars, like Jacksepticeye and Markiplier. He established Music Mentality Productions in 2008 and has since scored a number of short films, two commercials, and a feature film. He is also a musician. He has released three full-length albums and an acoustic EP. He supports a number of companies, but he is careful to pick companies that are enthusiastic about their goods rather than just concerned with generating money. In 2013, he received the Internet Icon (season 2) honor.

When he was in the ninth grade, Matthias, whose father worked in the entertainment business, began producing short films. After creating more than a dozen videos, he discovered that he had no followers, which made him want to stop. He accepted a job at a pharmacy after finishing school and simultaneously enrolled at the College of the Canyons to study music and film. He also directed the film “Maestro,” which was featured on Vimeo’s front page and won the best cinematography award. He later changed schools and enrolled at California State University, Northridge (CSUN), where he joined the Hollywood Foreign Press Association as a fellow. He was one of four students at CSUN who were selected to direct a thesis movie with a $30k budget. His project assistant, Alex, a fellow student, has a YouTube channel called “Joule Thief.” In April 2012, with Alex’s assistance, Matthias began creating YouTube videos after losing his job at the pharmacy at the time. Since then, he hasn’t looked back.

A passion for music

Matthias made friends with several other pupils at school who shared his interests when he was in the tenth grade. They had a band, which piqued his musical interest. He introduced himself as a vocalist to be with the group despite never having sung before. He ultimately mastered the piano, guitar, bass, and other instruments. He remained devoted to music even after his pals stopped enjoying it. Later, he would run into DJ Michael Badal, who also shared his love. Matthias learned from him how to use a computer to create music on his own. He started the group “The Social” in the eleventh grade, and with Badal’s assistance, they released the 14-song album “Where We Should Be.”

Matthias claims that his love for creating videos is what made him successful. When he originally began to create videos for YouTube, making money wasn’t the first thought that sprang to mind. He enjoys making videos about subjects that either make his audience laugh or benefit them in some manner. When asked how he comes up with ideas for the subjects of his films, he said that he approaches everything with an open mind, which aids him in discovering novel concepts. He believes it is crucial to involve the viewers in the development process because YouTube is a platform that feeds on the connection between the content provider and the audience. He not only considers what his viewers want, but he also gives them credit when he uses their suggestions for new programming.

On September 20, 1988, Matthew Fredrick was born in Woodland Hills, Los Angeles, California. They had to relocate to Orlando when his father was working as an Imagineer for Walt Disney. He had unlimited access to Disney World because his father created the theme parks for the company. He has a younger brother named Joey and a sister named Sarah. While his brother owns the channel “J-Fred,” his sister and brother-in-law Bryan manage “The Crazie Crew.” He used to play basketball with his brother and their friend Trevor when they were little, but he stopped playing after his friend relocated to a different state.

He married Amanda Faye, a YouTuber known for her fashion and beauty videos, who had been his long-term lover. They were in different classes, although they attended the same school. Even though they wouldn’t go on their first date until much later, as soon as they saw each other during the PE class, they fell in love. He asked her to marry him on a beach after four years of dating. Luna is the couple’s daughter.

The estimated net worth of Amanda Faye is about $1 million.