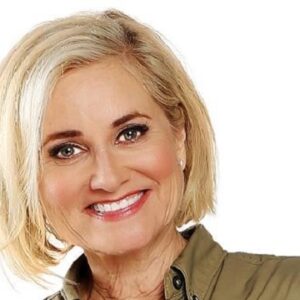 Maureen McCormick is an American actress, author, and musician. From 1969 through 1974, she starred as ‘Marcia Brady’ in the hit ABC television series ‘The Brady Bunch’. She later repeated the character in ‘The Brady Kids,’ ‘The Brady Bunch Hour,’ ‘The Brady Brides,’ and ‘A Very Brady Christmas.’ She also recorded four studio albums with the ‘Brady Bunch’ group. Her solo album is titled ‘When You Get a Little Lonely’. She has been on ‘Celebrity Fit Club’ on VH1, ‘Gone Country’ on CMT, and the Australian edition of ‘I’m a Celebrity… ‘Get me out!’ Her 2008 autobiography appeared at #4 on ‘The New York Times’ popular books list and garnered both positive and negative reviews.

Maureen Denise McCormick was born in Encino on August 5, 1956. William McCormick (a teacher) and Irene McCormick (a housewife). Her older brothers are Michael, Dennis, and Kevin.
She graduated from Taft High School in California. She has always loved dance and music. She enjoyed putting up puppet performances for the neighborhood kids.

When she was six, she won the Baby Miss San Fernando Valley beauty competition. In 1964, she made her first national television appearance in Mattel advertisements (for Barbie and Chatty Cathy dolls).

She had two episodes of the American comedic fantasy series Bewitched in the late 1960s. It was also the longest running fantasy-themed TV series in the 1960s and 1970s.
Aside from Honey West, she appeared in My Three Sons, I Dream of Jeanie, and The Farmer’s Daughter.

To play ‘Marcia Brady’ (the eldest of the three ash-blonde daughters) in ‘The Brady Bunch’, Maureen McCormick had to audition against 1,200 other girls. The show also featured Robert Reed and Florence Henderson as a newlywed couple in a blended household. The show was a hit and ran for five years on ABC.
It was in 1970 when she recorded a new Chatty Cathy doll with her wonderful voice.

Her long-lasting, cross-generational reputation as Marcia Brady spawned many films and spin-offs — a mini-series ‘The Brady Brides’ (1981) and a feature ‘The Brady Girls Get Married’ (1981). When ‘The Bradys’ series debuted in 1990, Maureen couldn’t play Marcia Brady since she had just had a baby.

Post-Brady Bunch she worked in guest parts on TV sitcoms such as Donny & Marie, The Love Boat and Happy Days as well as movies like Vega$ and Streets of San Francisco.
Her supporting roles include ‘The Idolmaker,’ ‘A Vacation in Hell,’ ‘Skatetown, USA,’ and ‘Return to Horror High’ (1987).
During the 1980s and 1990s, Maureen McCormick starred as Wendy Darling in ‘Peter Pan’ and Betty Rizzo in ‘Grease’. She was the first Rebecca Crane in the classic soap opera ‘Passions’.

A reality show named ‘Outsiders Inn’ was created after she joined the cast of ‘Gone Country’ on CMT in 2008. As part of the show, she opened a B&B in Newport, Tennessee.

Maureen McCormick was at the Comedy Central roast of ‘Larry the Cable Guy’ in 2009. Around the same time, she played her favorite character (Marcia Brady) on an episode of ‘Scrubs’.

On 30 August 2016, she was announced as a celebrity contestant for the 23rd season of ‘Dancing with the Stars’. Her partner was Artem Chigvintsev, a professional dancer, and they placed 8th.

Maureen McCormick had four albums and toured with the ‘Brady Bunch’ group. Her first solo was ‘Truckin’ Back to You’ in 1972.

In 1973, she collaborated with her ‘Brady Bunch’ co-star Christopher Knight on an album titled ‘Chris Knight and Maureen McCormick’.

McCormick’s next solo singles, ‘Little Bird’ and ‘Just a Singin’ Alone’, did well on the Western US music charts. Dick Clark, the host of ‘American Bandstand,’ later praised her performance of ‘Little Bird’ and encouraged her to pursue a singing career.

In 1973, she released ‘Love’s in the Roses’, which was supported with ‘Harmonize.’ In 1995, she released her first (and only) solo album, ‘When You Get a Little Lonely,’ to excellent reviews.

Maureen McCormick is best remembered for playing Marcia Brady in the 1970s sitcom ‘The Brady Bunch’. The show was a smash hit and made McCormick a household name in American television.
In 2007, she joined the fifth season of VH1’s Celebrity Fit Club to drop 30 pounds. She was meant to win, losing 34 pounds in the process.

Syphilis killed her grandmother, Maureen McCormick reveals in her autobiography. Her mother had syphilis in the womb and died of cancer. Maureen had a lifelong fear of contracting the disease, which was baseless.

‘Brady Bunch’ co-star Barry Williams and McCormick had a rocky romance. Cocaine and quaaludes damaged her career once the series was cancelled. She had bulimia and sadness.

She married Michael Cummings on March 16, 1985, and they have Natalie Michelle (1989). Post-marriage, she proceeded to counselling and rehab to get her life back on track Her depression was addressed with Prozac and her association with the ‘Brady Bunch’ family helped her cope.