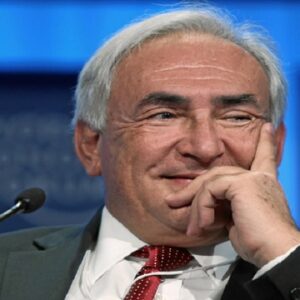 Maurice Allais was a Nobel Laureate and a French economist who was well-known for his work on resource efficiency and market behavior. He was born into a working-class household in the early twentieth century and lost his father when he was just four years old in the First World War. Despite his rough upbringing, he went on to study engineering and work for Nantes Mines and Quarries Service. He had little work during the German occupation of France in the early 1940s, so he took use of the chance to learn economics. He then began lecturing and producing papers that were more than theoretical in nature. His work was particularly essential in the years following WWII, since it aided state-owned monopolies in expanding at a breakneck pace. It took him a long time to get international fame, which he deserved, because he wrote in French and did not support translation. He worked on physics and history in addition to economics, and was a leading force for the establishment of the European Economic Community.

Maurice Félix Charles Allais was born into a working-class household in Paris on May 31, 1911. In the city, his parents ran a small cheese shop. It’s unclear whether he had any siblings.

His father was forced into the army and sent to fight in the First World War when he was only three years old, in August 1914. He was taken prisoner by the Germans and held in a POW camp in Germany for several months before dying of typhus on March 27, 1915.

Maurice was only four years old at the time, but the episode left an indelible impression on him. Many people feel that his dedication to European construction arose from such a personal loss.

Maurice was reared by his mother in Paris under tough circumstances. As a result, he began his formal education three years late, in 1919, at a local state school on rue d’Alésia. His classmates were all considerably younger than he was.

Fortunately, the school’s headmaster allowed him to skip a few lessons. As a result, by October 1921, he had caught up with other boys his age and was able to start his secondary school at the Lycée Lakanal in Sceaux on time.
His mother married for the second time in 1923. It’s probable that he was sent to live with his grandfather, a carpenter, at some point during this time. It did not, however, affect his secondary schooling. He, on the other hand, excelled in his academics.

He earned his high school baccalaureate diploma in Latin and Science in 1928, and his double baccalaureate credentials in Mathematics and Philosophy in 1929. However, because history had always been his favorite subject, he decided to pursue it at the Ecole des Chartes.

His mathematics teacher persuaded him to enroll at Ecole Polytechnique, a famous science and engineering college in Paris. He took one more year of specific mathematics studies at Lycée Lakanal as a precaution.
Following that, he took the Ecole Polytechnique entrance exam. Despite passing the exam, he was dissatisfied with his ranking and opted to repeat for the admission examination the next year.

After that, he began taking special classes at Louis-le-Grand high school while staying at his mother’s boutique at night. He was admitted to Ecole Polytechnique in 1931 with a strong academic standing.

He went on a study visit to the United States while he was there. The country was in the midst of the Great Depression at the time, and he was shocked by the standard of living he saw. Unbeknownst to him at the time, the experience would have a significant impact on his job decision in the future.

He received his diploma from Polytechnique in 1933, graduating first in his class. Following that, he served in the military, first in the Artillery School at Fontainebleau and subsequently in the Alpine Army.

He then enrolled at the École Nationale Supérieure des Mines de Paris, intending to join the government service (National School of Mines in Paris). He began his working life as an engineer in the Mines Public Service after graduating from there in 1936.

Early on in career

Maurice Allais was briefly assigned to the Public Works Ministry after joining the service in October 1936, where he worked on an economic investigation into the coal market. He was afterwards promoted to senior civil service engineer and assigned to Nantes in April 1937.

As a result, at the age of twenty-six, he was appointed director of the Nantes Mines and Quarries Service, which had control over five departments. He was also responsible for supervising a number of restrictions, particularly those related to railways.

He was recalled by the Alpine Army in 1939, at the start of World War II. He was assigned to command a heavy artillery battery as a Lieutenant and went to combat in the Italian Front’s Briancon sector.
However, he only experienced real combat between June 10, 1940, when Italy declared war on France, and June 25, 1940, when the armistice was signed. At July 1940, he returned to his post in Nantes, which was already occupied by the Germans.

As a professional economist

During WWII, there was relatively little work available in Nantes. Maurice Allais began to consider similar scenarios, seeking to find a suitable answer, after recalling his experiences during the Great Depression in the United States.
From 1941, he began teaching himself economics in addition to his administrative responsibilities. Two years later, in 1943, he published his first book, ‘la recherche d’une discipline économique’ (In Search of an Economic Discipline – Treatise on Pure Economics).

He returned to Paris in the same year as Director of the Bureau of Mines Documentation and Statistics. He also became Professor of Economic Analysis at the École Nationale Supérieure des Mines in Paris in 1944, a position he held until 1988.

He was also the Director of Research at the Centre National de la Recherche Scientifique (C.N.R.S.) and the Director of the Centre for Economic Analysis, which was linked with both the École des Mines and the C.N.R.S. from October 1946 to 1980.

Apart from that, Allais was named a professor at the University of Paris’ Institute of Statistics in 1947, a position he held until 1968. He had to work extremely hard as a result of his multiple jobs, putting in at least 80 hours per week.

Despite this, he managed to publish a number of studies and write pieces for a variety of magazines. ‘Économie et intérêt’ (1947) was the most important of the papers he wrote. ‘Economie pure et rendement social’ (1945), and ‘Abondance ou misère’ (1946) are two more noteworthy works from this period (1946).

As an economist, he focused primarily on conditions that would result in maximum economic efficiency. Another area of his specialty was the analysis of the factors that determine income distribution. He also began working on behavioral economics, although only briefly.

Physics and History are two subjects I’m interested in learning more about.
Maurice Allais continued to work on engineering while working on economics and got a PhD in engineering from the University of Paris, Faculty of Science, in 1949. He then conducted numerous experiments in the disciplines of gravitation, special relativity, and electromagnetic from 1952 to 1960.

In 1954, while experimenting with a ‘paraconical’ pendulum he had constructed, he found that when the moon passed in front of the Sun, the pendulum travelled quicker than usual. After more investigation, he came to the conclusion that during a solar eclipse, the earth’s gravitational force appears to increase.

He stayed fascinated by history as well. Despite his busy schedule, he began authoring ‘Essor et déclin des civilisations-Facteurs economiques’ in 1961, a book that took him seven years to complete.

Maurice Allais had always been a proponent of European integration in international politics. He began actively participating in many national and international conventions aimed at establishing European construction after WWII. His efforts resulted in the establishment of the European Economic Community in 1958.

In 1959, he formed the liberal para-political organization ‘Movement for Free Society,’ and served as its general delegate until 1962.

When Georgetown University’s Center for Strategic Studies conducted an international conference called NATO in Quest of Cohesion in 1964, Allais was chosen to report on the proceedings.

Meanwhile, he was named a Distinguished Visiting Professor at the University of Virginia’s Thomas Jefferson Center in 1958. Later, he taught at the Graduate Institute of International Studies in Geneva from 1967 to 1970, and at the University of Paris-X from 1970 to 1985.

He retired from the civil service on May 31, 1980, at the age of 65, but continued to work at the Ecole Nationale Supérieure des Mines until 1988. He also maintained contact with the Centre National de la Recherche Scientifique, which allowed him to continue his involvement in teaching and research.

Maurice Allais is well known for his seminal theoretical works in which he attempted to strike a compromise between social benefits and economic efficiency. He quantitatively established that equilibrium pricing can lead to an efficient market system in his first significant paper, ‘A la Recherche d’une Discipline Economique,’ published in 1943.

‘Economie et Intérêt,’ published in 1947, is another of his important works on capital and interest. In it, he demonstrated that the optimum rate of interest should be equal to the rate of economic growth in order to maximize real income.

He was awarded a grand officer by the French government in 2005 after being named an officer of the Legion of Honour in 1977.

He received the Gold Medal from the Centre National de la Recherche Scientifique (C.N.R.S.) in 1978 for his lifetime achievements. He was the only economist to get the award until then.
Maurice Allais was awarded the Nobel Memorial Prize in Economics in 1988 for “pioneering contributions to the theory of markets and optimal resource utilization.”

Maurice Allais married Jacqueline Bouteloup on September 6, 1960, when he was nearly fifty years old. He had her as a student at first. She was a close collaborator in all of his undertakings from 1952 until her untimely death in 2003. A daughter was born to the couple.

Allais died of natural causes at his home in Saint-Cloud on October 9, 2010. He was ninety-nine years old at the time, and his daughter was his only survivor.

In honor of him, the decision dilemma he devised in 1953 has been dubbed the ‘Allais Paradox.’ He used it to demonstrate that the expectations of expected utility theory are inconsistent when contrasted to actual observed choices.

After him, the ‘Allais effect,’ which relates to the unusual behavior of pendulums reportedly observed during a solar eclipse, was named. He initially saw the event on June 30, 1954, and then again on October 2, 1959.

Maurice Allais’ estimated net worth is $1 million, according to online sources (Wikipedia, Google Search, Yahoo Search). His primary sources of income are as a Director of Research at CNRS, engineer, economist, and physicist.