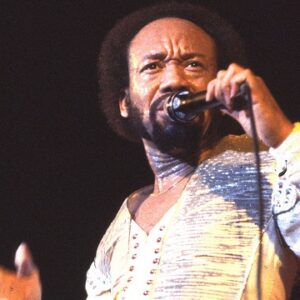 Maurice White was a well-known musician, singer, songwriter, and record producer in the United States. He became famous around the world as the leader of the band ‘Earth, Wind & Fire.’ The ‘water’ element was absent from the band’s name because he lacked any water signs in his astrological chart. The band dabbled in a range of musical styles, including funk, jazz, soul, pop, and R&B. The impact of African sounds could be heard, and it helped to generate some unusual versions that were well received by the general public. Maurice had a difficult time with his band at first, but he persevered and eventually managed to remodel it with new members such as Philip Bailey (singer), Larry Dunn (keyboardist), and Al McKay (guitarist). Verdine, his younger brother, played bass in the band. Maurice, a gifted musician, did everything he could to ensure the success of ‘Earth, Wind & Fire’ by actively organizing concerts that attracted the audience with exotic features like live disappearing acts and pyramids, as well as enthralling music.

Maurice “Moe” White was born on December 19, 1941, in Memphis, Tennessee, and raised in the Foote Homes Projects by his grandmother. He frequently visited his mother, Edna, in Chicago, where she lived with his stepfather, Verdine Adams, a doctor who also played the saxophone on occasion.

He graduated from Booker T. Washington High School, where he met and became friends with Booker T. Jones and established a “cookin’ little band.”

He relocated to Chicago and enrolled in the Chicago Conservatory of Music after being captivated by music as a youth. He also became interested in playing drums at local Chicago nightclubs.

The Career of Maurice

Along with the other studio artists at Chess, he was a member of the Jazzmen group, dubbed The Pharaohs.
White took over as the drummer for the legendary Ramsey Lewis Trio in 1966, replacing Isaac Holt.

In 1969, he founded his own band, the “Salty Peppers,” in Chicago with his pals Wade Flemons and Don Whitehead, and dedicated himself to its success. Verdine, his brother, also joined the band. The band was signed to Capitol Records and released singles such as ‘La La Time’ and ‘Uh Huh Yeah,’ which received mixed reviews.

Maurice White altered the band’s name from ‘Salty Peppers’ to ‘Earth, Wind & Fire’ after moving to Los Angeles, and the band was rebuilt with new members.

Under Maurice’s direction as a bandleader and producer, the band soared to popularity with its new look. It was nominated 14 times and went on to win six Grammy Awards and four American Music Awards, cementing its place in music history.

After their records sold over 90 million copies around the world, the EWF (Earth, Wind & Fire) received their own star on the Hollywood Boulevard Walk of Fame.

In 1993, he was linked to James Ingram’s album ‘Always You,’ which featured the hit single ‘Too Much for This Heart.’ Along with Maestro Curtis, he was the executive producer of the Xpression group’s album ‘Power’ in 2000.

The albums were ranked 3rd and 5th on the Top Contemporary Jazz Albums Charts, respectively.

In 2008, he served as executive producer on the album ‘Bringing Back the Funk,’ which featured Larry Dunn, Ledisi, Maceo Parker, Larry Graham, and Bootsy Collins and finally reached number one on the Top Contemporary Jazz Charts.

He was the official songwriter for the films Undercover Brother’ and ‘Coming to America.’ He was also a part of the television series ‘Life is Wild and the Broadway play ‘Hot Feet.’

By incorporating the kalimba into the sounds of his band, ‘Earth, Wind & Fire,’ Maurice White pioneered the use of the instrument in mainstream music. He also added a complete horn section, known as the Phenix Horns or Earth Wind & Fire Horns, to the band.

White was a co-producer of Deniece Williams’ debut album, ‘This Is Niecy,’ which reached number three on the R&B music charts in 1976. It was the Kalimba Productions’ debut effort, and it was directed by Maurice White and Charles Stepney.

In 1976, White and Stepney collaborated on the girl group The Emotions’ single “Flowers.” It reached number 45 on the Pop charts and number 5 on the R&B charts. Following the death of Charles Stepney in the same year, White was entirely responsible for the production of ‘The Emotions” following album, titled ‘Rejoice.’

This was a major hit, reaching the seventh position on the Pop charts and the first position on the R&B charts.
The Emotions’ third album, ‘Sunbeams,’ was released by Columbia Records in 1978, with White overseeing the project.

In March 2007, he served as executive producer of ‘Interpretations: Celebrating the Music of Earth, Wind & Fire,’ a tribute album to his renowned band ‘Earth, Wind & Fire.’ Chaka Khan, Kirk Franklin, and Angie Stone were among the musicians who contributed to the album’s success.

For ‘Earth, Wind & Fire,’ Maurice White was nominated for a Grammy Award in the category of Best Instrumental Composition in 1976.

For ‘Got to Get You into My Life,’ he won the Grammy Award for Best Instrumental Arrangement Accompanying Vocalist in 1978. In the same year, he received a nomination for ‘Fantasy’ in the category of Best R&B Song.

He was nominated for The Producer of the Year Award at the Grammy Awards in 1979.

Maurice White is survived by his wife, two boys, and one daughter. He was married to Marilyn. He had two California house properties, one in Carmel Valley and the other in Los Angeles.

Verdine White, his younger brother, is still a member of the ‘Earth, Wind & Fire’ band as a background vocalist and attends the tours. During the recording of their album ‘Devotion’ in 1974, another younger brother named Fred joined the band.

White died in his sleep at his Los Angeles home on February 4, 2016, from the long-term symptoms of Parkinson’s disease. He was 74 years old at the time.

Maurice White had a $5 million net worth as an American musician, producer, and arranger.