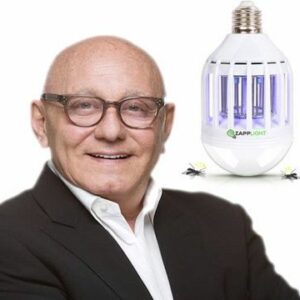 Max Azria is a well-known fashion designer from all over the world. He built his fashion empire by making modern clothes for women. He started designing at a young age and worked in Paris, France, for the first eleven years of his career. The designer eventually moved to the United States, where he built the headquarters of his fashion empire in Los Angeles, California. Throughout his career, he has kept making clothes that famous people in Hollywood wear. One of the most important and influential designers in the world, he makes things that are both useful and affordable as well as stylish. He is the CEO, Chairman, and Head Designer of his own company, “BCBG Max Azria Group.” This company has created more than twenty brands and has more than 550 “BCBG Max Azria” boutiques all over the world, including London, Paris, Berlin, and Tokyo, to name a few. Each season, “BCBG Max Azria Group” makes effective and well-known ads with top models, photographers, and stylists. These ads are published in major magazines. His fashion-forward attitude has given him a good name in the fashion world, among celebrities, and among regular people.

Max Azria was born in Sfax, Tunisia, on January 1, 1949. He was the sixth and last child of Tunisian Jewish parents. Serge Azria, who is his older brother, also designs clothes for women.

When he was 13, his family moved to the south of France. In 1963, they moved to Paris, where he continued his education.
The designer became interested in fabrics while he was in Paris, which led to his work in the fashion industry.

Azria started making clothes for women in Paris in 1970. After 11 years in the Paris market, he moved to the United States in 1981 and opened a chain of stores called Jess that sold cool French clothes.
In 1989, he started the California-based company BCBG Max Azria. The name comes from the French phrase “Bon chic bon genre,” which means “good style, good spirit.”

At “New York Fashion Week” in 1996, he showed his first runway collection, called “BCBG Max Azria Runway.”
In 1999, the designer added a line of plus-size clothing for women and added men’s clothes to the BCBG Max Azria brand.

Max Azria was first shown at “New York Fashion Week” in 2006. This line had ready-to-wear collections that had their own style. In the same year, his company bought out G+G Retail, a failed retail chain. The designer was able to get the lines “G+G” and “Rave Brand” because of this purchase.

There are more than 550 “BCBG Max Azria” stores around the world, and his clothes are sold in big department stores like Nordstrom, Saks Fifth Avenue, Bloomingdale’s, and Macy’s, just to name a few.
He won the “California Designer of the Year” award in 1995, the “Atlanta Designer of the Year” award in 1996, and the “Fashion Performance Award” in 1997.

In 1998, he bought the fashion house “Herve Leger.” This was the first time in the history of fashion that an American designer bought a French couturier. Azria didn’t bring back the “Herve Leger” brand with his own designs, which are popular with celebrities and the fashion elite, until 2007.

In 2004 and 2005, this fashion mogul kept getting praise. In 2004, he won the “Hollywood Life Breakthrough Award,” and in 2005, he won the “Dallas Fashion Award.”
He got the “Wells Fargo Century Fashion Achievement Award” at the “LA Fashion Awards” in 2007. This award was given to the designer because of how long he or she has worked in the fashion industry.

In 2008, at the 33rd Annual Dallas Fashion Awards, he won the “Fashion Excellence Award” for bringing back the “Herve Leger” brand.

Lubov Azria, who is the Chief Creative Officer for “BCBG Max Azria Group,” is married to Max Azria. They live in Los Angeles, California, with their six children. In 2009, “BCB Generation” named his daughter Joyce Azria as its Creative Director.

With a net worth of US$1.2 billion, Max Azria is one of the most successful fashion designers. The BCBG Max Azria Group, which he runs, is a global fashion house with over 550 BCBG Max Azria boutiques around the world and 20 brands.

This fashion designer worked with Miley Cyrus to make the “Miley Cyrus & Max Azria” line of clothes for Wal-Mart in 2009.

General Motors chose him to be the face of “Concept: Cure,” an international charity that helps fund research into breast cancer.
He’s made clothes for TV shows like “Friends,” “Seinfeld,” and “Ally McBeal.”