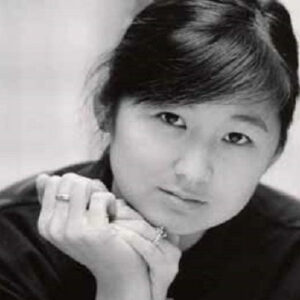 Maya Lin is an architect and artist from the United States. She became well-known for designing the Vietnam Veterans Memorial in Washington, D.C. Most of her art, from small sculptures in galleries to large, beautiful installations in the environment, seems to be inspired by the landscape and natural features. Lin was born in the United States to Chinese parents who moved there before she was born. As a child, Lin was shy and didn’t have many friends. She was a smart kid who liked school and kept herself busy by reading, going hiking, and helping out in her father’s pottery studio. After high school, she went to Yale University to get a degree in architecture. Her most famous work, the design for the Vietnam Veterans Memorial in Washington, D.C., came from a project she did in her senior year. Later, after getting her master’s degree in architecture, she got involved in art and built another famous Civil Rights movement memorial. So she wouldn’t be thought of only as a memorial builder, she moved on to other kinds of architecture, like glass sculptures and art installations. She has had a long and successful career as an artist. She has won many awards for her work, and she still works as a sculptor and architect.

Maya Lin was born on October 5, 1959, in Athens, Ohio. Her parents were Henry Huan Lin, a ceramist and former dean of the Ohio University College of Fine Arts, and Ming Hui, a professor at Ohio University.

Her family moved from China to the United States in 1949. They settled in Ohio in 1958, a year before Maya was born. Tan A. Lin, her older brother, grew up to be a professor of English and a poet. She is the youngest child in her family.

She spent most of her childhood at home and didn’t have many friends to play with. She also took independent courses from Ohio University and spent her free time in the school foundry making bronze sculptures.

In 1988, she worked with the Southern Poverty Law Center to make a monument for the civil rights movement. In 1989, in Montgomery, Alabama, the Civil Rights Memorial was built.

In 1993, she made the sculpture “The Women’s Table,” which was a tribute to the fact that women could go to college at Yale. She also made “Groundswell,” which is an installation made of 43 tons of glass pebbles at the Wexner Center for the Arts in Columbus, Ohio.

In 1995, she made the “Wave Field” at the University of Michigan. In this project, she changed the shape of grassy land so that it looked like ocean waves.
She worked on the Confluence Project in 2000 as both an artist and an architect. For this project, she was asked to make a series of seven art installations along the Columbia River and the Snake River.

She designed the Claire Trevor School of the Arts’ new plaza at the University of California, Irvine in 2005.
In 2007, she put up an outdoor sculpture called “Above and Below” at the Indianapolis Museum of Art in Indiana. She finished “2 x 4 Landscape,” a 30-ton sculpture made of many pieces of wood, the following year.

In 2009, she finished her first piece of art in Las Vegas. It was called “Silver River,” and it was an 84-foot-long copy of the Colorado River made out of silver that had already been used.
Lin finished her biggest piece to date, “A Fold in the Field,” in 2013. It was made of 105,000 cubic meters of earth and covered three hectares.

Her Works of note

In 1981, when Maya Lin was still in college, she entered a national competition put on by the Vietnam Veterans Memorial Fund. She designed a monument to honor those who had served and died in the Vietnam War. Her design, which won an award, was a V-shaped wall of polished black granite with the names of about 58,000 men and women who were killed or went missing in action.

She was given the prestigious “Finn Juhl Prize” in 2003.
Lin was chosen to join The American Academy of Arts and Letters and the National Women’s Hall of Fame in Seneca Falls, New York, in 2005.

In 2005, the American Institute of Architects gave the monument she made for the Vietnam Veterans Memorial Fund its “25-Year Award.”
The “National Medal of Arts” was given to her by President Barack Obama in 2009.

In 2014, she was given the $300,000 “Dorothy and Lillian Gish Prize” for her important contributions to art.
She has also been given honorary doctorates from Yale University, Harvard University, Williams College, and Smith College.

Daniel Wolf, who sells photos in New York, is Maya Lin’s husband. India and Rachel, their two daughters, are a blessing.