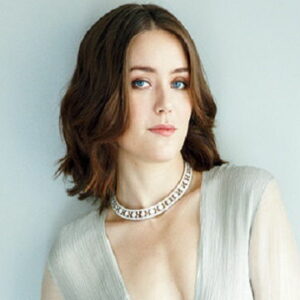 Megan Boone is an award-winning American actress who first gained prominence on the NBC drama series ‘The Blacklist’ as a former FBI agent turned blacklist consultant. She is a self-made woman who has fought her way through the difficult business of acting to establish herself as a successful actress. As a regular on ‘Law & Order: Los Angeles,’ the stunning and talented actress is also known for her brief appearance on the CBS show ‘Blue Bloods.’ Prior to achieving success in her chosen field, she encountered numerous obstacles and nearly gave up acting. Boone was on the verge of quitting when veteran actress Jane Alexander intervened. Since that time, she has exerted a strong influence on Boone. Following her moving performance in her debut film ‘My Bloody Valentine 3D,’ Boone has demonstrated her acting abilities in a number of subsequent films, including ‘Step Up Revolution.’ As the young actress claims, she is “married to her job,” she has directed an independent film titled ‘Eggshells for Soil’. Boone, who has a sizable fan base worldwide, has founded her own production company, ‘I’m a Parade Production,’ a non-profit theatre production company.

Megan Boone was born in Petoskey, Michigan, on April 29, 1983, to Marcus Boone and Jennifer Parr. Her family relocated to The Villages, Florida, a retirement community, when she was a child to be closer to her grandparents.

Her mother was The Villages’ director of sales, and her grandfather, H. Gary Morse, was the property’s developer.

Boone has been interested in acting since she was a child and studied it at Belleview High School, where she graduated in 2001. She continued to pursue her passion and earned a Bachelor of Fine Arts in Acting from Florida State University’s School of Theatre in 2005.

She also studied with Jane Alexander and Edwin Sherin at the Asolo Repertory Theatre and participated in workshops with playwright Mark Medoff.

Megan Boone made her acting debut in 2001 with the short film ‘Elijah.’ She portrayed Abigail in this short film.

After a hiatus of several years, she returned in 2007 to play Kate in ‘The Mustachioed Bandit Meets His End.’

Following that, he was cast in a supporting role in ‘Sex and the City 2,’ a 2010 American romantic comedy film written, directed, and produced by Michael Patrick King. It was a sequel to the 2008 film ‘Sex and the City,’ which was based on the same-named HBO comedy series from 1998.

In 2010, she starred in a few television series and established herself as a rising star in the television industry. In the NBC series ‘Law & Order: Los Angeles,’ she portrayed Junior Deputy District Attorney Lauren Stanton. Dick Wolf created and produced the show, while Blake Masters developed it. It premiered on NBC.

She also appeared as Kerri Sullivan in ‘The Myth of the American Sleepover.’ David Robert Mitchell wrote and directed this 2010 American film.

That same year, she directed her first feature film, ‘Eggshells for Soil,’ which was shot in her hometown of The Villages, Florida. In 2010, she starred in the television film ‘HMS: White Coat’ as Nell Larson.

In 2012, she was cast in the independent drama ‘Leave Me As You Found Me.’ Adele Romanski wrote and directed the romantic drama film, which starred David Nordstrom and Boone.

She starred in Stephen Elliott’s directorial debut, ‘About Cherry Jake,’ a 2012 drama film. It was adapted from an original script by Elliott and Lorelei Lee. The film was shot in San Francisco and received its world premiere at the 2012 Berlin International Film Festival.

Megan Boone made her television debut in 2013 as a guest star on two episodes of the CBS police drama ‘Blue Bloods,’ which was based on American police procedurals. The series was shot on location in New York City.

She starred as FBI agent Elizabeth Keen in the NBC series ‘The Blacklist,’ which premiered in September 2013.

Boone’s first day of shooting was going south as she prepared to perform with James Spader.

Boone encountered difficulties rehearsing with Spader because the writers changed an entire page of dialogue at the last minute. However, when Spader noticed she was becoming nervous, he reassured her, putting her at ease. They were eventually able to successfully complete the shooting.

In 2013, she starred in ‘Welcome to the Jungle’ as Lisa. Rob Meltzer directed the comedy film. The film had its world premiere at the Newport Beach Film Festival in 2013.

In 2012, her performance in the independent drama ‘Leave Me As You Found Me’ earned her the Gen Art Film Festival’s Best Actress Award.

Megan Boone was engaged to Boston-based artist Dan Estabrook in 2016. They are now planning to marry following the birth of their daughter Caroline Boone Estabrook on April 15, 2016.

Boone is currently enrolled at Bard College, where she is pursuing an MBA in Sustainability. Additionally, she sells her own line of organic onesies, Caroline Agnes.

She is passionate about climate change and speaks about it at various events, raising awareness about this heinous real-world threat.

Megan Boone is an actress from the United States of America with an estimated net worth of $4 million. Boone is best known for her role in the television series “The Blacklist” as FBI agent and profiler Elizabeth Keen.

Since her acting debut, Boone has appeared in a variety of films, including “Law & Order: Los Angeles,” “Blue Bloods,” “My Bloody Valentine 3D,” and “Step Up Revolution.”

Thus, how much information do you have about Megan Boone? Keep your eyes peeled as we chronicle Megan Boone’s meteoric rise to fame.