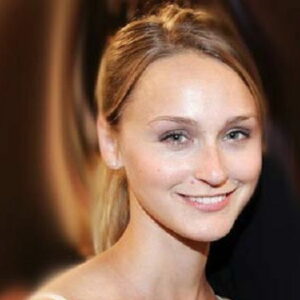 Megan Wallace Cunningham is an American art dealer who is best known for being Craig Ferguson’s third and current wife. They married in 2008 and have a son together. Ferguson has lived a luxurious life as a celebrity, but his wife prefers a more modest life away from the spotlight. She is a reserved individual who avoids interacting with the media. She was born in Vermont and hails from a rich family with a good education. She also works as a professional art dealer and has a good career in that field. She manages to live a somewhat isolated life despite being the wife of one of the top celebrities in the American television industry. She is completely supportive of her spouse and encourages him to follow his goals. Megan occasionally joins him at award shows and red carpet events. She is a dedicated mother to her son and her stepson from her husband’s previous marriage, in addition to being a working lady and a wife.

Megan Wallace Cunningham was born in Vermont, United States, in 1975. She is a direct descendant of one of the United States’ Founding Fathers, John Adams, and his wife, Abigail Adams. She is from an affluent family in Chester, Vermont, who owns a farm.

Craig Ferguson and Megan Wallace Cunningham met in 2005. They started dating and after a few years decided to marry. Ferguson is a stand-up comedian, actor, writer, director, and producer. He is best known for hosting ‘The Late Show with Craig Ferguson’ on CBS. The pair married on December 21, 2008. Cunningham’s parents’ farm house in Chester, Vermont, hosted their wedding ceremony, which was attended by only a few close people. Cunningham is married for the first time, while Ferguson is married for the third time. He previously married graphic designer Anne Hogarth and bodybuilder Sascha Corwin. His second marriage resulted in the birth of a son. Both of these marriages were doomed to fail.
Ferguson announced on social media in July 2010 that he and his third wife were expecting their first child together. Their son Liam was born on January 31, 2011. He is Megan’s first child and Ferguson’s second.
Even though the couple’s marriage is still going strong, they have faced numerous obstacles together. Ferguson has been sober for several years and is a recovering alcoholic.