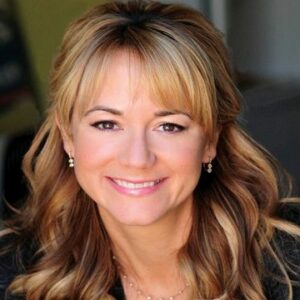 Megyn Samantha Price is an actress who has appeared in films and on television in the United States. She is best known for her roles as Claudia Finnerty on the FOX Network/WB sitcom ‘Grounded for Life,’ Audrey Bingham on CBS’s ‘Rules of Engagement,’ and Mary Roth on Netflix’s ‘The Ranch.’ Price, a Washington native, was initially more interested in creating plays than acting. She chose to major in economics in college and pursue a career in finance. Later in life, she left her job as an investment banker to pursue a career as an actor. Price made her television debut in an episode of ‘Quantum Leap’ in 1993. In 1996, she played Nancy Slaton in the USA Network comedy-drama ‘Common Law,’ which was her first major role. Three years later, she made her film debut in the romantic drama ‘Love Happens.’ Price has established herself as a well-known television actor during the course of her career.

Megyn Price worked as an investment banker for a year after graduating from Stanford before opting to pursue a career in acting. Her first television appearance was in a season five episode of NBC’s science fiction series ‘Quantum Leap,’ which aired from 1989 to 1993. She went on to guest star in a number of sitcoms, including ‘Saved by the Bell: The New Class’ (1994), ‘Renegade’ (1996), ‘The Drew Carey Show’ (1995-96), ‘Will & Grace’ (2000), and ‘Drop Dead Diva’ (2000). (2012). She played Nancy Slaton in nine episodes of the ABC comedy series ‘Common Law’ in 1996.
She played news producer Gale Ingersoll in NBC’s comedy ‘LateLine’ from 1998 to 1999. Despite earning positive critical reviews, the show was discontinued after two seasons.
She made her big screen debut in the romantic comedy ‘Love Happens’ in 1999, as Lisa Harris, a supporting character. In the comedic drama ‘Mystery, Alaska,’ she appeared alongside Russell Crowe, Hank Azaria, Mary McCormack, and Lolita Davidovich. She starred as Claudia Finnerty in the sitcom ‘Grounded for Life,’ which aired on Fox and then The WB from 2001 to 2005. Price’s character and her husband Sean Finnerty, who plays opposite Donal Logue, are Irish Catholic expats residing in New York.
In Seth MacFarlane’s cartoon program ‘American Dad!,’ Price played Linda Memari, an Iranian-American housewife (2005-09). In the CBS sitcom ‘Rules of Engagement,’ she co-starred with Patrick Warburton (2007-13), Despite receiving mostly unfavorable reviews from reviewers, the sitcom maintained high ratings during its seven-season run.
She landed the role of Jenny Gibson in the telefilm ‘A Country Christmas Story’ in 2013. She featured in another telefilm, ‘Hometown Hero,’ three years later. She appeared in the science fiction action film ‘Bumblebee,’ the latest installment in the Transformers film franchise, in 2018. Price plays Mary Roth, a waitress who was once in a relationship with Jameson “Rooster” Bennett, in the Netflix series “The Ranch” (2016-present) (Danny Masterson). ‘Mr. Iglesias,’ a new Netflix comedy series, will feature her.

Megyn Price was born on March 24, 1971, in Seattle, Washington, United States. She grew up in a Mormon family. After some time, the family migrated to Oklahoma, where she enrolled at Norman High School. She wrote a play called ‘Here Comes the Sun’ at this time. She was, however, uninterested in acting at the time, considering it “the stupidest professional choice somebody could possibly make.”
She went to Stanford University to study economics and communication after graduating from high school. During this time, she acquired a strong interest in acting and participated in a number of school performances. She was also a member of a San Francisco conservatory theatre.
Megyn Price has been married twice. Bill Lawrence, the writer, director, and producer behind shows including ‘Scrubs’ (2001-10), ‘Cougar Town’ (2009-15), and ‘Spin City,’ was her first spouse (1996-2002). Following the collapse of that marriage, she married Edward Cotner, an emergency room doctor, whom she had known since childhood. Currently, they live in Montecito, California.