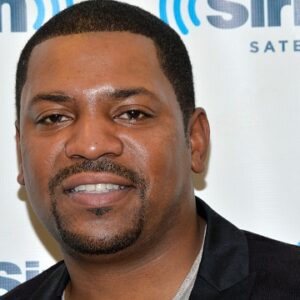 Mekhi Phifer is a well-known African-American actor who has also made a name for himself as a producer, director, and rapper. He grew up in New York and now resides in Los Angeles. His first break in the acting business occurred while he was still in college, when he was cast in the Spike Lee picture ‘Clockers.’ His talent was soon recognized and praised, and he was later cast in the Emmy-winning television film ‘The Tuskegee Airmen.’ With his portrayal in ‘O,’ a contemporary version of William Shakespeare’s ‘Othello,’ he broke into the mainstream Hollywood scene in 2001. His acting skills were praised by various notable critics, despite the film’s failure at the box office. In ‘8 Mile,’ he also starred alongside Eminem, the famed rapper. After receiving the Rising Star award at the American Black Film Festival in 2002, he shot to popularity. He eventually secured a fantastic offer to star in six seasons of Michael Crichton’s award-winning drama series, ‘ER.’

Mekhi Phifer was born in Harlem, New York City, on December 29, 1974. Rhoda Phifer, Mekhi’s mother, was shortly abandoned by his father. As a single parent, she took care of the boy as a schoolteacher. She was a dedicated mother, and Mekhi was unaffected by the fact that he would never meet his father.

Mekhi never disregarded his education because his mother was a schoolteacher, and he excelled in school. He also managed to squeeze in a few after-school jobs while maintaining his academic excellence.

His passion for acting began at the tender age of seven, when he played the Ghost of Christmas Present in the Harlem Community Center’s production of ‘A Christmas Carol.’

He graduated from the Lincoln Square Auxiliary Services High School in 1994 with honors. He then enrolled in the prestigious State University of New York’s electrical engineering school in New Paltz, New York City. His education, however, would be disrupted by his upcoming acting career.

Mekhi Phifer auditioned for Spike Lee’s film ‘Clockers’ in 1994 and was cast as a narcotics dealer despite competing against over a thousand other actors!

His debut music album, ‘New York Related: The HF Project,’ was published by Warner Brothers Records in 1995. Later in life, Phifer appeared in a number of music-related projects, including Brandy’s “The Boy Is Mine,” 50 Cent’s “Many Men,” and Phifer’s “Don’t Let Go” (En Vogue).

He took chances with a comedic spoof film, ‘High School High,’ (featuring his first wife, Malinda Williams), and a horror film, ‘I Still Know What You Did Last Summer,’ inspired by his previous success (starring Jennifer Love Hewitt and Freddie Prinze, Jr.)

Mekhi Phifer had a busy year in 1996, as he appeared in a recurring role as ‘Junior Bunk’ on the popular television criminal thriller series ‘Homicide: Life on the Streets.’ In addition, he appeared in the sitcom ‘The Wayans Bros.’

He rose to prominence in 1999 after playing alongside Don Cheadle in the TV adaptation of the classic novel ‘A Lesson Before Dying,’ which earned him an NAACP Image Award nomination.

He worked on the remake of ‘Shaft,’ which also starred Samuel L. Jackson, in 2000.
In the fourth season of the television series ‘White Collar,’ his performance as Agent Collins was well-received.

In 2016, he joined the cast of the popular television series ‘Frequency’ as a regular performer.

He received two NAACP Image Award nominations for his role as Dr. Gregory Pratt in the medical drama series ‘ER.’ He was also nominated for an NAACP Image Award for his work on the television drama ‘A Lesson Before Dying.’
Mekhi Phifer was named the Rising Star of the American Black Film Festival in 2002.
During the fourth season of Celebrity Poker Showdown, he defeated Neil Patrick Harris and won the championship.

Mekhi Phifer and his first wife, actress Malinda Williams, had a son named Omikaye Phifer, whom he later divorced.
Mekhi Thira Phifer Jr., his second son, was born as a result of his connection with Oni Souratha.
In 2011, he founded Third Reel Films, an initiative that allows filmmakers to pitch their films to industry professionals.

On March 30, 2013, he married his long-term partner, Reshelet Barnes, in Beverly Hills.
He is also the Chairman of The Vine Group USA, a non-profit organization founded in 2000 with the goal of providing educational materials to various African colleges.

Phifer filed for bankruptcy in April 2014, owing $1.3 million in debt.

Mekhi Phifer owes a debt of gratitude to his mother for her strict parenting style and good upbringing, despite the fact that she was a single parent.

Mekhi Phifer is an entrepreneur and the owner of several Athlete’s Foot sports shoe store franchises in addition to being a well-known actor.

In the second season of the TV show ‘Husbands,’ he made a cameo appearance.