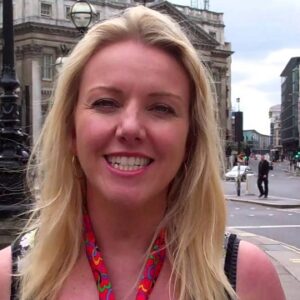 Melinda Farrell is an internationally known sports anchor and freelance sports reporter who sees herself as an independent broadcast media professional. She is originally from Australia. She currently works as a journalist, presenter, and producer for the sports news website ‘ESPNcricinfo’ of the US-based international cable and satellite sports TV channel ‘ESPN.’ She began a career in journalism with MC after getting a BA degree in TV Communication/Journalism from the ‘University of Canberra.’ She worked there for five years. The youthful, talented, and dynamic reporter has covered a wide spectrum of sports in print, magazine, radio, and television, garnering numerous awards and international acclaim. Her work has seen her thrive to undertake a variety of tasks and projects, including floor managing England’s largest indoor equestrian event at the opening ceremony in the Middle East and pit lane coverage of the ‘World Superbike Championship.’ She has also continued to work for ‘ABC News 24’ and Sportsfan.com.au as a sports host. As a member of the ESPNcricinfo Match Point on-air crew, she rapidly rose to become one of the most prominent hosts in covering a match.

Melinda Farrell was born in the Australian state of New South Wales on January 24, 1985. Except for the fact that she has a brother named Terry Farrell, little is known about her parents and family life.

Her enthusiasm for journalism inspired her to pursue a career in the area. In order to pursue this goal, she enrolled in the ‘University of Canberra,’ where she earned a BA degree in TV Communication/Journalism.

Farrell began his career in media as a freelancer and spent five years with MC. During this time, Farrell, who has a particular fondness for cricket and rugby leagues, presented a variety of events, including serving as the on-field MC for the Wallabies V Lions 2013 match at ‘Stadium Australia.’

Meanwhile, in 2010, she was awarded the ‘Spirit of Cricket’ award by ‘Cricket Victoria,’ the governing body of cricket in the Australian state of Victoria.

She went on to work as a sports presenter for Sportsfan.com.au and ABC News 24, an Australian 24-hour news program.

Farrell, a lively and competent sports writer, has traveled throughout the world to pursue her passion for journalism. Her international experience included working for ‘Sky Sports’ in the United Kingdom and spending seven months in the Middle East for ‘David Atkins Enterprises’ covering the ‘Asian Games.’

She has worked for a number of well-known sports publications that cover cricket news. ‘The Times’, ‘The Sydney Morning Herald’, ‘The Independent’, ‘Cricket Australia’, ‘The Guardian’, ‘The Wisden Cricketers’, ‘ESPNcricinfo’, ‘ABC’, and ‘Fox Sports’ are some of these media.

Farrell covers a wide range of sporting codes in the UK and Australia for radio, television, and print.
She has been a member of the ESPNcricinfo Match Point on-air team since October 2014. She became a main presenter for ESPNcricinfo, an exclusive sports news website for cricket, and has since covered major cricket matches.

Farrell has excelled in covering big cricket matches, delivering previews, and conducting interviews with cricket superstars since joining ESPN as a presenter and analyst.

Farrell’s presentations, which include discussions with specialists in the subject of cricket, focus heavily on dissecting cricket matches in detail, providing the audience a picture of an inside viewpoint of the game.

The ‘McGrath Foundation,’ a breast cancer care and awareness organisation in Australia launched in 2002 by the ace Australian cricket player Glenn McGrath, demonstrates this experienced journalist’s humanitarian side.
Despite the fact that her net worth is unknown, sources claim she earns more than $500,000 USD per year in incentives, bonuses, and match fees.

Despite her busy business commitments, she maintains a strong connection with her fans via social networking sites and is active on Twitter, Instagram, and Facebook. Her Twitter account,’melindafarrell,’ which she started in June 2009, now has over 34 thousand followers.

Farrell appears to be a private person who avoids revealing details about her personal life to the press. There isn’t a lot of information about her personal life, such as her past or current love relationships, if any.
Although there have been many rumors about her relationship with Jesse Hogan, there is no real evidence to back up such claims. Her sexual orientation is believed to be straight, and her current relationship status is assumed to be single. She is currently based in Australia.

Melinda Farrell has a net worth of about a million dollars.