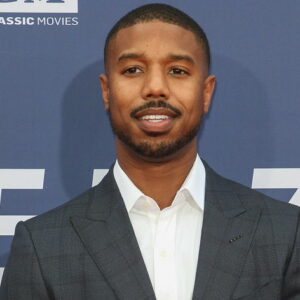 More Facts of Michael B. Jordan

Michael B. Jordan is a well-known American actor who has starred in films such as ‘Fruitvale Station,’ ‘Hardball,’ and ‘Creed.’ Jordan is also known for his roles in the television shows ‘The Wire,’ ‘Friday Night Lights,’ and ‘Parenthood.’ Jordan, who had starred in advertisements for well-known companies during his childhood, had never considered pursuing a career as an actor. He made his acting debut when he was just 12 years old, in the film ‘Black and White’ and in single episodes of the TV shows ‘The Sopranos’ and ‘Cosby.’ His first big break came when he landed a pivotal role in the film Hardball. However, when he was cast as Wallace in the first season of HBO’s crime drama series ‘The Wire,’ he was thrust into national prominence. He made a name for himself as an actor by starring in a number of TV shows, including ‘All My Children,’ ‘The Assistants,’ ‘Friday Night Lights,’ and ‘Parenthood.’ He’s also made a name for himself on the big screen, with roles in films including ‘Fruitvale Station,’ ‘Fantastic Four,’ ‘Red Tails,’ ‘Creed,’ ‘Pastor Brown,’ and ‘Blackout.’

Michael B. Jordan was born in the city of Santa Ana in Orange County, California, on February 9, 1987. His father, Michael A. Jordan, worked as a caterer, while his mother, Donna Davis Jordan, worked as a high school career counselor and artist.
Jamila, his older sister, and Khalid, his younger brother, are his siblings.
His family moved to Newark, New Jersey after he spent the first two years of his childhood in Santa Ana. He attended the same high school where his mother worked, Newark Arts High School. He was a natural athlete, particularly in basketball.
Jordan mentioned in an interview after achieving professional success that growing up in Newark was really difficult, as he remembers having friends who were involved in carjacking and drug dealing. He went on to say that his parents provided him with a lot of support and encouragement, which helped him stay on the correct track.
He first appeared in ads for the print media when he was ten years old, and he then had multiple offers to appear in advertisements for well-known corporations in the electronic/digital media. He appeared in Toys “R” Us and Modell’s Sporting Goods advertisements.

Michael’s first big screen appearance was in the 1999 criminal drama film ‘Black and White,’ in which he plays an adolescent for a brief scene. In the same year, he made his television debut, appearing in one episode of both ‘The Sopranos’ and ‘The Cosby Show.’
Michael’s acting career got a boost when he auditioned for the role of ‘Jamal’ in the 2001 comedy-drama sports film ‘Hardball,’ which he shared screen time alongside Keanu Reeves and Diane Lane.
In 2002, he wowed audiences with his outstanding performance as Wallace in HBO’s ‘The Wire.’ Despite the fact that he only appeared in 13 episodes of ‘The Wire’ in its first season, his gripping performance assured that he continued to receive employment offers on a regular basis. From 2003 through 2006, he played Reggie Porter Montgomery in 59 episodes of NBC’s ‘All My Children.’ He won four accolades for his acting abilities during this time. He appeared in the TV shows CSI: Crime Scene Investigation, Without a Trace, Cold Case, Burn Notice, and Bones from 2006 to 2009. In the indie film ‘Blackout,’ he portrayed the protagonist, and in the sitcom ‘The Assistants,’ he played Nate Warren for a total of 13 episodes.
Jordan had another breakthrough year in 2009, when he was cast as football player Vince Howard in the Emmy Award-winning NBC series ‘Friday Night Lights.’ He played the part of Vince in the show for two seasons, 2009-10 and 2010-11, totaling 26 episodes. His brilliant portrayal of Vince in Friday Night Lights opened the floodgates of television and film opportunities in the entertainment industry. Michael was cast as Alex in ‘Parenthood’ by Jason Katims, the producer of Friday Night Lights. From 2010 to 2011, Michael portrayed Alex in 16 episodes on the NBC network.
George Lucas, the creator of Star Wars, cast him in the film “Red Tails” in 2012. He also starred in the sci-fi thriller ‘Chronicle,’ in which he played one of three teens (Steve Montgomery) who gains extraordinary abilities. Jordan reached the pinnacle of his career as a film and television actor when he masterfully recreated the lead part of Oscar Grant in the biopic ‘Fruitvale Station’ (2012). Ryan Coogler’s debut film, Fruitvale Station, was a great depiction of the events that led to the assassination of Oscar Grant at the Fruitvale metro station.

Michael’s performance in Fruitvale Station, which got him 11 nominations and five wins, was lauded by both print and internet media. Michael reminded a film critic of a young Denzel Washington, according to ‘The Hollywood Reporter.’ He was named one of the “actors to watch” in People and Variety magazines.
In 2015, he starred in the superhero film ‘Fantastic Four,’ which was based on a Marvel Comics character of the same name. The film was a box office flop. However, he returned with a bang in the film ‘Creed,’ in which he portrayed Adonis Creed. The film ‘Creed’ was a box office success.
Michael’s status as a talented actor in Hollywood was cemented by the remarkable success of Creed. Despite this, he did not rest on his laurels and instead focused his sights on advancing his profession, with the long-term goal of transitioning from actor to director and producer.
Michael B. Jordan is set to star in the next superhero film ‘Black Panther.’ Ryan Coogler will direct this film, which is also based on a Marvel Comics book. The film is set to hit theaters in late 2018.
He’s also filming ‘Fahrenheit 451,’ a fictional dystopian telefilm based on a Ray Bradbury novel of the same name, in which he plays the protagonist, ‘Guy Montag.’ HBO Films is promoting the film, which will air on the HBO channel in 2018. He has been cast in the biographical film ‘Just Mercy,’ in which he will play Bryan Stevenson. The biopic will begin filming in the early months of 2018. ‘Wrong Answer,’ ‘The Thomas Crown Affair,’ and a prequel to ‘The Matrix,’ are among Jordan’s other forthcoming film projects.

Michael Jordan has established himself in Los Angeles. He is still single and is a devout Christian. He is also a philanthropist who supports a number of humanitarian groups, including ‘Lupus LA’ and ‘Help USA.’

Michael B. Jordan Net Worth

Michael B. Jordan has a net worth of $25 million dollars.

When he was younger, he took tap dance lessons. Despite being homeschooled for several years, he was a member of the basketball team at Newark Arts High School.
Bakari, his middle name, is a Swahili term that means “noble promise.”
His favorite actress is Meryl Streep.
He took a middle name and added the first letter of the name (‘B’) to avoid being mistaken for Michael Jordan, the great basketball player.