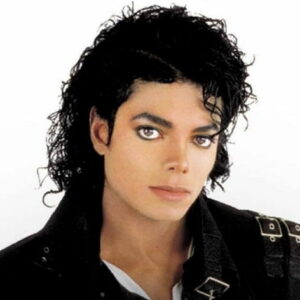 “When they say the sky’s the limit, to me, that’s actually true,” Michael Jackson says, eloquently summarizing his life and passion for music. With his chartbusters and best-sellers, Jackson, a music aficionado and fanatic, revolutionized the way people viewed music and generated a never-ending passion. He breathed life into pop and rock, and he penned chapters in the annals of music that would last for decades. His amazing gift and prodigious aptitude made him a global sensation, making him a true music propeller. His numerous honors and honorary titles, including ‘King of Pop’ and ‘Artist of the Decade, Generation, Century, and Millennium,’ bear witness to his illustrious musical career. His extraordinarily gifted music won the hearts of millions around the world, cementing his status as a global figure in popular culture for nearly four decades. While his particular sound and style influenced a slew of hip hop, post-disco, modern R&B, pop, and rock artists, it was his angelic dance style that remained one of the most popular dance styles. He was the creator of today’s popular dance forms, including as the moonwalk and the robot, both of which are referred to be MJ style. He was dubbed “the greatest successful entertainer of all time” for his unwavering contributions to music, dance, and fashion.

He was the eighth of 10 children born to African-American working-class parents Joseph Walter “Joe” Jackson and Katherine Esther Scruse. His mother was a devout Jehovah Witness, while his father worked in a steel plant.
He has always loved music and has been since he was a child. He began his career as a backup musician before becoming the lead singer of the Jackson 5 family band.

The Jackson 5 began touring the Midwest, performing primarily in black bars. They released their first single, ‘Big Boy,’ with the Steeltown record label in 1967, but it failed to pique the public’s interest.
They obtained a deal with Motown Records in 1968 that required them to move to Los Angeles. They released their first album, ‘Diana Ross Presents the Jackson 5’, the following year. Its debut single, ‘I Want You Back,’ was a chart-topper, and it was quickly followed by hit singles such as ‘ABC,’ ‘The Love You Save,’ and ‘I’ll Be There,’ all of which reached No. 1 on the Billboard Hot 100.
He started a solo career in addition to the band, with ‘Got to Be There’ being his debut solo hit. The song was a smash hit, and it cemented his status as a solo artist.
In 1975, the Jackson 5 band ended their relationship with Motown Records. In the same year, they signed a record deal with Epic Records under the moniker “the Jacksons.”
The band performed extensively and released six new albums between 1976 and 1984. He rose to the position of lead songwriter for the band, penning a string of successes.
Meanwhile, in 1979, he released his solo album, ‘Off the Wall,’ in collaboration with Quincy Jones. The album was a huge success, being the first to have four top ten songs in the United States. It reached number three on the Billboard 200 and went on to sell over 20 million copies throughout the world.
The album ‘Thriller’ was released in 1982 as a result of Michael Jackson’s aim to make a bigger impact than ‘Off the Wall.’ The album was a huge hit, breaking all sales records and becoming the best-selling album of all time in the world. It topped the Billboard 200 list for 37 weeks and spent 80 weeks in the top 10 of the chart. The album was certified Double Diamond in the United States after selling 65 million copies.
He reconnected with his brothers for a live concert in 1983. He performed his characteristic dancing style, the moonwalk, which became an epic, there. On stage, magic was generated as he performed the moonwalk while singing the hit song “Billie Jean.”
In 1985, he co-wrote ‘We Are the World,’ a charity record that went on to become one of the best-selling singles of all time, selling over 30 million copies. In 1987, he released the album ‘Bad,’ which was a follow-up to ‘Thriller.’ Despite not being able to match the chart-topping popularity of ‘Thriller,’ the album was a resounding success. On the Billboard Hot 100, seven of its singles reached No. 1. Around 45 million copies of the album were sold globally.
Moonwalk, the exceptional pop star’s autobiography, was published in 1988. The book sold about 200, 000 copies and made it to the New York Times best-seller list, mirroring the success of his music CDs.
He’d become a cultural icon at this point. Everything about him generated headlines, from his music CDs to his memoirs to his cosmetic surgery. One such piece of news was his purchase of a 2,700-acre property outside Santa Ynez, which he dubbed Neverland. California
His eighth studio album, ‘Dangerous,’ was released in 1991. ‘Dangerous,’ like its predecessors, was the best-selling album of the year around the world, with hits like ‘Black or White,’ ‘Remember the Time,’ and ‘Heal the World’ topping the charts.
In 1992, he established the ‘Heal the World’ foundation, and in the same year, he published his second book, ‘Dancing the Dream,’ which was a commercial success but received little critical recognition.
He appeared at a number of important events in 1993, including Super Bowl XXVII. He was charged with molesting the same year, but the accusations were dropped because there were no proofs to back up the allegation.
In 1995, he released the album HIStory: Past, Present, and Future, Book I. With the exception of the single “Scream,” which he co-wrote with his sister Janet Jackson, the album got lackluster reviews.
Invincible, his debut album, was released in October 2001. This was his final studio album. Despite the album’s moderate popularity, it was his bizarre and bewildered behavior that made the news.

In his lifetime, he married twice. In 1994, he married Lisa Marie Presley, Elvis Presley’s daughter, however the marriage did not survive long, and the two divorced in 1996.
In 1997, he married Deborah Jeanne Rowe, a dermatological nurse, whom he had known for a long time. Michael Joseph Jackson Jr. and Paris-Michael Katherine Jackson are the couple’s two children. In 1999, they divorced. Through artificial insemination, he had a third child, Prince Michael Jackson II, with a surrogate mother.
On June 25, 2009, the King of Pop died abruptly as a result of a heart arrest. His untimely and terrible death sparked a worldwide outpouring of grief, with millions mourning his passing.
On July 7, 2009, a televised tribute was held at the Staples Center in Los Angeles. While 17,500 free seats were distributed via lottery to fans, the memorial was watched by an estimated 1 billion people on TV or online.
In the aftermath of his death, memorials were built and sculptures were unveiled all over the world. In honor of Michael Joseph Jackson, the Lunar Republic Society dubbed a crater on the moon Michael Joseph Jackson.