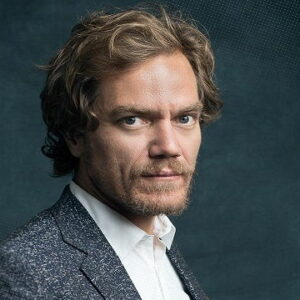 Michael Shannon is a well-known American musician and actor. His work in films such as “Nocturnal Animals,” for which he was nominated for an Academy Award, has earned him widespread acclaim. In addition, he was nominated for an Oscar for his supporting part in the film Revolutionary Road. Shannon originally gained recognition for his appearance in the drama film “8 Mile.” The film was based on the early life and upbringing of the famous rapper Eminem. It was a tremendous success and earned an Oscar. Then, he played a pivotal role in the blockbuster film ‘Man of Steel,’ which starred the well-known DC Comics superhero ‘Superman.’ The movie was a commercial success. Additionally, he has acted in the biographical crime thriller film “The Iceman.” Shannon played the leading part in the film based on the life of the renowned hitman Richard Kuklinski. He is also well-known for his part in the crime-drama television series Boardwalk Empire. The program was praised by critics and received twenty Emmy Awards. He has also appeared in various plays. For his performance in “Long Day’s Journey into Night,” he was nominated for a Tony Award.

Michael Corbett Shannon was born on August 7, 1974, in Lexington, Kentucky, to Donald Sutherlin Shannon, an accounting professor at DePaul University, and Geraldine Hine, a lawyer. He is the only child of his parents.

Shannon grew up in both Lexington, Kentucky, and Chicago, Illinois. He became interested in acting during his school years. However, he never attended acting school. Initially, he desired to become a jazz musician or an architect.

In 1993, Michael Shannon made his big-screen debut in the film Groundhog Day, in which he had a small role. At approximately the same time, he also began performing in the theater. He appeared in productions including ‘Killer Joe’ and ‘Bug.’

In the years that followed, he continued to appear in a number of films, playing both leading and supporting roles in films such as “Grand Theft Parsons” (2003), “The Woodsman” (2004), “World Trade Centre” (2006), and “Let’s Go to Prison” (2006). He was nominated for an Academy Award for his performance in the 2008 romantic drama film “Revolutionary Road.” The film directed by Sam Mendes was a commercial success and was nominated for several awards.

Next, he portrayed the lead in the 2009 film My Son, My Son, What Have You Done? It was met with mixed responses from critics. The next year, he began starring in the crime drama television series Boardwalk Empire. It was based on Enoch L. Johnson’s life. The series received widespread appreciation and acclaim, as well as multiple prizes, including twenty Emmys.

In 2011, he starred in the psychological thriller film “Take Shelter” as the main character. He portrayed a young father and husband who has apocalyptic visions, resulting in a great deal of chaos and confusion. The next year, he starred in the action-thriller “Premium Rush.”

It was an economic failure. In 2012, he starred in the biographical crime drama “The Iceman.” Based on the life of infamous serial killer Richard Kuklinski.

In the 2013 film ‘Man of Steel,’ which starred the popular character ‘Superman,’ he played a crucial role. Shannon portrayed the primary antagonist General Zod, whose ultimate objective is the annihilation of the human race. The movie was a financial success. In the years that followed, he appeared in films such as “Young Ones,” “99 Homes,” and “The Night Before” (2015).

In 2016, he starred in several films, including ‘Frank & Lola,’ ‘Wolves,’ and ‘Salt and Fire.’ In addition, he played a supporting role in the film Nocturnal Animals, for which he was nominated for a second Oscar. His most recent films are The Current War (2017) and Pottersville (2017).

Shannon is not just an actor but also a musician. In 2002, he established the rock band Corporal. 2010 saw the release of their self-titled debut album. In addition, they have released the songs ‘Glory’ and ‘Obama’.

The 2008 British-American romantic drama film ‘Revolutionary Road’ is one of Shannon’s most significant works. The film was directed by Sam Mendes and based on the 1961 novel of the same name. Leonardo DiCaprio, Kate Winslet, Michael Shannon, Kathy Bates, and David Harbour starred in the film.

“Man of Steel,” a 2013 superhero film, was an additional notable work in Shannon’s career. The picture, directed by Zack Snyder, starred the well-known DC Comics superhero Superman. Clark Kent, upon discovering that he is actually an alien with superpowers, is on a journey to save humanity in the film.

Shannon portrayed General Zod, the primary antagonist whose objective was to destroy humanity. The film was a commercial success and also received numerous honors.

The picture was a moderate success, generating $30 million against a budget of $22 million. It received mixed reviews from the critics. The film received multiple nominations and awards. Shannon received an Oscar nomination for his remarkable performance.

Michael Shannon has received numerous accolades over his career. Among them are the 2011 Chicago Film Critics Association Award for Best Actor for his performance in the film “Take Shelter” and the 2012 Screen Actors Guild Award for “Outstanding Performance by an Ensemble” for his work on the television series “Boardwalk Empire.”

In New York City, Michael Shannon resides with his partner, the American actress Kate Arrington. The couple has two daughters, Sylvie and Marion.

Shannon is very outspoken about his political beliefs. He has been a supporter of Barack Obama for many years. In 2016, he voiced his distaste for Donald Trump and his supporters.

Michael Shannon is an American musician with an estimated $8 million net worth. Michael Shannon was born in Lexington, Kentucky, and studied theater in Chicago after graduating from high school.

He devoted many years to theatre acting, including prominent roles in Steppenwolf Theatre Company and A Red Orchid Theatre performances.