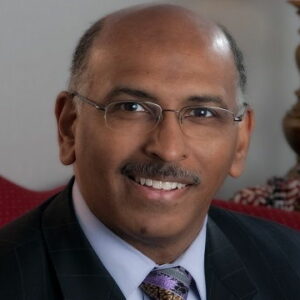 Michael Steele is an American politician who has worked hard to become one of the most important Republican leaders in the U.S. Steele was born in Maryland, and after he graduated, he thought about becoming a priest. He even started getting ready, but just before his ordination, he changed his mind. After getting a law degree and working for a law firm, he got involved in politics with the Republican Party. His first few years were spent running for office, and he made a big step forward when he was chosen to lead the Maryland Republican Party. Just two years later, his reputation was getting better and better, so he was picked to run for office in Maryland, and when his party won, he became the state’s Lieutenant Governor. This position gave him a chance to show how good he was at speaking and how smart he was. He ran for the U.S. Senate at the insistence of other Party members, but he lost. He made history when he became the first African-American to lead the Republican National Committee. During his time as Chairman, the committee raised a record amount of money. Steele has shown that he has a lot of potential in politics with his quick rise, good reputation, and ability to lead. He is still working for his country.

Michael Steele was born on October 19, 1958, at an “Air Force Base” in Prince George’s County, Maryland. When he was a baby, he was taken in by William and Maebell Steele. William died in 1962, which made Maebell decide to work as a laundress instead of asking the government for help.

He and his sister Monica spent their childhood in the Petworth neighborhood of Washington, D.C. A few years after that, his mother married a truck driver named John Turner.

He went to “Archbishop Carroll Roman Catholic High School,” where he was in the “Glee Club” and the “National Honor Society” and where he also put on plays. He was elected president of the student council and won a scholarship to John Hopkins University in Baltimore.

He got a degree in “International Relations” and then went to a seminary to get ready to become a Catholic priest. During this time, he taught economics and world history at a school in Pennsylvania called “Malvern Preparatory School.” He went to the seminary for three years, but he left before he was ordained.

Steele went to ‘Georgetown University and got a degree in law in 1991. He also passed the Pennsylvania bar exam. Then, for six years, he was a “Corporate Securities Associate” at the law firm Cleary, Gottlieb, Steen & Hamilton in Washington, D.C.

In 1993, he got involved in politics and joined the Republican Party. Soon after that, he started the “Republican Leadership Council.” He also became chairman of the “Prince George’s County Republican Central Committee” and worked on many political campaigns.

In 1997, he quit his job and started his own legal consulting firm called “Steele Group.”
In 2000, he was elected chairman of the “Maryland Republican Party.” This made him the first African-American to lead a Republican Party in any state. He was also a delegate to the Philadelphia “Republican National Convention.”

Robert Ehrlich, who was running for governor of Maryland in 2002, chose Steele to be his running mate for Lieutenant Governor. They were running against Democrats Kathleen Kennedy Townsend for governor and Charles R. Larson for lieutenant governor, both of whom were Democrats. Steele worked hard to get people to vote for him.

Even though the Democrats had been in power in Maryland for almost forty years, the Republicans just barely won the general election. The next year, Steele took over as Lieutenant Governor.

When he talked back to President Obama’s speech at the Democratic National Convention, he got a lot of attention across the country. In 2006, he ran for the U.S. Senate but lost to Benjamin L. Cardin, a Democrat.

In 2007, he became the head of GOPAC, a group that raises money for political campaigns and trains people who want to run for office. In the same year, he started working for the international law firm Dewey & LeBoeuf.

In 2009, he ran for chairman of the “Republican National Committee.” He beat candidate Dawson and became the first African-American chairman of the committee. Two years went by while he was in this job.

In 2010, he went on the “Fire Pelosi Bus Tour” to promote the election of Republicans to the “House of Representatives.” The Republicans did well after his campaign, winning more than 60 congressional seats and also doing well in the midterm elections.

After his first term as chairman ended, Steele ran for re-election in 2011, but Reince Priebus beat him and became the new chairman. Soon, he started working as a political analyst for MSNBC and as a columnist for “The Root,” an online magazine about African-American culture.

During his time as Lieutenant Governor, Steele’s reputation grew, especially among African-Americans, because of how well he could speak in public. He also worked to improve the state’s business program for people of color and led the state’s commission on “Quality Education.”

In 2010, as part of his “Fire Pelosi Bus Tour” campaign, he took a bus for six weeks across 48 states to tell people to vote for Republican candidates. Through his speeches, Steele’s tour did more than just get people to vote for him. It also got GOP activists fired up.

In 1995, he was chosen as the “Republican Man of the Year” for the state of Maryland.
Black America’s Political Action Committee gave him the “Vikki Buckley Political Leadership Award” in 2002 because he was a great leader.
In 2005, he was given the “Bethune-DuBois Institute Award” for his work to make education better in Maryland.

Steele married Andrea Derritt in 1985, and they have two sons, Michael and Drew. He believes in God very much and goes to St. Mary’s Catholic Church in Landover Hills every Sunday.

In 2009, Steele got into a fight with Rush Limbaugh, who is also a Republican. Limbaugh was angry about what Steele said on TV, so Steele apologized to him.

Michael Steele is one of the most popular and wealthiest politicians. Based on what we’ve found on Wikipedia, Forbes, and Business Insider, Michael Steele’s net worth is about $1.5 million.

In 2002, a well-known politician said that a few Oreo cookies were thrown at him during a debate for governor, which he thought was a racist comment.