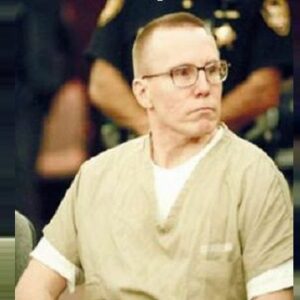 Michael Swango is a former physician who is serving three consecutive life sentences without the possibility of parole at the ADX Florence supermax prison near Florence, Colorado. He had been fascinated by stories about violent deaths since he was three years old. He later developed an obsession with the Holocaust, particularly with vivid images of death camps. He even kept several scrapbooks filled with articles and photographs documenting heinous disasters and crime scenes. He developed an obsessive interest in poisons while completing a thesis on the bizarre poisoning death of Bulgarian writer Georgi Markov at Quincy University. He has worked in a variety of medical facilities throughout his career, frequently being fired for his involvement in unexplained deaths. He frequently poisoned his patients with lethal doses of dangerous drugs and poisoned his coworkers and acquaintances. According to James B. Stewart’s book ‘Blind Eye,’ Michael Swango is responsible for approximately 35 deaths, while the FBI believes he is responsible for approximately 60, making him one of the most dangerous serial killers in American history.

Joseph Michael Swango was born in Tacoma, Washington on October 21, 1954 to Muriel and John Virgil Swango.

His father served in the Vietnam War as an officer in the United States Army and was listed in Who’s Who in Government from 1972 to 1973.

Due to his father’s job, the family relocated frequently but eventually settled in Quincy, Illinois in 1968. His mother divorced his father a few years later, after he developed an alcoholism and depression following his return from Vietnam.

Michael Swango graduated from Quincy Catholic Boys High School in 1972 as valedictorian of his class and a member of the school band Quincy Notre Dame. He then enrolled at Millikin University in Decatur, Illinois on a full music scholarship and earned all-academic honors during his first two years. After his girlfriend dumped him, he became reclusive, dropped out of college, and enlisted in the Marine Corps.

Michael Swango underwent extensive physical training during his recruit training at the Marine Corps Recruit Depot in San Diego, which he continued even after returning to college. He saw no action overseas and was discharged in 1976 with an honorable discharge.

Following graduation, he was accepted to Southern Illinois University School of Medicine, where he worked as an ambulance attendant. Despite an impressive academic record during his first two years, he began spending more time in the third year with dying patients, many of whom had life-threatening emergencies, with at least five of them dying.

He was found to have fabricated checkups one month before graduation during his OB/GYN rotation, but was spared expulsion by a single vote. He was eventually permitted to graduate the following year after successfully completing several assignments in various fields of study.

Michael Swango struggled to obtain residency due to a negative evaluation of him in a letter from his dean at SIU, but was eventually accepted for a surgical internship at the Ohio State University (OSU) Medical Center in 1983. When he worked as a floor intern in Rhodes Hall at OSU, the nurses quickly noticed that patients frequently died mysteriously.

Following complaints, OSU conducted a cursory investigation and found him not guilty. However, his residency offer was withdrawn in June 1984, prompting him to accept a month later a position as an emergency medical technician with the Adams County Ambulance Corps in Quincy.

Within a short period of time, many of his paramedic coworkers noticed that whenever he offered someone coffee or any other food, that person became violently ill for no apparent reason. He was arrested in October of that year and convicted of poisoning coworkers on August 23, 1985, receiving a five-year prison sentence.

He began working as a counselor at the state career development center in Newport News, Virginia, upon his release in 1989, but was terminated after being caught with one of his scrapbooks during work hours. He then accepted a position as a laboratory technician with ATICoal in Newport News, where he witnessed numerous employees being treated for stomach pain during his tenure.

He fell in love with Kristin Kinney, a nurse at Riverside Hospital, who strangely began experiencing violent migraine attacks and committed suicide four months later with arsenic traces in her body. He left ATICoal in 1991, legally changed his name to Daniel J. Adams, and applied for a residency at Ohio Valley Medical Center in Wheeling, West Virginia.

In July 1992, Michael Swango was hired at Sanford USD Medical Center in Sioux Falls, South Dakota, using forged legal documents establishing that he had served only six months in prison for a misdemeanor. As his reputation grew at Stanford, he aspired to join the American Medical Association (AMA), which discovered his poisoning conviction during a thorough background check.

His story was featured on a Discovery Channel episode of ‘Justice Files,’ and he was subsequently fired from Stanford, but he remained off the AMA’s radar. He then accepted a residency position at the State University of New York’s Stony Brook School of Medicine, where he began poisoning patients once more.

Meanwhile, the outpouring of grief from the mother of his deceased girlfriend prompted Jordan Cohen, Stony Brook’s dean, to fire him and blacklist him from all US medical institutions. He fled to Atlanta and took a job as a chemist, but his employer fired him following an FBI warning.

Before the FBI could apprehend him, he fled to Zimbabwe and found work at Mnene Lutheran Mission Hospital, only to be fired again following the mysterious deaths of several of his patients. After his landlady became ill, forensic analysis of her hair revealed toxic levels of arsenic, prompting Zimbabwe’s Criminal Investigation Department to pass the information to the FBI via Interpol.

He later fled to Zambia and then Namibia, where he applied for a job at the Royal Hospital in Dhahran, Saudi Arabia, using forged documents in 1997. He was finally apprehended in June 1997 at Chicago-O’Hare International Airport while attempting to travel to Saudi Arabia.

To avoid prosecution in Zimbabwe, he pleaded guilty to fraud in July 1998 and was sentenced to 3.5 years in prison. The government dug up the bodies of his victims and discovered evidence of at least four murders during this time period.

He initially pleaded not guilty following his formal indictment on July 17, 2000; however, on September 6, he pleaded guilty to murder and fraud charges in order to avoid the death penalty in New York and extradition to Zimbabwe.

He was sentenced to three consecutive life sentences by Judge Jacob Mishler, which he is currently serving at ADX Florence near Florence, Colorado.

Michael Swango has appeared on the American television show ‘Unsolved Mysteries,’ the Oxygen series ‘It Takes a Killer,’ and the National Geographic Channel episode ‘Angel of Death.’

The net worth of Michael is $10million.