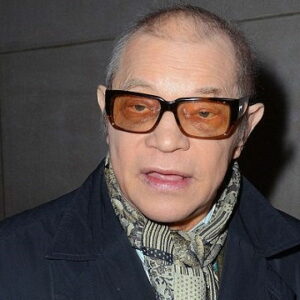 Michael York is best known for his films ‘Logan’s Run, ‘The Three Musketeers,’ and ‘Jesus of Nazareth.’ His extensive body of work reflects his passion for acting and also speaks volumes about his ability. From television to feature films, he has performed in a range of genres and worn a number of hats in terms of the parts he has chosen. From upper-class jetsetter to an iconic American hero, some of Michael’s most prolific works were created in the 1960s and 1970s, including ‘Murder on the Orient Express,’ ‘England Made Me,’ and ‘Something for Everyone.’ After the 1980s, his film career stalled, and he began appearing in television films, soap operas, and after-school specials. He then began producing films and making Broadway appearances in productions such as ‘Bent,’ ‘The Crucible,’ and ‘The Little Prince.’ His acting career spans several decades, and younger audiences may remember him from films such as ‘Austin Powers’ or the ‘Omega Code. Since the turn of 2000, his appearances on television soap operas and feature films have decreased significantly; however, he has remained active by writing memoirs, providing his voice to films, and participating in productions. If you’re interested in learning more about this swashbuckling personality, continue reading.

Michael Hugh Johnson was born in Fulmer, Buckinghamshire, to Florence Edith May and Joseph Gwynne Johnson. He is the brother of two sisters. He lost his younger sister, a twin, hours after she was born.
He grew up in Burgess Hill, Sussex, and attended Bromley Grammar School for Boys, Hurstpierpoint College, and Oxford University College.

He made his professional debut in 1956 with a play titled ‘The Yellow Jacket.’ Three years later, he appeared briefly in the West End version of ‘Hamlet’. Additionally, he toured with the National Youth Theatre and performed with the Oxford University Dramatic Society and Dundee Repertory Theatre.

He graduated from University College in 1964 and worked with Franco Zeffirelli on ‘Much Ado About Nothing’ the following year.

He made his cinematic debut in 1969 with Merchant Ivory Productions ‘The Guru’. He also appeared as a footman with Angela Lansbury in ‘Something for Everyone’ the following year.
In 1972, he defied all stereotypes by portraying a bisexual in Bob Fosse’s production of ‘Cabaret’. He portrayed ‘D’Artagnan’ in the film adaption of ‘The Three Musketeers and made his Broadway debut the following year with ‘Out Cry’.

In 1976, he starred in the film adaptation of ‘Logan’s Run,’ which became one of his biggest successes. The next year, he teamed up with Franco Zeffirelli and featured in ‘Jesus of Nazareth’ and ‘The Island of Dr. Moreau’, opposite Burt Lancaster.

He starred in a variety of Broadway shows throughout the 1980s, including ‘Bent,’ ‘The Little Prince and the Aviator,’ and an adaption of C.S. Lewis’ ‘The Lion, the Witch, and the Wardrobe.’
He performed in another Broadway production, ‘The Crucible,’ in 1992, and in ‘Someone Who’ll Watch Over Me,’ the following year. He then featured in an episode of ‘Babylon 5’ titled ‘A Late Delivery from Avalon’ four years later.

Apart from performing in films, he has also contributed his voice to an episode of ‘Justice League’ and a few episodes of ‘Superman’ and ‘Batman animated series.

He starred as ‘Basil Exposition’ in ‘Austin Powers: International Man of Mystery’ in 1997. He also made appearances in the sequels, ‘Austin Powers: The Spy Who Shagged Me’ and ‘Austin Powers in Goldmember’.
He was cast in 1999’s ‘The Omega Code,’ which was an instant hit. He returned two years later in ‘Megiddo: The Omega Code 2’.

He appeared as Bernard Fremont on an episode of ‘Law & Order: Criminal Intent in 2006. Additionally, he appears in several episodes of ‘Curb Your Enthusiasm’ and ‘Star Wars: The Clone Wars.

He appeared in the BBC Wales show ‘Coming Home’ in 2008. Two years later, he appeared in episodes of several comedies, including ‘How I Met Your Mother’ and ‘Tom and Jerry Meet Sherlock Holmes,’ for which he provided the voice.

In 2011, he starred alongside Charlotte Rampling and Rutger Hauer in the film ‘The Mill and the Cross.’ Lech Majewski directed the film.

His portrayal as ‘D’Artagnan’ in the 1973 film ‘The Three Musketeers was one of his best achievements. In Canada and the United States, the picture grossed approximately $10.1 million. The next year, a sequel titled ‘The Four Musketeers’ was released. York’s acting abilities, spontaneity, and great screen presence were lauded.

He was inducted into the ‘Hall of Fame of the International Best Dressed List’ in 1977.
In 1997, he was awarded the prestigious O.B.E (Officer of the Order of the British Empire) for his services to drama in the Queen’s New Year’s Honours List.

On March 27, 1968, he married Patricia McCallum, a photographer.
In 2013, he was diagnosed with amyloidosis, a disease that affects his face and voice. Initially, physicians suspected he had bone cancer.

Michael York is a British actor with a $14 million dollar net worth. Michael York is best known for his roles in “Cabaret,” “Logan’s Run,” “The Three Musketeers,” and the “Austin Powers” film franchise.

This renowned British actor, well known for his role in ‘The Three Musketeers,’ provided the voice for one of the apes in the 1987 picture ‘Spaceballs.’