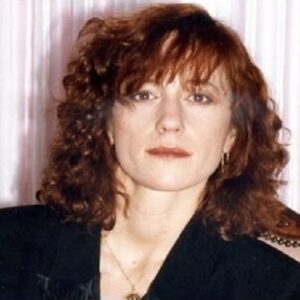 Michele Miscavige is best known as the First Lady of Scientology because of her marriage to David Miscavige, the Church of Scientology’s leader. She worked as an attendant for Scientology founder L. Ron Hubbard prior to her marriage to Miscavige, and before he became the de facto leader of the religion. She has apparently conducted “interviews” to recruit new companions for high-profile Scientology member, Tom Cruise, in addition to supporting her husband in church affairs. People who knew her throughout her tenure at the organization say that, despite her attempts to imitate her husband’s bitterness, she was a good person on the inside. She was frequently the first to assist members of the village, and she mentored young Messenger girls as if they were her own children. Her shyness, combined with her power, made her feel lonely. Most of her former associates probably overlooked her disappearance from public view over a decade ago because of this or their fear of the religious leader’s fury.

Michele Miscavige became the youngest member of Scientology founder L. Ron Hubbard’s most devoted messengers, known as Commodore’s Messengers Organization, when she was 12 years old in the early 1970s. Her parents, who were devout followers of Hubbard, left her and her older sister Clarisse in his care. She was a member of the Sea Org gang that boarded Hubbard’s ‘Apollo’ ship when he escaped to international waters to avoid scrutiny during Operation Snow White. She worshipped Hubbard as one of his personal stewards and made a name for herself by meticulously obeying each of his directions. She became interested in David Miscavige after he left school at the age of 16 to join the Sea Org in Clearwater, Florida, a few years later, when she was around 15 years old. They began dating in 1978 and married in December 1982, shortly after he ascended to the position of Scientologist leader. She assisted her husband in most church matters and later became his official assistant when he was named Chairman of the Board of the Religious Technology Center of Scientology.

If You Fall From Grace

Michele Miscavige accompanied her husband to practically all of the church’s events. Her employment included working as David’s unofficial counselor as well as his personal attendant, depending on the situation. She had her own workplace linked to her husband’s office. Her spouse, on the other hand, became more of a boss to her with time. While they had a business connection, eyewitnesses claim they never expressed genuine fondness for each other, even at casual meetings. She also became suspicious about David abandoning her, and she confronted people about it on occasion. She attempted to address a few church concerns that David was concerned about while he was overseas in late 2006, ostensibly to gain his favor. Without her husband’s knowledge, she also filled a number of church roles. However, it backfired since he was reportedly enraged when he realized she wielded too much influence.

Following the incident, Michele Miscavige’s husband began to neglect her and spent much of his time in Los Angeles, which was the calm before the storm. She abruptly vanished after approximately a month, and no one bothered to inquire further. However, her close friend, actress Leah Remini, noticed her absence from Tom Cruise’s November 2006 wedding to Katie Holmes, which Michele apparently mediated. Her questions were initially answered with ambiguous responses, but she was eventually told to stop up. In 2013, she was adamant and went to the Los Angeles Police Department to make a missing person complaint. Michele was present when policemen were dispatched to meet her, but the police refused to provide any other information. Notably, the lead LAPD investigator on the case has been a regular attendee at church activities since then. Former Sea Org members believe she is being held at the Church of Spiritual Technology’s property in California. She has been seen in public twice, according to a report from late 2016, looking “thin,” “frail,” and “nearly homeless.”

Michele Diane “Shelly” Miscavige was born in Dallas, Texas, on January 18, 1961. Maurice Elliott and Mary Florence Barnett, her parents, were members of the Church of Scientology. Clarisse, her older sister, is her only sibling. Michele’s father, who worked as a handyman, divorced her mother when she was a small child. She and her sister were both sent to serve L. Ron Hubbard at a young age. She later married David Miscavige, a young Scientology leader, in 1982 after falling in love with him. On September 8, 1985, her mother, who had emotional problems and was suffering from an aneurysm, allegedly committed herself.

Estimated Net Worth of Michele Miscavige

Michele is one of the wealthiest and most popular members of the family. Michele Miscavige’s net worth is estimated to be $1.5 million, according to Wikipedia, Forbes, and Business Insider.