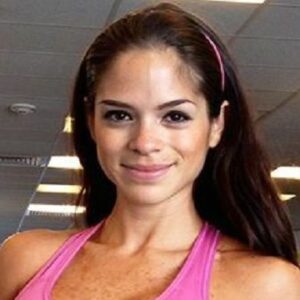 Michelle Lewin is a well-known bodybuilder and fitness model from Venezuela. She began her modeling career at an early age, but she soon realized that she had the ability to compete in events outside of the runway. She entered the NCP bikini competition, among others. The next thing she did was go to the gym to build up her body. She attracted notice, and fashion photographers approached her about modeling for major corporations in the modeling and fitness industries. She also started modeling for magazine covers, including “Playboy.” She is currently one of the world’s most in-demand fitness models. As of April 2018, Michelle had more than 9 million Facebook page likes, 13 million Instagram followers, 430k Twitter followers, and 346k YouTube subscribers. She is also a well-known YouTube personality. Although she enjoys posing in tiny bikinis and booty shorts, she prefers not to do so since she believes it is unnecessary.

Michelle Lewin experienced a terrible upbringing and a challenging early life, but things began to change for the better after she married a bodybuilder. She began pursuing a career in modeling after being encouraged by her spouse.

She visited Milan, Rome, and Barcelona while speaking with a number of fashion agencies. However, she was repeatedly rejected due to her diminutive height (5 foot 4 inches). They also wanted her to have the freckles on her chest that they thought were unattractively erased.

She finally made the decision to start bodybuilding and work as a fitness model. She competed in five NPC contests in 2013 and five IFBB competitions in 2014, respectively. The NPC Fort Lauderdale Cup was among the several contests she triumphed in.

Her appearances on the covers of more than 30 magazines, including “Playboy,” “Oxygen,” “Inside Fitness,” and “Muscle & Fitness,” helped her establish herself as the Latin Queen of the fitness industry. Her popularity increased as a result of her active social media presence.

On February 25, 1986, Michelle Lewin was born in Maracay, Venezuela. She is unaware of who her biological father is. After her stepfather abandoned her mother when she was 14 years old, she grew up in poverty. Both of them lost a lot of weight during this difficult time since they were unable to buy meals.

In order to survive, she started helping her mother and also started taking donations of food and cash from the locals. She weighed no more than 85 pounds when she was young due to her remarkable svelteness. Her mother took her to a gym when she was 17 years old. Her path to getting fit started with this.

Jimmy Lewin, a Swedish bodybuilder, and Michelle met that year. They were wed in 2010. Her husband now serves as her social media manager, agent, and personal trainer. He showed her how to exercise her upper body, which helped her develop a figure that was balanced. When they relocated to Miami, Florida, in 2012, she started a career as a model and bodybuilder there.

Michelle Lewin, a fitness influencer, is thought to be worth $5 million as of 2022. One of the most well-known fitness models in the world is Michelle Lewin.