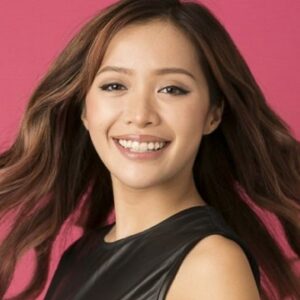 The self-titled YouTube channel of internationally renowned makeup and beauty vlogger Michelle Phan has around 9 million followers and more than 1.1 billion views. She is arguably the most well-known beauty vlogger in the entire world, and her popularity spans cultures in Asia and the Middle East in addition to the United States and Europe. Her popularity as a YouTuber has also opened up a number of interesting new prospects for her, including a partnership with the well-known cosmetics company L’Oreal to introduce her line of makeup products under the name “em by Michelle Phan.” She is also one of the co-founders of ipsy.com, the largest online beauty community in the world, which has over a million US users and is quickly gaining recognition abroad. Michelle started her internet career as a blogger but soon switched to YouTube at the urging of her followers. Over 300 videos she has created and posted since then—many of which have had over a billion views—have been produced by her. Her internet fame is a result of her beautifully produced videos that have simple instructions that everyone can follow.

In 2005, Michelle Phan launched a personal blog where she posted advice on beauty and makeup. She quickly attracted a devoted following, and her followers asked her to post more about the subject. Her blog’s popularity inspired her to start vlogging, and she started using the moniker Ricebunny to publish video instructions on the social networking site Xanga.

In May 2007, she started posting videos on YouTube. Her videos were beautifully produced, had clear and simple directions, and within months she was receiving thousands of views on YouTube.

Michelle’s 2009 beauty lesson, “How To Get Lady Gaga’s Eyes,” was featured on “BuzzFeed,” which greatly increased her online visibility. Her popularity soared the following year after “BuzzFeed” highlighted yet another of her tutorials. Over a million people subscribed to Phan after the video went viral.

Her subscriber base grew rapidly throughout the years, and as of June 2017, she had an astounding 8.9 million fans who eagerly anticipated her new videos. She is now a YouTube advertising partner thanks to her YouTube popularity.

In the meantime, Phan’s career changed course in 2010 when Lancôme appointed her as their official video makeup artist. She then became their first spokesperson of Vietnamese descent and represented the company globally. She co-founded “MyGlam,” a monthly beauty product subscription service, in 2011 because she was ambitious and gifted with an entrepreneurial spirit.

The company has changed its name to “ipsy,” and now sponsors the Generation Beauty conferences that Michelle Phan works to put together. She worked with L’Oreal to launch the ’em by Michelle Phan’s makeup range in 2013. On the list of the Top 100 Channels by New Media Rockstars in 2014, Phan’s YouTube channel came in at number 48.

In 2014, she established Shift Music Group in collaboration with Cutting Edge Group (CEG). She collaborated with Endemol Beyond USA the next year to develop the “beauty, leisure, and entertainment”-focused ICON network in March 2015.

Michelle Phan has received recognition for her services to the beauty business on numerous occasions as a digital media pioneer in the fashion and beauty industries. She received both the Shorty Award for Best YouTube Guru and the Streamy Award for Inspiration Icon in 2014. 2015 saw her win the People’s Voice Webby Award for Best DIY and How-To Channel. She was also included in Inc’s list of the 30 Under 30 Coolest Entrepreneurs and the Forbes list of the 30 Under 30 list in the area of Art and Style in the same year.

When Ultra Records filed a lawsuit against Michelle Phan in 2014 in a US District Court alleging copyright infringement in connection with the music featured in her YouTube videos, the matter generated controversy. Phan, on the other hand, asserted that Ultra had given her permission to use the song, and she consequently filed a countersuit against the record label. Both the lawsuit and the countersuit were dismissed in 2015 after an out-of-court settlement was reached by both sides.

In Boston, Massachusetts, on April 11, 1987, Jennifer Phan, a Vietnamese immigrant, gave birth to Michelle Phan. She has a half-sister and a brother. Her mother raised her family while working as a beautician and constantly pushed her kids to succeed. Michelle graduated from Tampa Bay Technical High School and enrolled at Ringling College of Art and Design after that. She has been in a committed relationship with Dominique Capraro for a considerable amount of time.

A makeup guru and YouTube star from the United States, Michelle Phan has a $50 million dollar fortune. In 2006, she started providing cosmetic tips on YouTube while working as a waiter.