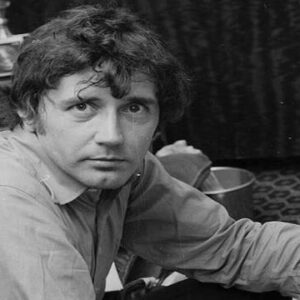 American musician, singer, and producer Mickey Deans. Despite his talent, he didn’t become well-known until he wed Judy Garland, a well-known American actress. Mickey did not get remarried after his wife passed very suddenly. Recent investigations into Judy’s death’s circumstances led to accusations that Deans was to blame for her demise. Despite knowing that she had a propensity of consuming Seconal tablets without restraint, he was accused of not caring for her enough. Additionally, it was believed that Mickey may have put 30 to 40 tablets on her bed on purpose, knowing well well that she would not be able to control herself when using them. Richard Driscoll, his adoptive son, has consistently asserted that Deans remained devoted to Judy despite her passing. He added that his father would always rue not doing more to save the woman who had been the love of his life.

On September 24, 1934, in New Jersey, USA, Michael DeVinko Jr. was born, becoming Mickey Deans. His parents, Michael DeVinko Sr. and Mary, raised him. He was interested in music from a young age and grew up with his sister and brother. Caroline, his sister, claims that their parents supported Michael’s decision to pursue a career in music. As a result, he began performing at well-known bars all around New Jersey.

Mickey Deans used to perform on the piano at the well-known Manhattan nightclub “Jilly’s.” After that, he began to work in places like Miami, Los Angeles, and Reno. Later, he held a management position at a well-known disco.
He and Judy Garland first crossed paths in New York in 1966 after a mutual friend asked him to bring her a package of medication. He identified himself as a doctor to prevent any potential embarrassment because Judy’s kids were there. He proposed to Judy on March 15, 1969, after they had been dating for three years.

Then he made every effort to manage and advance Judy’s career, but he was powerless to prevent her from abusing her prescription medications. He discovered her dead in their bathtub on June 22, 1969. Judy was discovered dead on the toilet seat, even though it was initially reported that she was laying on the bathroom floor. Mickey later confirmed this.

Mickey co-wrote Judy’s memoir, Weep No More, My Lady, when Judy passed away. The book, which was written with Ann Pinchot’s assistance, was released by “Hawthorn Books” in 1972. Pyramid Books eventually published it in paperback form. In addition to chronicling Mickey and Judy’s brief marriage, this book also immortalizes their love. Cynics, on the other hand, think he wrote this book to make money.

Mickey began working with show business entrepreneur Roy Radin to create vaudeville shows for a charity in the USA. He also made donations to numerous charitable causes. He bought the “Franklin Castle,” a four-story home in Ohio City, Cleveland, in 1985. For $93,000, he bought the old stone home, which he later had restored. Over the following ten years, he invested roughly a million dollars in refurbishing the renowned castle. He sold the castle in 1999 and moved to Northfield, Ohio.

Although many claim that Mickey Deans was truly bisexual, he was once thought to be gay. Many of his friends think he still loved Judy after she passed away, but many others don’t. Those who disagree claim that Deans was infatuated with Judy Garland’s wealth and celebrity. According to cynics, Mickey only wanted to take advantage of her fame and Judy needed someone to lean on as she approached the end of her career. They claim that he married her in order to inherit everything she had acquired during her successful career.

The wedding of Mickey Deans and Judy Garland was attended by a meager crowd; one journalist called it “sad.” The majority of the enormous wedding cake and champagne glasses were unharmed. Liza Minnelli, Judy’s 23-year-old daughter from one of her previous marriages, had called her during the event to let her know she couldn’t make it to the wedding but had promised her she would attend her next one. Judy was getting married for the fifth time.

Deans was a problematic individual who hung out with risky people. He was a heavy drinker and involved in the controversial “Cotton Club inquiry” regarding the murder of Roy Radin, his ex-boss. He started to fall in love with Rose Driscoll after Garland passed away. Richard Driscoll, her 19-year-old son, was even adopted by him. However, because it terminated after four years, this romance did not lead to marriage.

Mickey Deans passed away from congestive heart failure on July 11, 2003. He was supposed to be buried next to his wife Judy at Hartsdale, New York’s “Ferncliff Cemetery,” but instead, he was cremated, and his ashes were later sent to an unidentified person in Florida. A few months after Mickey passed away, his adopted son Richard also passed away.

Mickey is among the wealthiest pianists and is among the most well-known pianists. According to our research, Mickey Deans has a net worth of $5 million, as reported by Forbes, Wikipedia, and Business Insider.