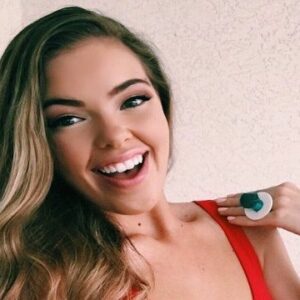 More Facts of Miranda May

Miranda Elizabeth May is an American actress who works in both television and cinema. She is best known for playing the title character in the show “Bunk’d.” She began her acting career as a child actor and made appearances in the sitcom Samantha Who?, the medical drama series “E.R.,” and the comedy series “Liv and Maddie.” She has always had a passion for stand-up comedy and spent eight years performing at various locations in Las Vegas. She became well-known and used a variety of personalities in her routines thanks to her talent for connecting with audiences in unusual ways. Her comic timing and her comfort in establishing a connection with the audience have been praised by critics. She enjoys writing scripts in addition to acting, and in her own time, she likes to sing, read, and shop. She is eager to launch her own clothing brand and has a wonderful sense of style.

Miranda Elizabeth May went to Los Angeles at the age of 10 after beginning her acting career at the age of eight. When she was 11 years old, she made her debut on the big screen in the 2007 film “The Heartbreak Kid.” Ben Stiller and Malin Akerman starred in the Farrelly brothers’ romantic comedy movie. She was not given any credit in the movie, though. She was chosen to star in Mark Lafferty’s 2008 film “Lower Learning.”

She made her television debut in the medical drama series “ER,” which was created by author Michael Crichton. Up to April 2009, it aired on NBC for 15 seasons. She also made an appearance on the ABC hit “Samantha Who?” which ran from 2007 to 2009.

Miranda, who has the talents needed for stand-up comedy, spent eight years performing at the Hollywood Improv, Brea Improv, and Harrah’s Hotel in Las Vegas.

She began playing the recurring part of Spacey Lacey on Disney Channel’s “Liv and Maddie” season 2 in 2015. John D. Beck and Ron Hart produced this comedic series, which ran till March 2017. The episode “Rate-A-Rooney,” which focused on the value of young females having a positive self-image, introduced Miranda’s character.

Miranda Elizabeth May, who was born in Bowling Green, Ohio, on April 6, 1996, is the youngest of three siblings. She attended a homeschool. She said in an Instagram post that she frequently received insults for having naturally large lips. She continued, “Nowadays, individuals spend thousands of dollars to have larger lips.

She inspires her followers on social media to embrace their inherent beauty and flaunt what they were given. She also acknowledged in a post to her followers that her mother is her closest friend. Peyton List, Miranda’s ‘Bunk’d’ co-star, is now a dear friend, but she didn’t like her when they first met at the show’s audition, the actress revealed to ‘J-14’.

In between her busy schedule, Miranda finds time to volunteer alongside her sister Stephanie. At hospitals, they visit with sick kids and work to make them smile. The siblings take part in running competitions and other fund-raising activities.

American actress Miranda May has a $1 million net worth. She is most recognized for her role as Bunk in the TV show Bunk’d.