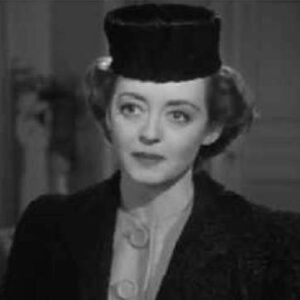 Miriam Hopkins was an American stage, television, and film actress who ranked among the best screen divas of the 1930s and was one of the Paramount Queens during the first part of the decade. She was also affiliated with Warner Brothers and Samuel Goldwyn Productions, both of which are prominent production companies. Hopkins’ career stretched over four decades, during which he appeared in thirty-six feature-length films and collaborated with such legendary Hollywood filmmakers as William Wyler, Ernst Lubitsch, and Rouben Mamoulian. She portrayed the title character in the groundbreaking picture Becky Sharp, which was the first to use the newly created three-strip Technicolor process, paving the way for a number of color films in the United States and Great Britain. Her performance in the film earned her a nomination for the Academy Award for best actress. Her acting versatility was demonstrated by the amount of astonishing and contrastingly diverse roles she played in films. Among her notable parts were those of a prostitute in “Dr. Jekyll and Mr. Hyde,” a gorgeous and jealous pickpocket in “Trouble in Paradise,” and Gilda Farrell in the Pre-Code comedy “Design for Living.” She also made numerous theater appearances and subsequently portrayed a variety of characters in television series. However, her off-screen reputation for being “difficult” and her well-known rivalry with another bygone diva, Bette Davis, had a negative impact on her professional legacy. It would not be an exaggeration to state that she remained one of the film industry’s most unknown and undervalued screen divas.

She was born in Savannah, Georgia, on October 18, 1902, into the rich family of Homer A. Hopkins and Ellen Cutter. Due to her parents’ unhappy marriage, she frequently accompanied her mother and only sister Ruby to the home of her maternal grandpa, the fourth mayor of Bainbridge.

Following her parents’ divorce, tiny Miriam relocated permanently with her mother and sister to Bainbridge. She enjoyed acting, directing, and creating various plays that she and her friends would perform in the woods, an early talent that led to a successful acting career. She also participated in the town’s Episcopal church’s children’s chorus.

At the age of thirteen, she moved with her mother and sister to Syracuse, New York, where her maternal uncle was a wealthy businessman who wanted to help the family.

She received her bachelor’s degree from ‘Goddard Seminary in Barre, Vermont (now ‘Goddard College’ in Plainfield, Vermont), an officially recognized private liberal arts college. There, she studied music, performed in multiple plays, took further singing and piano lessons, and remained active in extracurricular activities. She also drew attention by being the first student to sport a bob haircut.

She then joined the ‘Leboska Dance Troupe’ and performed with them till she fractured her ankle.
In New York, she also attended Syracuse University.

At the age of 20, she entered the entertainment industry as a chorus girl in New York City dancing and “Broadway” performances. After appearing in local musicals, she transitioned progressively towards tragic roles.

Her outstanding stage presence and magnetism, combined with the positive accolades she garnered on Broadway, prompted Paramount Pictures to sign her to a contract in 1930. In the same year, she made her professional film debut in the Fred C. Newmeyer-directed romantic comedy “Fast and Loose.”

Within a year of joining Paramount, she starred opposite the studio’s biggest star at the time, Maurice Chevalier, in Ernst Lubitsch’s 1931 American Pre-Code musical comedy “The Smiling Lieutenant.”

1931’s ‘Dr. Jekyll and Mr. Hyde’, an American Pre-Code horror drama film, brought her her first success. The film was directed by Rouben Mamoulian, and she portrayed Ivy Pearson, a prostitute who becomes connected with Jekyll and Hyde. Many of her pictures were eliminated prior to the film’s official release because of the potential for the controversy surrounding the film and her role in it.

After a few films, she appeared in 1932’s ‘Trouble in Paradise,’ her second collaboration with Ernst Lubitsch, in which she demonstrated her mettle by portraying a lovely yet jealous thief named Lily.

During that time, the pre-Code films of this skilled and bold beauty were considered to be risqué, despite their box office success and critical acclaim. In 1933, she also starred in ‘Design for Living’ and ‘The Story of Temple Drake,’ both of which were important pictures. While the first film’s plot centered on a ménage à trois involving her, Gary Cooper, and Fredric March, the second film featured a rape.

Through her performances, she introduced America to new types of Hollywood women, such as con artists, plotters, seducers, and cool Hannahs who were unconventionally attractive and captivating.
Although she auditioned for the role of Scarlett O’Hara in Victor Fleming’s epic historical romance film “Gone with the Wind,” which ultimately won ten “Academy Awards,” it was ultimately played by Vivien Leigh.

Her rivalry with Bette Davis, with whom she co-starred in two films, ‘The Old Maid’ (1939) and ‘Old Acquaintance’ (1943), and whom she accused of having an affair with her husband at the time, Anatole Litvak, was quickly went viral.

During the 1940s, she focused primarily on on-stage acting, participating in plays such as “The Perfect Marriage,” “The Skin of Our Teeth,” and “Message for Margaret.” She also appeared on radio shows such as “Suspense and Inner Sanctum,” “Lux Radio Theatre,” and “The Campbell Playhouse.”

She was a pioneer of the tiny screen, having appeared in television dramas for over three decades beginning in the late 1940s. American anthology series such as ‘The Chevrolet Tele-Theatre’ in 1949; ‘Pulitzer Prize Playhouse’ in 1951, which featured adaptations of ‘Pulitzer Prize-winning stories, novels, and plays; and ‘Lux Video Theatre’ from 1951 to 1955; and science fiction TV series ‘The Outer Limits’ in 1964 were among her television appearances.

There are two stars on the Hollywood Walk of Fame, one for television at 1708 Vine Street and one for motion movies at 1701 Vine Street.

Miriam Hopkins is one of the wealthiest and most popular actresses in the film industry. According to our research, Wikipedia, Forbes, and Business Insider, Miriam Hopkins has an estimated net worth of $1.5 million.