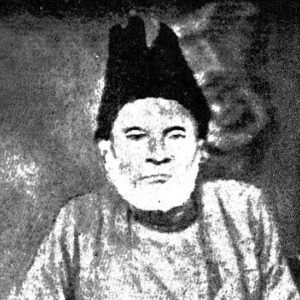 Famous Urdu and Persian poet Mirza Ghalib is regarded as the final great poet of the Mughal era. This master poet, an Aibak Turk from Central Asia who had usually served in the military, followed his passion for literature and became one of the most well-known and renowned Urdu poets. Despite facing numerous challenges in his personal life, such as losing his father when he was a young child, struggling with money all of his life, developing an alcohol problem, breaking social norms, and even serving time in prison, he managed to stand out with his captivating poetry, prose, epistles, and diaries. The most notable poems written by this literary genius were in the “ghazal” (lyric), “qadah” (panegyric), and “masnav” styles (moralistic or mystical parable). He struggled through poverty and other difficulties until being appointed poet laureate in the court of Bahdur Shh II, the final Mughal emperor of India. Born Mirza Asadullah Baig Khan, he wrote under the pen names Ghalib, which means dominant, and Asad, which means lion. “Dabir-ul-Mulk, Najm-ud-Daula” was his title. For years, numerous poets and writers have drawn inspiration from his extensive body of work, and his influence on Hindustani society extends beyond Pakistan and India.

Personal Life and Its Challenges

His parents were Mirza Abdullah Baig Khan and Izzat-ut-Nisa Begum, and he was born Mirza Asadullah Baig Khan on December 27, 1797, in Kala Mahal, Agra. The “Indrabhan Girls’ Inter College” now occupies the location of his birth. He was born in a room that has been preserved.

He was a member of an Aibak Turk family that had relocated to Samarkand, one of the oldest towns in Central Asia and a portion of modern-day Uzbekistan, after the collapse of the Seljuk monarchs. His mother was of Kashmiri descent.

Mirza Qoqan Baig Khan, Ghalib’s paternal ancestor, moved from Samarkand to India while serving as a Saljuq Turk for Ahmad Shah Bahadur, the 15th Mughal emperor. Before relocating to Agra, he held employment in Lahore, Jaipur, and Delhi. The Pahasu sub-district of the Indian state of Uttar Pradesh’s Bulandshahr district was handed to Mirza Qoqan Baig Khan.

The “Nawab” of Lucknow at first, then the “Nizam” of Hyderabad, were served by Ghalib’s father. When he was five years old and involved in the Battle of Alwar, he lost his father. After the catastrophe, Ghalib was cared for by his uncle, Mirza Nasrullah Baig Khan.

While Turkish and Persian were also spoken at home, Ghalib’s first language was Urdu. He was a little lad who studied Arabic and Persian. In his house for a few years was an Iranian visitor who had traveled to Agra. Ghalib was in his early teens at the time. Abdus Samad (formerly known as Hormuzd), a traveler who had recently converted to Islam, was quickly welcomed by Ghalib. He studied Persian, Arabic, logic, and philosophy with Samad.

When he was 13 years old, his marriage to Umrao Begum was planned. Umrao was the niece of the “Nawab” of Ferozepur Jhirka and the daughter of Nawab Ilahi Bakhsh. He moved to Delhi after his marriage with his mentally ill younger brother, Mirza Yousuf Khan, who passed away in 1857.

His wife was thought of as a devout and traditional woman. Although there are conflicting accounts of the couple’s relationship, the poet once said in one of his epistles that marriage was only another form of imprisonment—life itself being the first. His poetry frequently explores the idea that life is a struggle that never ends and that only a person’s death may bring it to a conclusion.

By the time he was in his 30s, he was the father of seven children. Sadly, they were all newborn deaths. The suffering and anguish of this particular bereavement found their way into several of his “ghazals.”

His habits, which included taking out loans, borrowing books, binge drinking, flouting conventions, and gambling, frequently earned him notoriety. He was imprisoned for gambling and developed a reputation as a “ladies’ man” in the Mughal court circle. However, the virtuoso kept acting casually and carried on with his performance.

When someone once praised Sheikh Sahbai’s poetry, Ghalib was quick to respond that Sheikh Sahbai could not have been a poet because he had never indulged in alcohol, gambled, been beaten by lovers with sandals, or even been to jail.

Titles Acquired In the Mughal Period

Emperor Bahadur Shah II conferred on him the title “Dabir-ul-Mulk” in 1850. He was also given the titles “Najm-ud-daula” and “Mirza Nosha” by Bahadur Shah II, the latter of which prompted him to add “Mirza” to his personal name. With this gift from the emperor, Ghalib became a member of the royal court’s nobility.

The court of Emperor Bahadur Shah II was graced by other outstanding Urdu writers, like Mumin, Dagh, and Zauq, whose author Zaug was Ghalib’s main adversary. Ghalib was appointed as Bahadur Shah II’s poet tutor in 1854. Soon Ghalib was one of his most renowned courtiers. Prince Fakhr-ud Din Mirza, the emperor’s eldest son, also came under Ghalib’s instruction.

Ghalib lived his life either under the patronage of the emperor or via his generosity and borrowings from friends. He also held the position of royal historian for the Mughal court. Ghalib worked hard to make his case to every British government official after the British Raj was established following the fall of the Mughal Empire. In order to have his full pension reinstated, he is also believed to have traveled to Calcutta. As a result, he continued to live in constant poverty and hardship.

In Old Delhi’s Gali Qasim Jaan, Ballimaran, and Chandni Chowk neighborhoods, he resided in a home. Archaeological Survey of India has designated the home, now known as “Ghalib ki Haveli,” as a heritage site. The mansion, also known as the “Ghalib Memorial,” houses a permanent exhibition of the poet that provides a glimpse into the author’s way of life and the opulent Mughal architecture.

Writings by the Master

This creative genius first started writing when he was only 11 years old. He first went under the alias “Asad” before changing to “Ghalib.” It’s also known that he wrote under the name “Asad Ullah Khan.”
He used to be very proud of his Persian compositions. The younger generations have reacted to him more favorably because of his Urdu “ghazals,” though.

Ghalib broadened the definition of “ghazals,” which up until that point had primarily been limited to the expression of love’s anguish. He covered a variety of topics in his “ghazals,” including philosophy and the perplexing facets of life. But he continued the custom of leaving the gender of the adored unclear in the majority of his lines.
Many scholars of Urdu have explained Ghalib’s collections of “ghazals.” Ali Haider Nazm Tabatabai, a poet, translator, and linguist from Hyderabad, created the first such piece.

The first comprehensive English translation of Ghalib’s “ghazals” was written by Sarfaraz K. Niazi and contained a full Roman transcription, an explication, and an expanded glossary. The book was titled “Love Sonnets of Ghalib” and was released by “Rupa & Co.” in India and “Ferozsons.” in Pakistan.
Since letter-writing in Urdu used to be considerably more ornamental before Ghalib’s time, the fascinating letters he wrote in the language have also made way for basic, everyday Urdu. His writing style was fairly informal and occasionally humorous. Readers felt as though they were having a conversation with him because of his engaging messages.

“I strive to write such a thing that whoever reads it becomes happy,” he had once said in a letter, “Main koshish karta hoon ke koi aisi baat likhoon jo padhe khush ho jaaye.” Some academics contend that Ghalib’s letters merited him the position he holds in Urdu literature. The Oxford Ghalib is a book that Prof. Ralph Russell, a British expert in Urdu literature, translated, showcasing the master’s rich creative output.

His written works, which revolutionized Urdu writing, were likewise exquisite and understated but distinctive.
Ghalib never held back from expressing himself, whether it was verbally or through his priceless works. When Sir Syed Ahmed Khan once asked him to add his appreciation to Khan’s illustrated version of Abul Fazl’s “Ai’n-e Akbari,” Ghalib responded with a brief Persian poem denouncing the “Ai’n-e Akbari.” This occurred in 1855.
In addition to criticizing Khan for concentrating on such inanimate objects, Ghalib praised the “sahibs of England,” who by this point were in charge of all the “a’ins” in his native country. Shamsur Rahman Faruqi also wrote a translation of the poem.

Following the failure of the Indian uprising against the British “East India Company” in 1857, Ghalib saw the collapse of the Mughal Empire and the ascent of the British Raj. He saw how “bazaars,” neighborhoods, and alleys vanished. Additionally, he saw his friends’ “havelis” (mansions) demolished. In his book “Dastumbo,” he described Delhi’s turbulent 1857 time.

An anthology of Persian poetry by Ghalib, titled “Kulliyat-e-Ghalib Farsi,” assembled by Dr. Syed Taqi Abedi and containing a unique collection of 11,337 verses by the master, was released on September 20, 2010, in Tehran by the ambassadors of India and Pakistan. The event was sponsored by the Iranian Ministry of Arts and Culture. It was first presented at Hyderabad, India’s “Maulana Azad National Urdu University.”
Dr. Taqi claims that by 1865, Ghalib had penned 11,340 couplets in Persian and 1,792 in Urdu.

He was a devout Muslim who preferred seeking God over engaging in ritualistic behavior. He expressed respect for the Prophet Muhammad through his literary efforts, particularly his poetry. His writings such as “Abr-i gauharbar” (The Jewel-carrying Cloud) and a “qasida” of 101 verses show his devotion to the Prophet Muhammad.
He detested various “Ulema” customs that, in Ghalib’s poetry, show hypocrisy and prejudice. Additionally, Ghalib wrote against some “maulavis” (clerics) and denounced their ignorance and arrogant assurance.

Soldiers once hauled Ghalib to Colonel Burn for questioning when the 1857 Indian uprising was in full force. This occurred in Delhi on October 5, 1857. The colonel was perplexed by the Central Asian Turk-style hat he was sporting and inquired, “Well? You’re a Muslim? “Half?” was Ghalib’s response. Again, the colonel said, “What does that mean?” I drink wine, but I don’t eat pork, Ghalib retorted.

The poem “Chiragh-i-Dair” (The Lamp of Temple), which he composed while visiting Benares in the spring of 1827 and in which he musings about the Indian subcontinent, gives a clear indication of his perspective on Hindustan.

The legendary poet passed away on February 15, 1869. He was buried at Delhi, India’s Hazrat Nizamuddin.
He always vowed that future generations would give him the credit he deserved, but strangely, his eventual ascent to renown came after his passing.

Both in India and Pakistan, plays and films have depicted this virtuoso’s life. Legendary performer Bharat Bhushan played Ghalib in the 1954 Indian movie “Mirza Ghalib.” In the Pakistani movie “Mirza Ghalib,” the renowned actor Sudhir also played him (1961). Gulzar, a well-known Indian poet, songwriter, and director, created the hit TV series “Mirza Ghalib” (1988), which aired on “DD National” and starred Naseeruddin Shah as the poet.

The estimated net worth of Mirza Ghalib is unknown.