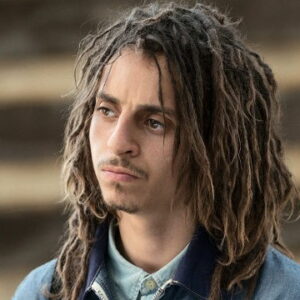 American actor Moises Arias is best known for his roles as Rico in the Disney Channel series “Hannah Montana” and as Biaggio in the movie “The Kings of Summer.” He is also well-known for making cameos in the TV series “The Suite Life of Zack & Cody” and “Wizards of Waverly Place.” Arias has also been in a number of other films and TV shows. He contributed his voice to the animated film “Astro Boy” and is a gifted voice actor. He has also appeared in a number of music videos. Due to his outstanding acting abilities, Arias is currently one of the most sought-after young performers in the business! Regarding his fan base, the American musician has millions of fans both online and off. Arias is active on Twitter and Instagram, where she has over 379k and 649k followers, respectively. The actor is a very cool and funny man, personally. Mateo, his brother, is a performer as well.

Moises Arias made his television debut in a 2005 episode of “Everybody Hates Chris.” The year after, he appeared in “Nacho Libre” and “The Suite Life of Zack & Cody” as a guest star. He also provided Olly’s voice in the television show “Dive Olly Dive” that year. In the 2006 season of Hannah Montana on the Disney Channel, Arias was cast as Rico Suave.

He had an appearance in a Jonas Brothers music video in 2007. He worked on “Dadnapped,” a Disney Channel Original Movie, and “Hannah Montana: The Movie” two years later. He appeared in three episodes of “Wizards of Waverly Place” and voiced Zane in “Astro Boy.” Soon after, Arias received a role in the film “We the Party.”

He played Matt in the TV show “The Middle” in 2012. He appeared in “The Kings of Summer” and “Ender’s Game” the following year. The actor then worked on the movies “The Land” and “Ben-Hur.” Then, in 2017, he portrayed Phil in the comedy movie “Little Bitches.” In the same year, Arias worked on both the drama series “Jean-Claude Van Johnson” and the film “Pitch Perfect 3.”

César and Mónica Arias welcomed Moises into the world on April 18, 1994, in New York City, New York, the United States. Mateo, his brother, is a well-known actor as well. He went through the fifth grade at Dixie Canyon Elementary School. Later, he received his acting and modeling degree from Barbizon.

Regarding Arias’ romantic history, in 2014, there were rumors that he was seeing Willow Smith, the daughter of Will Smith. The actor once shared photos of himself with Willow Smith on Instagram, sparking debate. Some others think the couple is still romantically together.

American actor Moisés Arias has a $600,000 total net worth. On April 18, 1994, in New York City, New York, Moisés Arias was born. His most well-known television character was Rico on Hannah Montana.