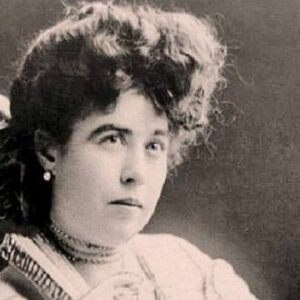 Molly Brown, also known as Margaret Tobin, was an American socialite, activist, and actress who rose to fame after surviving the Titanic disaster in 1912. Brown was already a feminist and social activist engaged in charitable work long before the oceanic accident, despite the fact that she became famous for surviving the sinking of the ill-fated ship. Brown, who was born to working-class parents, was no stranger to the struggles of the poor and middle-class, particularly women. Her participation in social work began when she began volunteering in soup kitchens to assist underprivileged miners’ families as the wife of a mining engineer. She joined women’s organizations dedicated to improving the lives of women via thorough education. She also attempted, but failed, to enter politics. She was one of the passengers on the ill-fated Titanic’s maiden voyage, and her survival of the ship’s sinking catapulted her to instant celebrity. Following the Titanic, she utilized her newfound celebrity to advocate for subjects she cared about, like as women’s and children’s rights, education, illiteracy eradication, historic preservation, and so on. She also worked as an actor in her senior years. She became renowned as “The Unsinkable Molly Brown” after her death.

Molly Tobin was born in Missouri to Irish Catholic immigrants John Tobin and Johanna Collins. From her parents’ previous marriages, she had three siblings and two half-sisters. Her parents had immigrated to the United States after the country’s first wave of industrialization. Her parents believed in freedom and equality, as well as a progressive approach to education. Despite the fact that she only went to school until she was 13, her parents had set the stage for a lifetime of study.

She started working in a factory when she was 13 years old to help support her family. Low salaries, job insecurity, and long work days were all part of the working class’s daily lives. She moved to Leadville with her brother and sister when she was 19 years old in order to find work. To make ends meet, she got employment at a dry goods store and also performed some sewing.

She married a mine supervisor who was many years her senior soon after. Her husband amassed large amounts of riches via hard work and good fortune, allowing Molly to spend more time to social events. She helped establish the Colorado chapter of the women’s rights organization National American Woman Suffrage Association by volunteering in soup kitchens to assist destitute miners’ families.

In 1894, she and her family moved to Colorado. Brown and her family were able to take advantage of even more social possibilities as a result of the move. She joined the Denver Woman’s Club, which aimed to better the lives of women through education and charitable action.

The Brown family became part of the city’s elite once her husband became extremely wealthy. She adapted well to her new job as a high society woman, learning French, German, and Russian fluently. She was also politically involved, running for the Colorado Senate in 1909 but withdrawing because her husband would not support her political goals.

She enjoyed traveling and had visited many different regions of the globe. She was on one of these trips when the luxury liner Titanic struck an iceberg and perished on its maiden voyage on April 15, 1912. Brown assisted in the rescue of several individuals before being persuaded to evacuate the sinking ship herself.

For her role in the Titanic rescue operations, she was acclaimed as a hero, and she quickly rose to prominence. Brown used her newfound celebrity to promote causes she cared about, such as women’s empowerment and children’s right to education.

Despite her interest in social events since childhood, it was her role in the Titanic rescue operations that cemented her reputation as the “Unsinkable Molly Brown.” She took up rowing duties as the ship sank and assisted several passengers in boarding the lifeboats.

She took over the duty of interpreter and facilitated communication between the foreign tourists and the rescue officials when the ship Carpathia arrived to assist in the rescue. She also assisted with the survivor lists. She continued her work for Titanic survivors after landing in New York by raising funds for those who had become widows and orphans as a result of the shipwreck; in a short time, she had raised nearly $10,000 for this purpose.

She was given the French Legion of Honour, France’s highest honor, in 1932 for her humanitarian and philanthropic efforts, particularly her rescue efforts during the Titanic disaster.

She married James Joseph Brown when she was 19 years old, in 1886. They were the parents of two children. The couple split up in 1909, although they didn’t divorce formally. They kept in touch until James’ death in 1922. Her health deteriorated in her latter years, and she died on October 26, 1932, at the age of 65. The Unsinkable Molly Brown, a 1960 Broadway drama, was based on a highly fictitious depiction of her life.

Margaret is one of the wealthiest Titanic survivors and one of the most well-known. Margaret Brown has an estimated net worth of $8 million, according to Wikipedia, Forbes, and Business Insider.

She was never known as “Molly” during her lifetime; instead, she was known as Margaret or Maggie. According to some sources, she died of a brain tumor, while others attribute her death to a stroke. She survived another tragedy few years after the Titanic disaster, avoiding a hotel fire in Palm Beach. During her final years, she pursued a career as an actor.