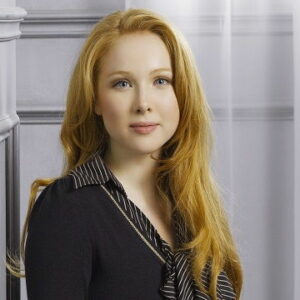 In the American crime-comedy-drama television series “Castle,” which aired on ABC, Molly Quinn, also known as Molly C. Quinn, played Alexis Castle, the primary character’s daughter. She is widely known to television viewers for her role. She began acting at a young age and established herself in the field with a number of forceful appearances in television shows, movies, and stage productions. She has lent her voice to several characters in animated movies and TV shows because she is also a voice actress. She has also made appearances in music videos. In 2013, the driven young woman made the transition from actress to associate producer with the film “Hansel & Gretel Get Baked.” ‘The Sacrifice,’ ‘Winx Club: The Secret of the Lost Kingdom,’ ‘We’re the Millers,’ and ‘Welcome to Happiness’ are some of her other notable works. She was honored with the “Best Newcomer, Short Film” prize at the 2009 Monaco International Film Festival for her exceptional performance as “Esmee Johnson” in the short film “The Sacrifice.”

Early on in life, Molly Quinn began her performing career. When she was just six years old, she participated in a community production of “The Nutcracker,” a two-act ballet, and Martin Beck, a former director, and producer, saw her promise. He agreed to train her, and he gave her lessons every week.

When Molly was twelve years old, she went to the Young Actors Studio for an audition and gave a performance for the director Linda Seto and a group of Osbrink Talent Agency personnel. She made an impression on Linda and the agency reps, so she enrolled in rigorous acting classes. She eventually secured a contract with the Osbrink Talent Agency before deciding to join Management 360.

Before landing her first break in the television industry, Molly made her acting debut in the American comedy “Walk Hard: The Dewey Cox Story” in 2007. She then went on to make three more brief cameos in movies including “My One and Only,” “Disney’s A Christmas Carol,” and “The Sacrifice.”

She secured a contract with Beacon Pictures and ABC Studios in 2009 to play “Alexis Castle,” the protagonist character Richard Castle’s (a well-known mystery author), daughter, in the American crime-comedy-drama television series “Castle.” This was her very first significant endeavor, giving her a stage on which to effectively display her talent.

Following the successful introduction of her character in “Castle,” Molly began receiving greater offers for roles in both movies and television programs.

She was cast as “Princess Bloom” in the Nickelodeon adaptation of the animated television series “Winx Club” in 2011, and she continued to appear on the program through 2014. In the meanwhile, she also provided the voice for the same character in the two series-to-film adaptations.

Between 2011 and 2017, she had numerous film appearances, including “The First Time,” “Hansel & Gretel Get Baked,” “We’re the Millers,” “Welcome to Happiness,” and “Last Rampage.”

On October 8, 1993, Molly Caitlyn Quinn was born in Texarkana, Texas. She began her quest for a profession in show business at a young age. The media is not aware of specifics regarding her family or school history.

Molly’s estimated net worth in 2022 will be around 3.5 million US dollars. She earns an average of $86,502 US per year as an American actress.