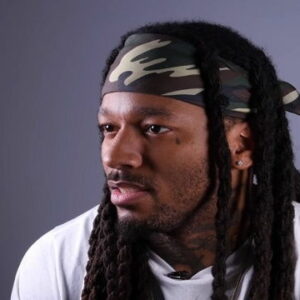 More Facts of Montana of 300

A talented American vocalist and songwriter of rap, drill, and hip-hop, “Montana of 300” is also known as Montana. He was raised in a Chicago ghetto where he was given the name Walter Anthony Bradford and was exposed to racial conflict, poverty, and violence. Many of his songs are filled with metaphors and dual meanings that lend an unheard-of spiritual undertone to the rap genre by weaving symbols about healing, faith, and survival into them. He had a strong online fan following before his debut solo album was even published. He developed a sizable online fan base by 2006 thanks to his remixes, which were mostly posted on “YouTube” and disseminated via social media. Fans of Montana like him for his clever rapping, which significantly incorporates elements of the drill, trap, and R&B genres. His lyrics are acclaimed for their profound analogies and powerful subjects, many of them are religious in nature. Most of his songs are about persevering through hardships and conquering obstacles. According to reports, Montana has stated that he does not want his lyrics to be categorically identified with Chicago’s impoverished African-American communities, but rather with people from all walks of life and geographical locations. Inspire by the 2006 movie of the same name, he founded the band “300.” He frequently jams with other musicians, particularly with Montelle Talley, popularly known as “Talley of 300,” a former bandmate.

Walter Anthony Bradford, better known as “Montana of 300,” was born into a huge, destitute family in Chicago, Illinois. According to reports, his parents were both alcoholics and drug addicts, and his family was dysfunctional.
He started writing songs and rapping in his early teens, but little more is known about his formative years. He might have had two brothers and three sisters, according to unconfirmed accounts.

His difficult upbringing had a significant impact and may have drawn him closer to religion. His songs frequently have religious themes and symbolism. He also urges his young audience to abstain from drug use.

The creative rap style and dance moves of Montana are well-known. His music incorporates elements from different genres like trap, drill, and R&B. In his early teens, he began singing, creating songs, and remixing.
As a young child, he is claimed to have looked up to Lil Wayne, Tupac, and DMX. He said of Lil Wayne’s style, “What I like is His Uniqueness and Out-of-the-Box Thinking.”

Since 2006, Montana has been releasing his remixes of well-known songs on ‘YouTube’ and other social media sites. He has a significant online presence on Twitter, Instagram, and YouTube and had had a sizable fan base before making his first solo appearance.

Together with his friend Montelle Talley from high school, Montana started a band in 2008 named “300.” The band was the inspiration for Zack Snyder’s highly regarded war movie, which starred Gerard Butler and was released in 2006.

Although the band split up in 2014, Montana and Talley have kept the suffix “300” and frequently work together. Their music is still accessible on MySpace, YouTube, and numerous other social media sites.

Millions of people viewed Montana’s remix of the Nicki Minaj and Lil Herb song “Chi-Raq” in May 2014. His other well-known remixes were “Bodak Yellow,” “White Iversion,” “Mask Off,” “Ooouu,” and “.

The majority of Montana’s works are available as digital downloads. A mixtape titled “Gunz & Roses” was released by Montana and “Talley of 300” in December 2015.

In December 2014, Montana released his debut mixtape, “Cursed With a Blessing.” It featured the hit songs “Holy Ghost” and “Ice Cream Truck,” both of which had millions of views on “YouTube.”

Fire in the Church, Montana’s debut studio album, debuted in May 2016 and reached position 95 on the Billboard 200 list. The Chicago-based vocalist has reached this level throughout the course of her career.

No Surrender No Retreat by Montana was published on February 10, 2017. Don’t Doubt the God, Montana’s second studio album and third solo cassette, was made available on May 20, 2017. Montana was detained and arrested prior to her release.

On May 17, 2017, he posted a message to his Facebook and Instagram accounts urging his followers to purchase the upcoming album. The statement omitted any information regarding the nature of his imprisonment or the location of his detention, however. On July 1st, 2017, Montana was freed from custody.

On May 20, 2018, he will release “Pray 4 the Devil,” his fourth studio album. Montana is active on social media, constantly engages with his followers to discuss his work, and welcomes their comments as well.
Fly Guy Entertainment, Montana’s own record label, was founded (FGE). The official “FGE” website sells clothing, accessories, and other goods.

Although Montana has been well-liked for the majority of his career, his albums “Fire in the Church” and “Don’t Doubt the God” have achieved considerable success. The former made it to number 95 on the illustrious “Billboard 200” list.

His remix of the song “Chi-Raq,” which was originally performed by Nicki Minaj and Lil Herb, also became viral and has had over 23 million views on YouTube.

Montana keeps his personal life a secret. He apparently enjoys his independence, loves his own space, and is not currently dating anyone. He is the father of a son and a young girl. Their mother or mothers’ identities are unknown.
Since he was a young child, Montana saw the terrible impact that drug and alcohol usage had on his parents, he has a great dislike for drugs and strongly advises his followers not to use them.

Before his album “Don’t Doubt the God” was released in May 2017, there was some controversy. On social media, he sent a statement claiming to have been imprisoned.

His jail’s location or the reason for his detention wasn’t immediately made public. Later, in an interview, Montana claimed that he was detained and then arrested for both driving with a suspended license and giving false identification.

Montana of 300 is an American rapper with a net worth of $8.5 million. His income is unknown. On March 3, 1989, Montana, a 300, was born in America. On March 3rd, 1989, Walter Anthony Bradford was born in Chicago. His early years were difficult for him. He was raised in a large household with parents who exhibited antisocial behavior, and as a young child, he had to struggle to make ends meet. When he was in his middle teens, he started creating rap texts. His albums “Fire in the Church” and “Pray for the Devil” are well known.

Montana made a brief appearance on the hit TV show “Empire,” which is based on the music industry, in September 2015. He claimed in an interview that a talent representative approached him about the show after she watched the “Chi-Raq” remix video.

Because of his time on “Empire,” Montana is claimed to have gotten to know Rick Rubin, a record producer and former co-president of “Columbia Records.” Chris Rock gave Rubin Montana’s name, and that opened the door for Montana to pursue a career in Los Angeles.

Montana was rumored to be working with rap legend Kanye West soon after meeting Rick Rubin. The rumors started after Montana published a video of himself at Kanye’s house on his Facebook page.