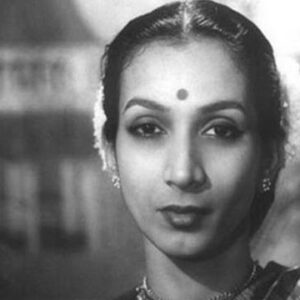 Mrinalini Sarabhai was a well-known figure in the world of Indian classical dance. She was an accomplished dancer in Bharatanatyam and Kathakali, as well as a choreographer and instructor of dance. She believed that while new dance forms do evolve over time, it is critical that they are founded on a conventional classical foundation. She was a pioneer in the world of Indian classical dance, being the first traditional dancer to branch out into choreography. She acquired her early education from Santiniketan, where she discovered her true calling. Determined to acquire the best possible training in a variety of dance styles, she studied Bharatanatyam, Kathakali, and Mohiniattam from some of the most renowned dance teachers of her generation. She went on to achieve international fame as a dancer, not only in India but also in a number of other nations. She became the mother of two children after marrying scientist Vikram Sarabhai, yet family life did not lessen her passion for dance in the slightest. Following a successful career as a dancer, she transitioned to choreography, creating over 300 dance dramas. Numerous national and international accolades have been bestowed upon her for her contributions to classical dance.

She was born on 11 May 1918 in Kerala, India, into a Brahmin family. Dr. Subbarama Swaminathan was a prominent Madras High Court barrister and principal of the Madras Law College, while her mother Ammu Swaminathan was a social worker, independence fighter, and former parliament member.
She was raised in Switzerland and studied the Dalcroze method, a Western methodology for executing dance techniques.

When she returned to India, she studied at Shantiniketan under the tutelage of Rabindranath Tagore. It was here that she discovered her true calling and chose to pursue a career in dance.
She traveled to the United States and participated in a dance program at the American Academy of Dramatic Arts. She returned to India after a while to continue her training in classical dance forms.

She studied Bharatanatyam with Meenakshi Sundaram Pillai, Kathakali with Guru Thakazhi Kunchu Kurup, and Mohiniattam with Kalyanikutty Amma. All of her dancing professors were famous experts in their respective professions, ensuring that she received the greatest possible training.

She quickly established herself as a gifted and graceful dancer following her training. Being trained in multiple dance styles provided her an advantage over other classical dancers who were taught in a single style.
She married Dr. Vikram Sarabhai, a distinguished physicist, and relocated to his home in Ahmedabad, Gujarat. Dr. Sarabhai was an open-minded individual who encouraged her to pursue her dancing passion.

In 1949, she co-founded the Darpana Academy of Performing Arts with her husband. It was formed as a modest dance academy with the mission of teaching the art of dance and performing Indian traditional dance styles.
The institution expanded significantly over the years and evolved into a center for the study of folk, tribal, classical, and contemporary dance, theatre, movement, puppetry, and music.

The academy was not only concerned with teaching instruction in the arts, but also with using arts to effect beneficial social change through influence on the general public and policymakers. The academy uses a variety of artistic mediums to educate, enlighten, and raise awareness about society’s most pressing concerns.

She went on to create over 300 dance dramas over the next four decades, including the critically acclaimed musicals Krishna-Gopala’ and ‘This Mahabharata’. Along with her work as a choreographer and dancer, she is a prolific writer, having authored numerous books, poems, plays, and children’s stories.

She chaired the Gujarat State Handicrafts and Handloom Development Corporation Ltd. and was a trustee of the Sarvodaya International Trust, an organization dedicated to the promotion of Gandhian values.

She is best known for establishing the Darpana Academy of Performing Arts, an arts center dedicated to educating many styles of dance, music, drama, and puppetry. Additionally, the organization aims to empower women and addresses other social issues involving human rights and the environment.

In 1965, she was awarded the Padma Shri, India’s fourth-highest civilian honor.

In 1968, the Mexican government presented her with a gold medal for her choreography for Mexico’s Ballet Folklorico.

In 1991, the Gujarat Government presented her with the Pandit Omkarnath Thakur Award in recognition of her significant contribution to the performing arts.
In 1992, she was awarded the Padma Bhushan, India’s third-highest civilian honor.

Mrinalini Sarabhai married renowned physicist Vikram Sarabhai in 1942 and the couple had two children: Kartikeya and Mallika. Mallika, her daughter, followed in her mother’s footsteps and became a well-known dancer in her own right. Her marriage to Vikram Sarabhai was fraught with difficulties.

Passionate about her career, she continued dancing well into her seventies, defying age.
Mrinalini Sarabhai died of old age complications on January 21, 2016, in Ahmedabad, Gujarat, India, at the age of 97.

Mallika Sarabhai is one of the wealthiest dancers in the world and is ranked among the most popular dancers. Mallika Sarabhai’s net worth is estimated to be $1.5 million, based on our analysis of Wikipedia, Forbes, and Business Insider.