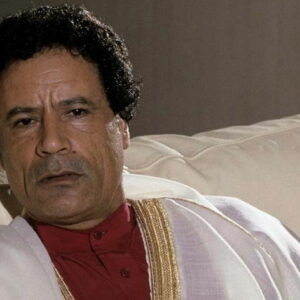 Muammar Gaddafi, also known as Libya’s dictator, was a revolutionary and politician who ruled the country for 42 years. He changed the Libyan government multiple times over his four decades in power. From 1969 to 1977, he was the Revolutionary Chairman of the Libyan Arab Republic, and from 1977 to 2011, he was the ‘Brother Leader’ of the Great Socialist People’s Libyan Arab Jamahiriya. He was initially loyal to Arab socialism and Arab nationalism, but later ruled according to his ‘Third International Theory.’ Despite originating from a destitute and impoverished background, he displayed revolutionary instincts from an early age. He formed a revolutionary cell within the military, which aided him stage a bloodless coup against King Idris. During his rule, he criticized international relations with Western countries and severed diplomatic ties with a number of others, earning him the moniker of a “international pariah.” A major revolution against him erupted as a result of his growing power, backing for international terrorism, and violations of human rights. The uprising eventually led to the foundation of the ‘National Transitional Council,’ and Gaddafi’s demise.

Muammar Gaddafi was born Muammar Muhammad Abu Minyar Gaddafi to Abu Meniar and Aisha in Qasr Abu Hadi, Italian Libya, in 1942. He was born into an insignificant al-Qadhadhfa tribal family. He spent a lot of his childhood in Sirte, a city in western Libya. He was the eldest of three sisters.

He was born in a Libya that was occupied by Italy at the time, and he witnessed his country’s freedom in 1951. He was influenced by Arab nationalism movements from an early age. He was smitten by Egyptian President Gamal Abdel Nasser, who would eventually play a key role in his revolutionary methods.

After receiving his primary education at a local elementary school, his family relocated to Sabha in search of better educational prospects. His family was compelled to flee to Misrata as a result of his participation in the protests against Syria’s separation from the United Arab Republic.

He began studying history at the ‘University of Libya’ in Benghazi in 1963. He did, however, leave university to join the military. At the ‘Royal Military Academy,’ he received his training.
He declared his insurgency against anything English after recognizing the British as imperialists. In 1964, he established a ‘Central Committee of the Free Officers Movement.’

After graduating from the ‘Royal Military Academy’ in 1965, he joined the army’s signal corps as a communications officer. For further military training, he relocated to the United Kingdom. He returned to Libya after completing his training.

During the second half of the 1960s, King Idris’ popularity in the country waned. Not only did the amount of corruption rise as the oil wealth was exploited, but the Idris-led administration was also perceived as pro-Israeli.
When Idris went to Turkey and Greece for the summer in 1969, Gaddafi’s Free Officers took advantage of the opportunity to launch ‘Operation Jerusalem,’ an attempt to destabilize the monarchy.

He deposed the monarchy and established the Libyan Arab Republic with little opposition. He claimed to put an end to corruption and bring about major change in the country’s social, economic, and political arenas.
He appointed himself as chairman of a 12-member Revolutionary Command Council (RCC), which operated as Libya’s new executive authority. As a result, he became the de facto leader of the states. He assumed the title of Colonel and the title of Commander-in-Chief of the Armed Forces.

During his early years as Libya’s ruler, he implemented a number of social and economic reforms, beginning with raising the price of Libyan oil. After noticing that the present terms and circumstances benefited foreign countries rather than Libyan nations, he decided to change them.

An increase in the price of oil was beneficial to the country since it resulted in more income and improved state control. He even announced that active foreign oil producers in Libya will be nationalized. With increased per-capita income and GDP, this move was a financial success.

He also ordered the closure of US and British military outposts in Libya, as well as the conversion of the Gregorian calendar to the Islamic calendar. He even made it illegal to sell alcohol in the country.
In an attempt to establish Arab nationalism against British or, more particularly, Western imperialism, he evicted the last few Italians from the country in 1970. He even expelled the Libyan Jewish community.

Meanwhile, he bolstered Libya’s ties with France and the Soviet Union by acquiring weaponry from the latter, which had a direct impact on the country’s ties with the United States. When he backed Palestinians in the Israeli-Palestinian conflict, the chasm between Libya and the US deepened even more.

He established the ‘Jihad Fund’ and the ‘First Nasserite Volunteers Centre’ to wage war against the Israelis, who were backed by the US. He aided and abetted different militant groups around the world in their revolutionary endeavors. He went so far as to call people who labeled these militant groups “terrorists.”

Arab nationalist regimes in Egypt, Syria, Iraq, and Sudan aided him because they acknowledged Egyptian President Nasser’s Arab nationalism’s influence in Libya. Nasser was followed by Anwar Sadat after Nasser’s untimely death in 1970. Sadat and Gaddafi agreed to form a political federation of Arab states, but ties between Libya and Egypt worsened in 1973, and the concept was never executed.

In 1973, Gaddafi proposed the ‘Third Universal Theory,’ which rejected Western imperialism in favor of nationalism, resulting in the formation of Islamic and Third World nations to fight imperialism. His ideology was founded on Islam and the teachings of the Quran.

Between 1975 and 1978, he released three small volumes of ‘Third Universal Theory,’ which were dubbed ‘The Green Book.’ His political beliefs were explained in full in the book. It shed light on the issues that liberal democracy and capitalism face, and projected his policies as a solution.

The fact that he continued to spend oil funds on foreign causes drew enormous public condemnation. He and RCC leaders were also targeted by the general public. This sparked turmoil in the country, which was exacerbated when political detainees were executed.

He involved the Libyan military in various overseas wars, including the brutal civil war in Chad, towards the end of the 1970s. He disbanded the Libyan Arab Republic in 1977 and established the Great Socialist People’s Libyan Arab Jamahiriya.

He stood down as the Secretary General of the GPC in 1979, but remained the Commander in Chief. The administration soon shifted to socialism, putting a strong focus on equality. Many people chastised his actions, which alarmed the government.

Libya’s economy was on the verge of collapse in the early 1980s, as oil revenues plummeted. Libya’s strained ties with other nations exacerbated the country’s economic woes.

Gaddafi was labeled a worldwide pariah and the “mad dog of the Middle East” by then-US President Ronald Reagan in 1981. To bring their activities in Libya to a halt, Reagan further restricted the role of US embassy staff and firms.
By 1984, the United Kingdom had severed diplomatic ties with Libya. Gaddafi’s reputation as an anti-imperialist grew after the US attack of Libya in 1986, both at home and beyond the Arab world.

Between 1987 and 1998, various economic and military changes were implemented, including the establishment of small companies and industry and agriculture sector reforms. Meanwhile, the army and police forces were replaced by popular militia. Several coup attempts were undertaken against him, but he managed to avoid them all.
His rejection of Pan-Arab nationalism and adoption of Pan Africanism marked the beginning of the twentieth century. He attempted to strengthen connections with the United Kingdom and the United States. China’s, North Korea’s, and European Union’s relations have all improved.

His improved relations with the US did not mean an end to his anti-western rhetoric, as he joined Hugo Chavez in calling for anti-imperialism across Africa. On the economic front, he increased privatization, despite his own principles outlined in his “Green Book.”

Demonstrations, rioting, and protests erupted in Libya with the start of the ‘Arab Springs,’ which led in the forcible removal of tyrants and rulers from Arab republics.
To put an end to the rioting, he used lethal force, which only enraged the population. The Libyan people became even more eager to remove Gaddafi from power. They founded the ‘National Transitional Council,’ which was backed by NATO.

NATO’s military intervention aided the rebels in securing the Tripoli region, which was Gaddafi’s stronghold. His reign came to a symbolic end as a result of this. While the NTC was establishing itself as Libya’s legitimate governmental entity, warrants were filed against him.

During his lifetime, he married twice. Fatiha al-Nuri, his first wife, gave birth to a son in 1970 before divorcing him the following year. He married Safia Farkash after that. The couple had a total of seven children.
After the capture of Tripoli in 2011, he relocated to Sirte and attempted, but failed, to negotiate with the ‘National Transitional Council’ (NTC). To avoid death, he traveled from one house to the next.

Because the information given is different and inconsistent, there is no proper evidence as to what caused his death. On October 20, 2011, Gaddafi led a mixed civilian-military convoy out of Sirte’s District 2, seeking to seek safety in the Jarref Valley. According to official NTC accounts, Gaddafi was killed by bullet wounds after being caught in a crossfire. His mortal bones were buried in the desert in an unidentified place.

Muammar Gaddafi’s net worth is estimated to be $200 billion.