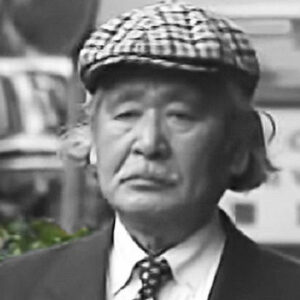 During the Second World War, Mutsuhiro Watanabe served as a corporal in the Imperial Japanese Army and was a POW at the camps at Omori, Naoetsu (now Jetsu), Niigata, Mitsushima (now Hiraoka), as well as the Civilian POW Camp at Yamakita. He was eventually labeled a war criminal by the US Occupation authorities for abusing POWs, but he was never brought to justice. Watanabe, referred to by his family as “Mu-cchan” and by everyone else as “the Bird,” was thought to be the Japanese army guard with the coldest blood. Many writers and filmmakers have depicted his harshness in their works. He was the subject of the Angelina Jolie-directed film “Unbroken,” in which Miyavi, a Japanese singer/actor, played his part. The Japanese Army corporal was raised as a spoiled child from a prosperous home. He lived in a lavish home with a large swimming pool and had limitless resources. He also has six siblings and a loving mother.

Working for the Japanese Army

At first, Watanabe was employed by the Japanese news organization Domei. He moved into the Tokyo Headquarters Camp when he was 27 years old. He may have hated officials in general because of the way he treated the Allied officials when they were POWs. The “Bird” decided to make their lives as difficult as he could because he couldn’t be one of them.

Watanabe’s preferred sanctions included telling some men to headbutt their officials. It is alleged that he once forced a man to spend nearly four days in the winter in a hut while wearing only a fundoshi undergarment. Additionally, he once meted out a humiliating punishment to David James, a POW who was 63 years old.

In addition to beating him, he made him stand in front of his office for days and nights while saluting the tree next to the entrance. Watanabe was listed as the 23rd “most-wanted war criminal” after the war. He avoided detection, nevertheless, and was never put on trial.

All allegations against Watanabe were withdrawn in 1952. He afterward started selling insurance and eventually amassed a fortune.

On January 1st, 1918, Mutsuhiro Watanabe was born in Japan. He had five siblings, the oldest of whom was Michiko. He studied French literature at Waseda University as the beloved son of Shizuka. Watanabe came from an affluent family and lived in a large home with a pool. He was interested in a wide range of pursuits.

The corporal in the Imperial Japanese Army had a strong interest in the insurance industry. He was also a decent farmer who had a great deal of respect for his profession. However, his family was his greatest passion. Watanabe claims that he put his life in danger to let his family know that he was alive and in excellent condition. On April 1, 2003, Watanabe passed away.

One of the wealthiest criminals and one of the most well-known criminals is Mutsuhiro. Our study of Mutsuhiro Watanabe’s net worth from sources like Wikipedia, Forbes, and Business Insider indicates that it is roughly $1.5 million.