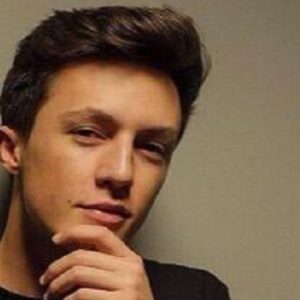 Not the usual extroverted, outspoken kid musician, Myles Parrish is. He admits that he is a little reserved and awkward around people.
“The entire social environment…
In high school, I don’t believe I ever truly fit into it. At parties, I would always feel strange, awkward, and uneasy. So I’d normally attempt to stay away from those,” admits Myles, a product of the famous “Dublin High School”.
Myles can come out as an outcast in this field where extroversion and an outgoing personality are required because of these unusual traits. He lets his talent speak for itself, though, like most talented introverts do.
With the smash song “More Than Friends” in late 2011, Myles made his entrance onto the hip-hop world. Since then, he has transformed from a YouTube star to a chart-topping musician. The 21-year-old prodigy, who has a remarkable portfolio that includes an album and four extended plays, is on the verge of a significant career turning point after parting ways with his longtime buddy and fellow rapper, Kalin White.
As they began, jammed, and climbed to fame together, Kalin is an essential part of any story of Myles’ career. At one point, “Kalin and Myles”—who went by the moniker “KAMFAM”—were regarded as the upcoming hip-hop generation’s biggest dynamic combo. This is the tale of how one of the most intriguing talents in the field came to be.

Myles began his career in 2010 like the majority of his contemporaries: by creating a YouTube vlog. His early efforts were mainly snippets of original songs and sketches, but he gradually began to amass a following.

The pivotal moment occurred in 2011 when Myles ran into Kalin White, an old friend, at the Never Say Never album premiere for Justin Bieber. The meeting at the premiere allowed them time to catch up as they had previously met at a party at Myles’ place. This is where the notion of a prospective partnership emerged. The two started having jam sessions at Myles’ residence soon after. Myles produced the beats and grew into his role as the rapper, while Kalin sang the co-written lyrics.

The duo published their first single, “More Than Friends,” on YouTube in April 2011, two months after their fateful encounter at the premiere. The upbeat song was an instant hit. They decided to put their respective careers on wait and concentrate on their partnership after receiving a favorable reception. It was a risk that almost instantly paid off as their next big song, “Summertime Love,” followed their first.

Myles remembers the beginning of their relationship, “I was just like…creating beats in my room and I just had a microphone from Guitar Center that I got and he came over and we put out a song like that weekend and got a great response and just thought, ‘Yo, we should keep doing more music,'”

Why Myles Parrish Is So Unique?

Millennial artists have the advantage of not having to wait around in the hopes of being noticed. You have options for showcasing your talent, and if you’re any good, fame and acclaim will come knocking at your door. With Myles Parrish and Kalin White, it was the same. Within a few months, the two were holding concerts all over, drawing an audience that became known as the “KAMFAM” fan base. It is not unexpected that record labels became involved.

The duo’s first EP, “Chasing Dreams,” and its follow-up, “K&M University,” were both published in 2013. When “Republic Records” signed them in 2014, their career reached a new peak. The same year saw the release of two additional extended plays, Chase Dreams and Dedication, with the former debuting at No. 6 on the Rap Albums Chart. Following up on their EP, the team embarked on a successful headlining tour. The duo appeared to be hitting all the right notes with the release of their debut album and a ‘Next Big Thing’ nomination at the ‘Teen Choice Awards’ in 2015, but then something unexpected happened.

Past Fame of Myles Parrish

All good things, as they say, must come to an end. When Kalvin and Myles announced their separation in a joint statement on March 30, 2016, fans all around the world were given the shock of their lives. The KAMFAM begged for a reunion as they were shocked and appalled by the revelation. What went wrong with the two, then?

In retrospect, it’s possible that the wall had flaws before. The two were questioned about their bond off-stage in a 2014 interview, and the evasive response was, “We kind of have pretty distinct personalities. When we visit Los Angeles, Kalin attends a lot of parties because he is a very outgoing person. But I’m more mellow; I just like to unwind and create music. Due to the fact that we are quite diverse, we frequently just do what we want.

Maybe music served as the bond that bound these two, whose personalities and tastes were so very different. It’s possible that differences between the two finally grew and overwhelmed them. “After much consideration, we’ve decided to take a sabbatical from making music together to focus on individual objectives,” read the official statement on the now-defunct website. It is a remark that begs much more questions than it answers.

A solo album by Myles called “Don’t feel the same” was released a few months after they split up; it was more of an examination of what went wrong than a song. For the benefit of hip-hop fans and the entire KAMFAM community throughout the world, one can only hope that whatever caused a rift between the two friends and longtime colleagues will be resolved and they will reunite. Or perhaps this is a good thing. Time will only tell. Let’s hope Myles Parrish continues to make music for the time being—what it’s he does best!

One of the wealthiest and most well-known R&B singers is Myles. Our research of Wikipedia, Forbes, and Business Insider revealed that Myles Parrish has a net worth of $5 million.