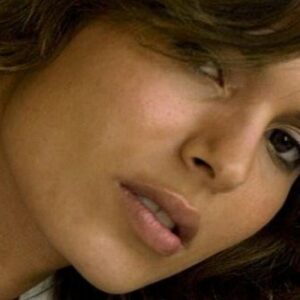 Nadine Velazquez is an American actress and model who has built a name for herself in both television and movies. She is renowned for her roles in television shows such as ‘My Name Is Earl’ and ‘Major Crimes,’ as well as films such as ‘Ride Along 2’ and ‘Flight.’ This Latina beauty appeared in numerous print advertisements before landing her first acting role in a McDonald’s commercial. She began her career in television and movies with minor roles before landing her breakout role in the American sitcom series ‘My Name Is Earl,’ in which she played Catalina Aruca for all four seasons. With her extensive television experience, she went on to star in shows including ‘The League,’ ‘Hart of Dixie,’ ‘Real Husbands of Hollywood,’ and ‘Major Crimes,’ as well as television films like ‘The Last Ride’ and ‘Husband for Hire.’ She has demonstrated her flexibility by appearing in films such as the drama thriller ‘Flight,’ the action comedy ‘Ride Along 2’, the action thriller ‘Snitch,’ and the romance comedy ‘The Bounce Back.’ Her achievements don’t stop there! She continued to serve as a judge for the famous Miss Universe 2008 beauty pageant and also hosted the Miss USA 2009 pageant, in addition to being named to the ‘Maxim’ magazine’s Hot 100 list multiple times.

Velazquez began her career as a model and actress in the glamorous world of Hollywood. The Latina has appeared in a variety of print advertisements and worked on a number of television and film projects during her career, with her first acting role being that of a drive-through lady in a McDonald’s commercial.

She made her film and television debuts around the same period, but she struggled to find popularity at first. Her early films, such as ‘Biker Boyz’ (2003) and ‘Blast’ (2004), featured her in supporting roles. Velazquez gained notice and admiration as an actress in some of the most significant American films, sharing screen space with known performers, despite continuing to do non-starring roles in films. These include the action-crime thriller ‘War’ (2007) starring Jet Li and Jason Statham, the drama feature ‘Flight’ (2012) starring Denzel Washington, the criminal drama ‘Snitch’ (2013) starring Dwayne Johnson, and the action comedy ‘Ride Along 2’ starring Ice Cube and Kevin Hart (2016).

Kristin Peralta was her first leading part, which she played in the romantic comedy ‘The Bounce Back,’ which was released on December 9, 2016 in the United States, although the film did not do well for her. Her upcoming romantic comedy film ‘Aztec Warrior,’ which stars Terry Crews, Luis Da Silva, and Luis Guzmán, among others, will see her play the major character of Lisa.

Beginning her career in television with minor roles in series and films, she was cast as Maricruz Delgado in the American TV serial drama ‘Prison Break,’ and portrayed Catalina Aruca, a seductive hotel maid/stripper in the American comedic series ‘My Name Is Earl.’ The producers altered Catalina’s ethnicity from Russian to Latina after her successful audition.

She received accolades and recognition for the series, which aired on NBC from September 20, 2005 to May 14, 2009, and in which she appeared in all four seasons, totaling 96 episodes, as well as several nominations, including the ‘Screen Actors Guild Award’ in 2006 and the ‘ALMA Award’ in 2006, 2007, 2008, and 2009. Her celebrity cleared the opportunity for her to star in other important American television series.

Her net worth is believed to be approximately $3 million USD as of April 2017.

On November 20, 1978, in Chicago, Illinois, United States, this Puerto Rican American was born. She graduated from ‘Notre Dame High School for Girls’ and then ‘Columbia College Chicago,’ where she earned a bachelor’s degree in marketing in 2001. From 2005 through 2011, she was married to Marc Provissiero, a talent agent from Philadelphia.